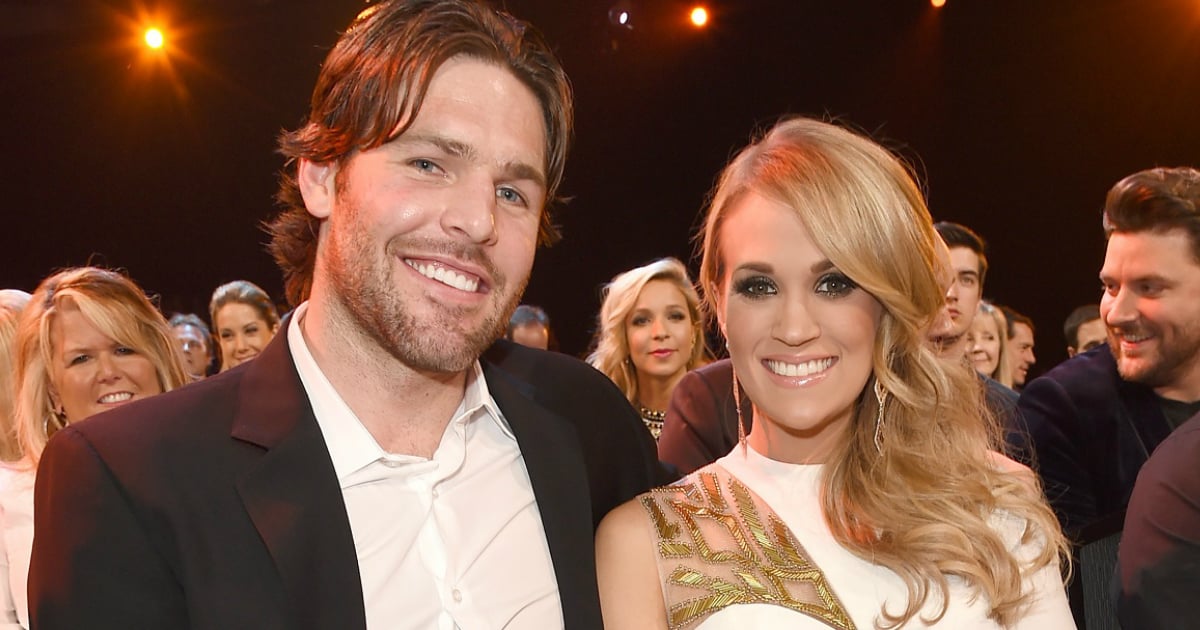 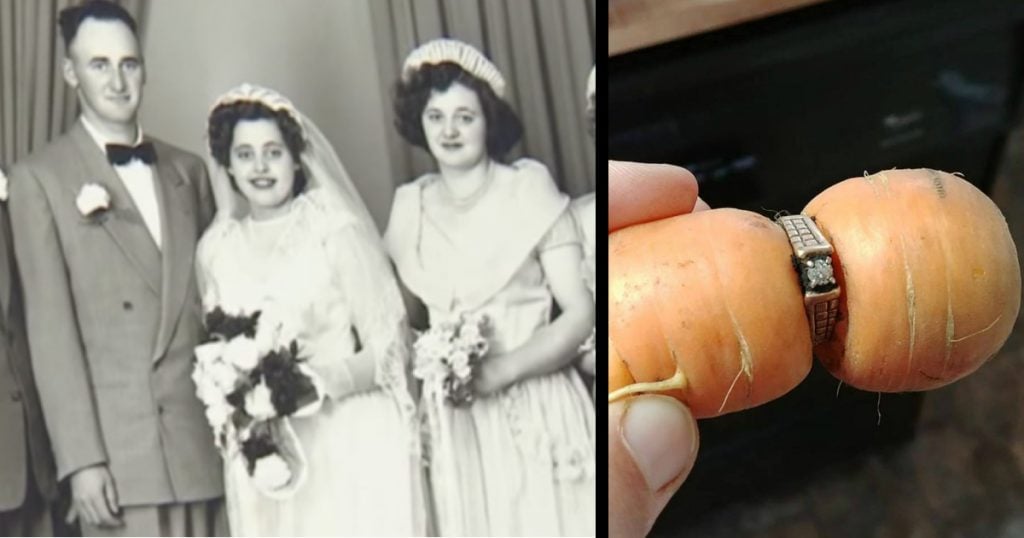 Mary Grams of Canada was devastated the day she lost the engagement ring Norman gave her. She thinks the ring came off when she was pulling weeds on the family farm in 2004.

“We looked high and low on our hands and knees,” she said. “We couldn’t find it. I thought for sure either they rototilled it or something happened to it.”

Mary quickly went out and bought a knock-off to replace the missing engagement ring. Her son, Ryan, was the only other person she told. But little did Mary know, a carrot would out her secret many years later!

Mary, now 84 years old, has since moved. But the farm, which has been in the family for 105 years, remains with her children and grandchildren. One day, Mary’s daughter-in-law, Colleen, was doing some gardening of her own. And to her surprise, she pulled out a carrot holding the missing engagement ring!

“If you look at it, it grew perfectly around the [ring]. It was pretty weird looking,” Colleen said. “I’ve never seen anything like that. It was quite interesting.”

Colleen showed her interesting find to her husband, who immediately recognized it as his mom’s missing ring from 13 years ago. 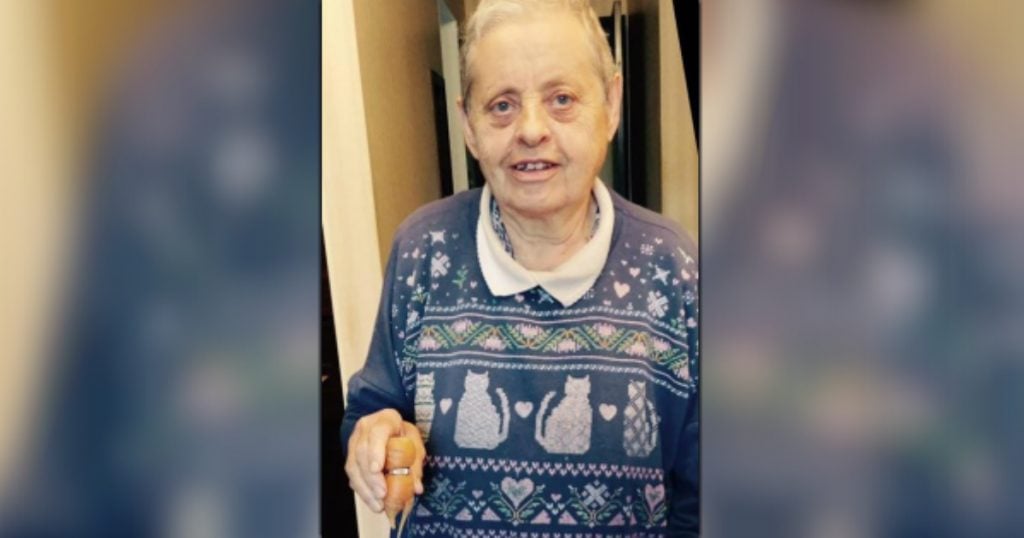 Sadly, Norman has been gone for 5 years. He passed away just one month after his and Mary’s 60th wedding anniversary. Still, Mary is glad the cat is out of the bag on her secret, and she’s even more ecstatic to have her real engagement ring back.

And even after all these years, it still fits perfectly!

“I’m going to wear it because it still fits,” Mary said happily.

YOU MAY ALSO LIKE: Why Joanna Gaines Refused To Upgrade Her Engagement Ring