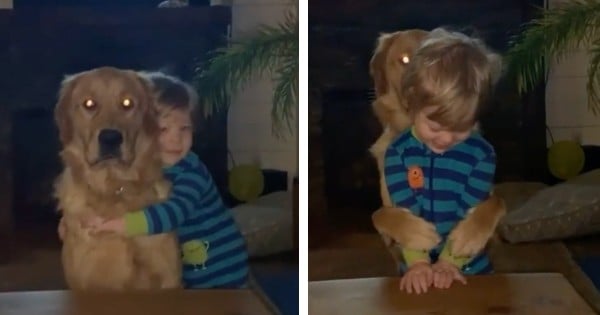 Screams erupt as a cat jumps out the window from the 5th floor to escape a burning building. But clearly, God gave this feline angel wings because Hennessey the lucky cat walked away unharmed!

It's fight or flight people! What would you do if you were on a high floor in a burning building? I'd definitely have to wait for someone to rescue me, but the decision might be easier for a cat to make.

RELATED: A 3-Year-Old Fell Out A Window And Jesus Was Right There To Save Him

I'm guessing that no human would be able to jump from that height and end up alive or unharmed. Stunt professionals probably don't make jumps higher than the second floor without some serious cushioning underneath!

So…fight or flight, Hennessey? Since nothing can beat a fire other than water and fire extinguishers, this frisky fella knew just what to do.

Cat Jumps Out The Window To Escape Flames

The cat quite literally took flight. Stuck on the 5th floor of a burning building, this feline took a few seconds to assess the situation. He seemed to figure out the best path to take to get to the outside ground as safely as possible.

RELATED: Strangers Race To Save Dog Dangling From Balcony Just Before He Falls 3 Stories

Even though the video is somewhat far away, you can see his little leg stretch down as far as possible, reaching for a tiny ledge on the side of the building. And then — the cat jumps out the window.

It looks like the brave pet pushed himself out of the window and off of the building. He even managed to land on the other side of the stone wall!

You can hear some concerned shouts and screams of the people watching once they realized that the cat leaped from the building.

But this brave little guy simply bounced off the ground like he had shock-absorbers in his legs and scurried off!

Luckily, no humans were injured either.

God was watching out for His little feline friend and the humans on that scary day! Prayers for those who may have lost belongings in the fire.

YOU MAY ALSO LIKE: Horrified Strangers Rush To Help After Boy Falls 5 Stories From A Window

Though he fall, he shall not be utterly cast down: for the LORD upholds him with his hand. Psalm 37:24

WATCH: Cat Jumps Out The Window From The Fifth Floor

Nine lives for a cat that jumped from fire at 65th and Lowe. Cat hit grass bounced and walked away! pic.twitter.com/LRBsjMta2Z