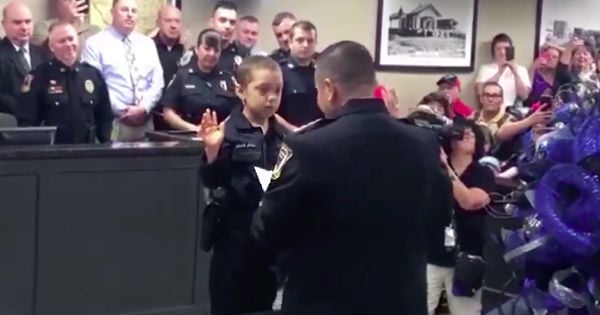 When desperate widow Sarah Lindgren got caught shoplifting at Walmart, it wasn’t a proud moment. But the police officer on the scene listened to her story and decided she deserved a second chance. Then, he showed up later on her doorstep, ready to lend a helping hand!

As 61-year-old grandma Sarah Lindgren rang up her groceries at the self-checkout in Walmart, her heart sank. Thanksgiving was on its way and she’d promised her family a good meal. But as her total kept climbing, her mind flashed to the cash in her wallet.

RELATED: A Grandma Was Caught Shoplifting Eggs To Feed Her Family

That’s when Sarah came to an awful realization — she simply didn’t have enough to cover all of her groceries. And in that split second, the desperate widow made a terrible decision. She decided to risk getting caught shoplifting at Walmart.

"It had been a while since we'd had a good meal," Sarah said. "I was determined to give them a good meal no matter what it cost me."

The grandma bagged up the food she couldn’t afford without scanning it and made her way toward the door.

"I knew what I had done was wrong," she said. "I just didn’t care anymore."

Leading up to getting caught shoplifting at Walmart, life had been really hard for Sarah Lindgren. Her husband, who served as the family’s provider, died unexpectedly years prior.

This left his widow as the head of the household to care for their daughter with special needs, Danielle, along with the 8 other children and grandchildren living with them.

The 61-year-old grandma didn’t want to rely on government handouts. But over the years, things just kept getting tighter and tighter.

"For me, I've always been able to maintain and help my family, but sometimes you just can't," she said. "You just don't know how to ask for help." 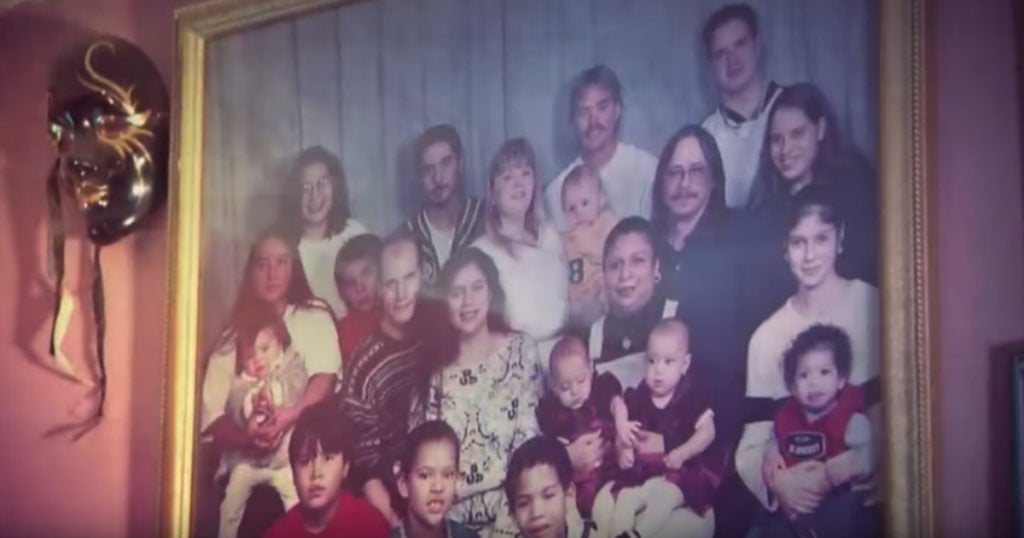 For a while, Sarah’s husband’s life insurance helped. But then it ran out. And between Danielle's medical issues and some car accidents, it was all Sarah could do to keep their heads above water.

Finally, Sarah found herself standing at the checkout with a cart of groceries she couldn’t afford. And with all the recent blows life had dealt, she caught herself doing something at Walmart she never would have imagined — shoplifting.

"At that point, I was done," she said. "I was just tired and drained. I didn't care anymore."

As Sarah made her way to the door, a Walmart employee stopped her and her 18-year-old daughter, Danielle, who’d accompanied her to the store.

Police officer Bryan Wagner of the Woodbury Police Department in Minnesota got the call from Walmart and responded. He was used to getting reports of shoplifting from the store. But this case wasn’t like any he’d experienced before.

Walmart had escorted Sarah Lindgren and her daughter, Danielle, to a small room to wait for the officer to arrive. And when Bryan got there, he walked into the room to find Danielle sobbing.

"Sarah told me her daughter was autistic," he said.

61-year-old Sarah may not have been crying, but she was certainly terrified.

"I wasn't scared for me," she said. "I was scared for my family; what it would mean for me not to be here."

Getting caught shoplifting at Walmart may have seemed like the worst thing. But God knew just what He was doing to get this devoted grandma back on track!

Sarah fessed up to what she did, explaining why. And while officer Bryan Wagner has certainly heard his share of sob stories, Sarah seemed genuine.

"As a police officer, I am lied to often and tend to become skeptical of stories given by people who are potentially being arrested," he said. "I released her from Walmart with a citation for theft. She was remorseful, and, from my experience, it was likely her first time stealing."

So, the police officer decided to show mercy. He wrote Sarah a citation and let her and Danielle go home.

Police officer Bryan Wagner did some further research and discovered the 61-year-old had told the truth.

"There was nothing. She has less speeding tickets than I do," he said. "No negative contacts ever. Our system goes back to the 80s, there’s nothing."

While shoplifting is wrong, Bryan understands the importance of second chances. And not just because of his line of work.

Bryan is still recovering from an accident that occurred about a year and a half ago. A tow truck slammed into the back of his parked squad car. 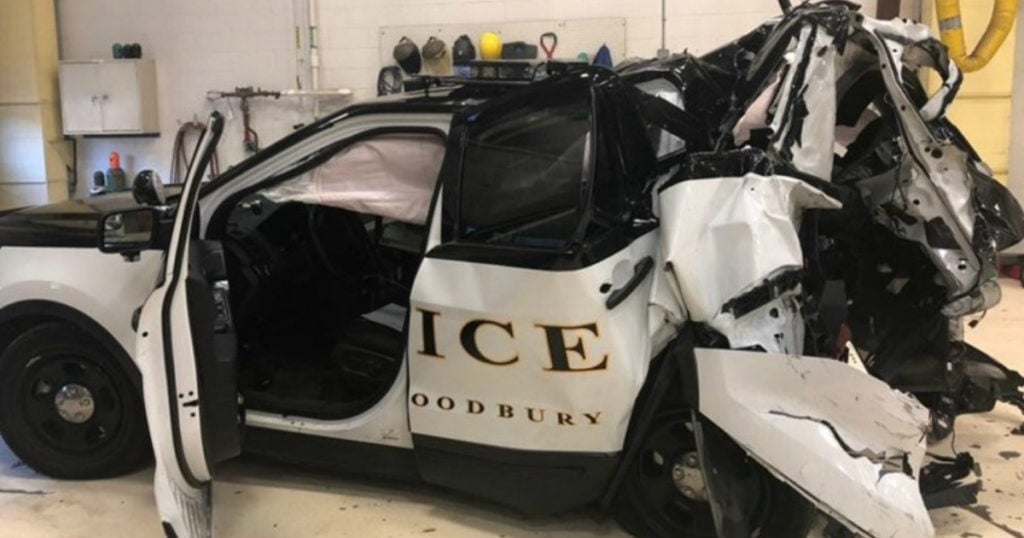 After spending 6 months out of work due to a brain injury, he’s grateful to be alive.

"God gives us second chances and you’ve got to take advantage of them," he said.

After hearing Sarah Lindgren’s story, he knew the desperate widow deserved a second chance, too. And so, he decided to help her.

First, Bryan waived the citation he’d written. Then, he stopped off at the Christian Cupboard Emergency Food Shelf. After explaining how the widow got caught shoplifting at Walmart, the workers loaded the backseat of the officer’s police car with boxes upon boxes of food.

"These are volunteers who are serving customers every week," executive director Jessica Francis said. "But hearing her story really touched them, when you think about how desperate she must have felt."

When Officer Bryan Wagner pulled up outside of Sarah Lindgren’s home, the grandma surely thought she was headed to jail. But then Bryan explained why he was there.

"Couldn’t believe it, I was just overwhelmed, stunned, in disbelief," Sarah said.

And as the police officer showed her all of the food he’d brought, Sarah felt even more ashamed over being caught shoplifting at Walmart.

“She told me to bring it back,” Bryan explained. “She said, ‘I don’t deserve this, I committed a crime.'”

But Bryan refused. He also told her about the voided citation, telling her to throw it in the trash.

Bryan could have punished Sarah for the poor choice she made in the midst of her desperation. But instead, he chose to show her mercy. And his compassion made a bigger impact than any punishment would have.

"He made me feel like I wasn’t all alone, like I wasn’t carrying the whole load by myself," a tearful Sarah Lindgren recalled. "He’s my guardian angel."

The Power Of Grace

And she’s sharing her inspirational short story, even though she knows she’ll catch criticism. She knows some people will say, “You shouldn't have done what you did. You deserve to go to jail.”

"They're probably right,” Sarah says. “But there's going to be some who know what I'm talking about. They know what I'm feeling. They've been through it."

Sarah is sharing the story of how, by giving her grace, the police officer restored her faith in humanity. And she hopes her story inspires and encourages others.

"It has opened my eyes," she said. "There are people out there that are willing to help if you ask."

YOU MAY ALSO LIKE: Walmart Employee Returns Lost Wallet Full Of Cash And Is Bewildered When Police Show Up

And Officer Bryan Wagner admires the grandma for opening up.

“In the grand scheme of life, it's a tiny mistake she's made," he said. “I commend her more than anything to coming forward and facing protentional criticism from people to say, ‘This is where I've been, get help, it's okay’.”

Getting caught shoplifting at Walmart probably felt like one of the worst moments in Sarah’s life. But it just goes to show how God can use our biggest messes to work miracles!