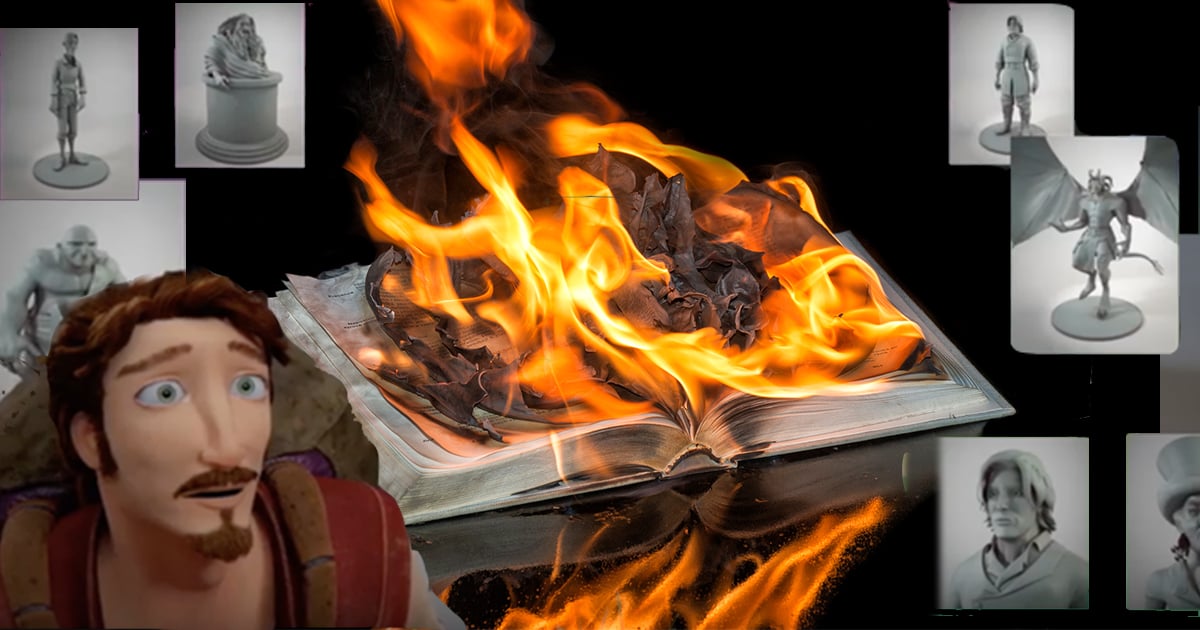 The way celebrities react to adversity can say a lot about their character. Because stars are constantly in the public eye, they are often subjected to cruel comments and criticism on just about anything they do. But here are some examples of celebrities who responded to their bullies in the best possible way!

When “This Is Us” star Chrissy Metz wore a burgundy latex dress to the MTV Movie & TV Awards show, some mocked the outfit because of her weight. But Chrissy is no stranger to fat-shaming. And she wasted no time putting the bullies in their place!

Chrissy knows what it is to struggle. She came from humble beginnings, and her rise to fame took place seemingly overnight. Before her big break, it was a long, hard journey of scraping to get by.

RELATED: ‘This Is Us’ star Chrissy Metz’s inspirational story of finding fame

Growing up, food meant love in Chrissy’s family. But it also became her source of comfort.

Chrissy was bullied about her size in elementary and middle school. Her weight came up time and time again as she tried starting her acting career in the skinny-obsessed Hollywood. Despite her obvious talent, the available plus-sized roles were usually the butt of jokes, with character names like “”Chunk” and “Heavy Girl.”

But Chrissy has learned to find confidence in herself as a person, not a size. 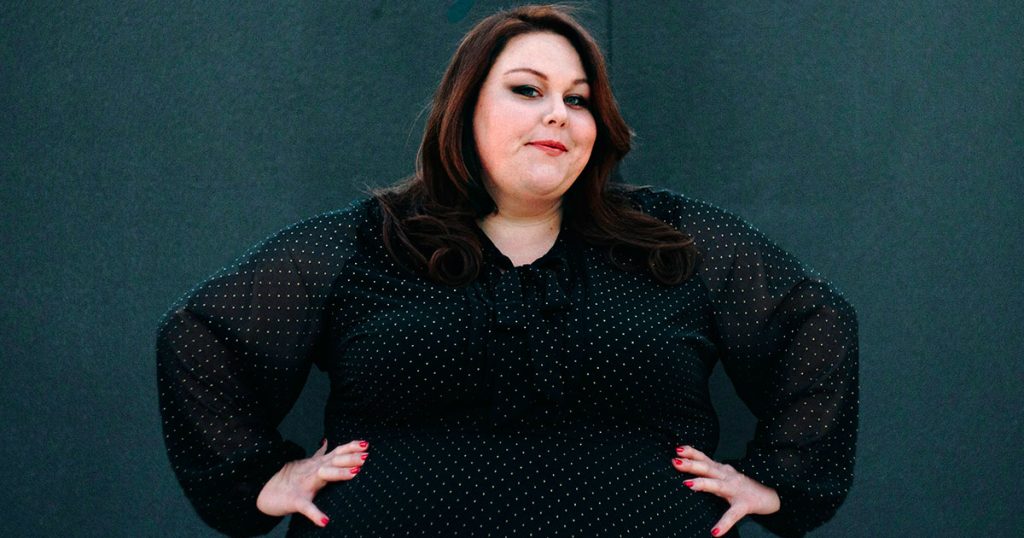 “Size doesn’t equate to beauty. I don’t understand why that’s a thing. Well, I do, because the media has told us thin is beautiful. But is it?” she explains.

So, landing her role as Kate on “This Is Us” was a victory in many ways. Not only did it launch Chrissy’s acting career, but it’s given her an opportunity to spread a body-positive message — something she’s passionate about.

“It’s a really raw and vulnerable portrayal of a plus-size woman,” Chrissy says of the character she plays.

So many have been encouraged and inspired to watch Chrissy redefine Hollywood’s views on plus-sized women. But being in the spotlight can also bring its fair share of criticism, especially in regards to weight.

When Chrissy turned up at the MTV Movie & TV Awards show to present the award for Best Duo, she did so in a knee-length burgundy latex dress, which she wore with flats.

The star has always been a fan of bold colors and prints, and her stylist says this dress has been a dream of hers for a long time.

"She does not care about anyone's opinions as long as she feels good and looks great. It was a [fashion] moment she's been wanting for a long time," Chrissy’s stylist, Jordan Grossman, explained. "Regardless of what anyone said or says it's really her moment so they can't take that away from her."

So when Internet trolls saw Chrissy’s dress, they started making snarky remarks about her weight.

The way celebrities react to body-shaming can send a strong message to society. And Chrissy wasted no time in firing back to let the bullies know they had no right telling her what she should wear.

For the record, I wear what I want, when I want. News flash it’s
MY body. #thankstho

“For the record, I wear what I want, when I want," she wrote on Twitter. "News flash it's MY body. #thankstho."

Sometimes people forget that while celebrities may be in the limelight, they are still just people. They have feelings and insecurities just like the rest of us. And after all, aren’t we called to encourage each other?

“For God did not appoint us to suffer wrath but to receive salvation through our Lord Jesus Christ. He died for us so that, whether we are awake or asleep, we may live together with him. Therefore encourage one another and build each other up, just as in fact you are doing.” 1 Thessalonians 5:9-11

Chrissy isn’t the first celeb to take a stand against the haters. Here are some other ways celebrities react to bullies that have us cheering! 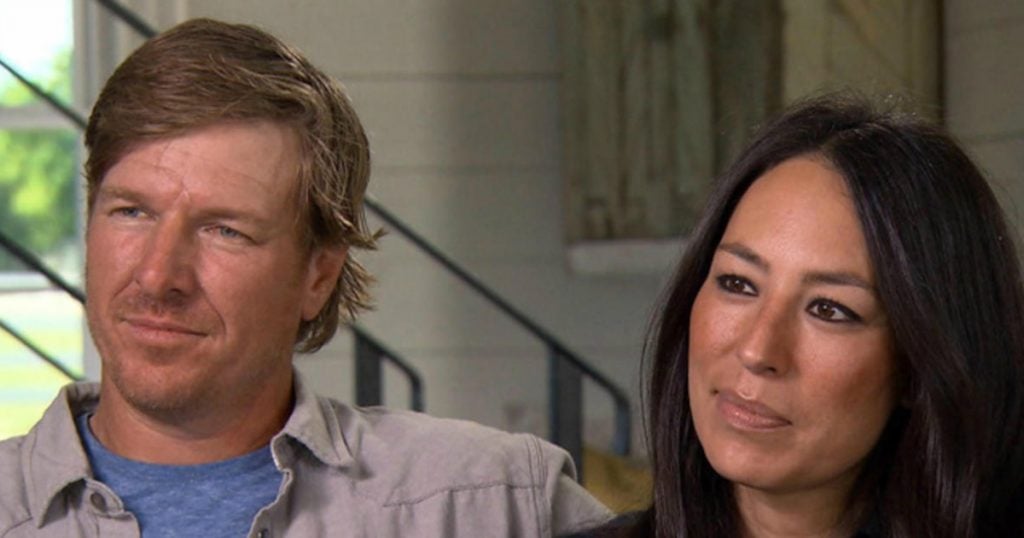 When an article criticized the pastor of Chip and Joanna Gaines' church for his beliefs on same-sex marriage, the media tried to drag the HGTV sweethearts right into the middle of the controversy.

RELATED: Chip and Joanna Gaines respond to backlash in the most respectful way

But rather than jumping into the fight, these two Christian celebrities react to the criticism with grace and compassion. Chip and Joanna asked their fans to show respect to the author of the article.

“Jo and I refuse to be baited into using our influence in a way that will further harm an already hurting world, this is our home. A house divided cannot stand," Chip later went on to write on his blog about the whole ordeal.

Of course, we’d expect nothing less from this classy couple! 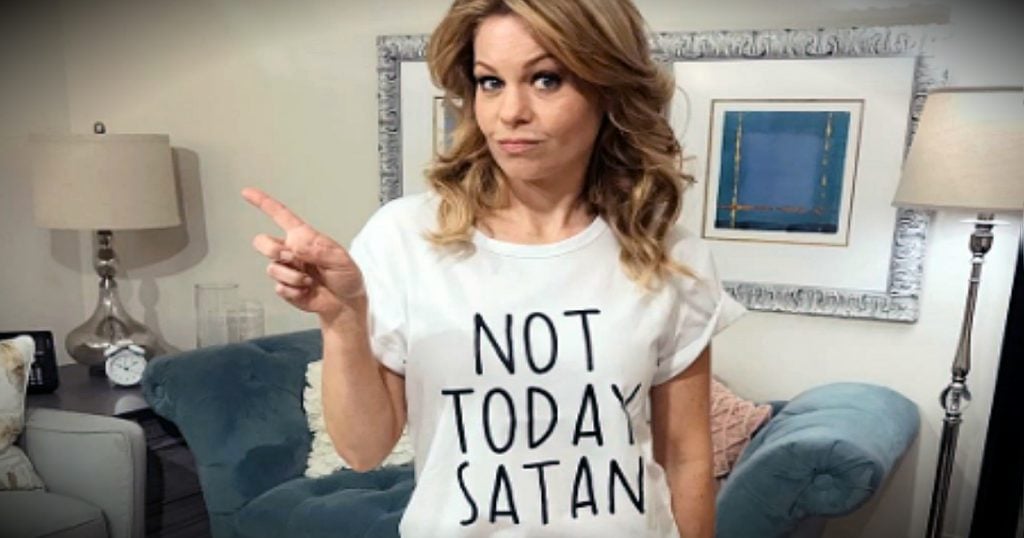 Candace decided to let the Enemy (and Instagram) know she wasn't messing around by sporting a T-shirt that read "Not Today Satan."

While the "Not Today Satan" saying has certainly been around for some time, it was also a popular catchphrase used by drag queen Bianca Del Rio on the reality TV series "RuPaul's Drag Race." Bianca fired an attack on the Christian actress after seeing her photo, as did many of Bianca’s fans.

Rather than fire back a snarky remark or get into a debate about differing beliefs, Candace Cameron Bure responded calmly:

“Loving Jesus doesn't mean I hate gay people or anyone. You sent a bunch of hateful people to my page writing horrible things. I hope next time you'll spread love and kindness, even when you disagree with people.”

Here’s where you can read Candace Cameron Bure’s full response.

Like most moms, country singer Jana Kramer loves taking and sharing pictures of her precious baby girl, Jolie. And she was thrilled when it came time for the bottle-fed 4-month-old to give transitional solids a try.

Jana announced the milestone by posting a photo to her Instagram account of the grocery store conveyor belt filled with baby food, along with the caption, "And it begins." To Jana's surprise, many of the responses to the photo were folks criticizing her for opting to purchase baby food from a store, rather than steam, puree and prepare the food herself.

Jana replied with a photo of her handwritten note asking the mommy-shamers to leave Jolie’s parenting to her. (Here’s where you can see Jana Kramer’s full response)

"We're all going to raise our children differently," she went on to say. "Moms need all the help we can get and I just wish that we would all work together and not against each other."

4) Patricia Heaton Is Pro-Life And Proud 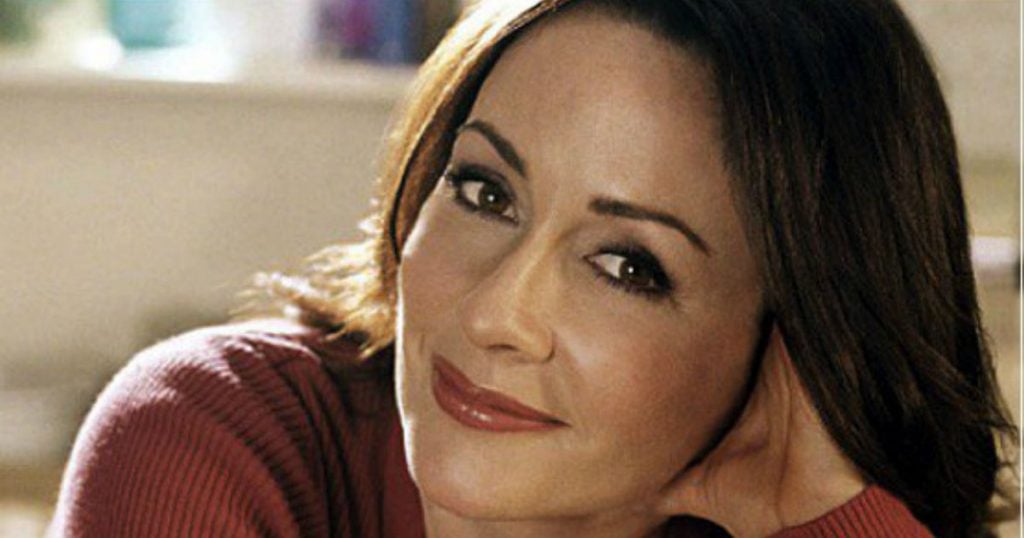 Patricia Heaton is an avid Christian who’s been speaking out about abortion for years. Obviously this is a hot topic, but things got especially heated when the star re-tweeted a message about a Washington D.C.-based, pro-life pregnancy center.

Pro-choice advocates began attacking Patricia on Twitter. And the outspoken star was not afraid to take them on! After quoting 2 Timothy 1:7, Patricia began replying to the Tweets attacking her pro-life stance.

“For God has not given us a spirit of cowardice, but of power, and of love, and of self-control.”

RELATED: Patricia Heaton Children Won’t Get Gifts: Christmas is about ‘Celebrating the Birth of Jesus’

It’s so encouraging to see a Hollywood star unafraid to openly support and defend a pro-life opinion.

"In the Hollywood community, I'm the only one I know who says anything about it [abortion],” Patricia explained. “I feel like I'm supposed to."

Here’s where you can read more of Patricia Heaton’s replies.

When Celebrities React To Haters

Most of the time, public figures do their best to just ignore the constant onslaught of unsolicited feedback that pours in from social media. But it’s important to remember that, when celebrities do react to cruel comments, they are human beings who have feelings, too.

While the Internet has done a great job of expanding our opportunities for self-expression, it’s important to remember we’re held accountable for what we say online just as much as what we say in person. If it’s not something that will build up and encourage, then it’s probably best not to say it OR type it!

YOU MAY ALSO LIKE: A message from ‘the fat girl’ to the bullies at the gym

“And I say to you that in the day when they are judged, men will have to give an account of every foolish word they have said.” Matthew 12:36