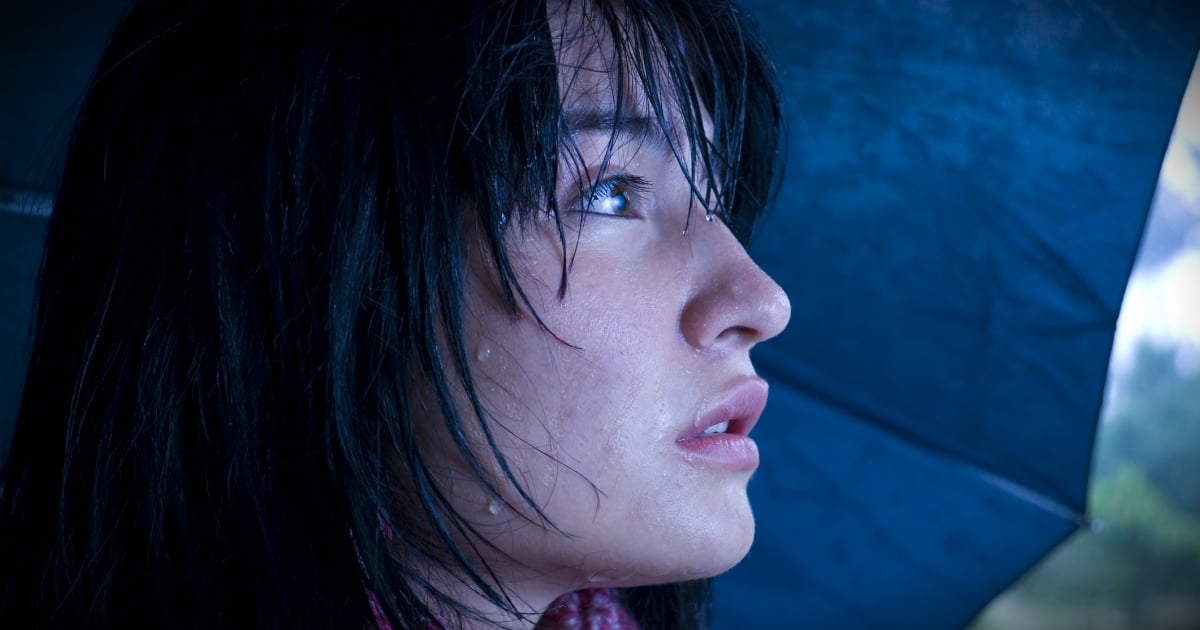 Will God Discipline A Cheating Husband?

Betrayal by a loved one will test even the strongest Christian. One jilted wife finds herself wishing for her cheating husband to face vengeance. Dr. Roger Barrier shares his advice on how to handle these types of feelings and situations. And what he says is eye-opening! 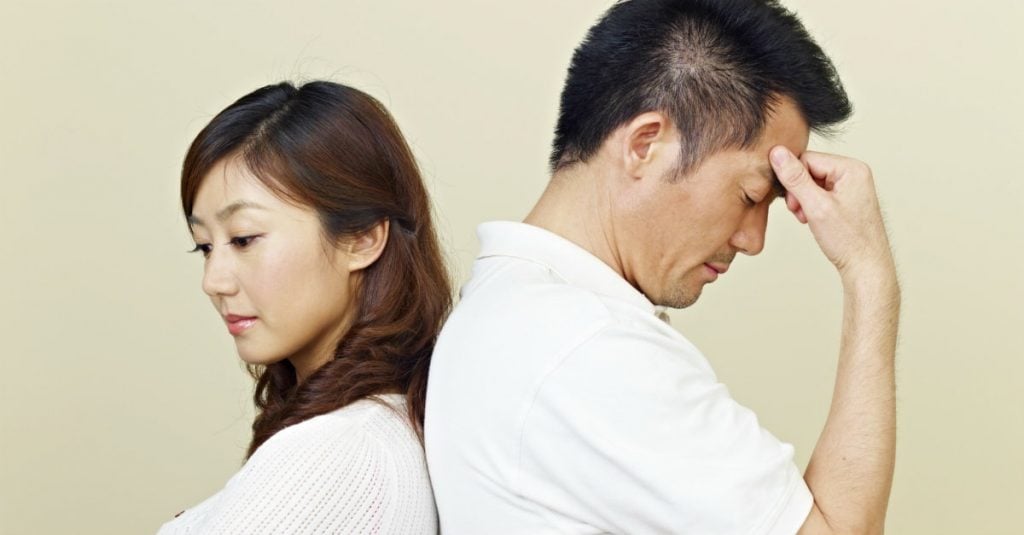 The Question About A Cheating Husband

I have a question to ask. I have been a Christian for my whole adult life and I know that God will never leave me. After 23 years of marriage and three very godly kids, my husband cheated on me and then divorced me. He ripped our family apart. I really have not told anyone at church and I really don’t want people to know, but I just need to know that God will make him and her pay for what they have done!

I am being very godly; I have not done anything to get back at them but I have prayed that God would. I know that God is a God of grace but I need to know that God will discipline him. My kids are 23, 20 and 18. I raised them in Christ and they do not believe in sex before marriage. My ex was not a good Christian so they are not that shocked, but my kids and I are. I really want them to see God at work in me and also in them. Thanks, I hope you can help me find the faith to stay godly.

It is neither unspiritual nor unchristian to want to see them suffer. These feelings are natural, honest, God-given human emotions.

What we do with them is what matters.

We don't want the anger to ooze into bitterness, nor do we want unforgiveness to fill our souls.

I've had my share of enemies throughout 40+ years of ministry. I hate to admit it, but I've had unchristian thoughts and prayed for God to bring judgment and vengeance on those who've hurt me. I used to feel quite guilty about this until I discovered that David had the same feelings.

On more than one occasion I've prayed imprecatory Psalms with David. My special favorite is in Psalm 97. Writing about one particular adversary, David prayed:

May his days be few; may another take his place of leadership. May his children be fatherless and his wife a widow. May his children be wandering beggars; ... May a creditor seize all he has; may strangers plunder the fruits of his labor. May no one extend kindness to him or take pity on his fatherless children. May his descendants be cut off, their names blotted out from the next generation. May the iniquity of his fathers be remembered before the LORD; may the sin of his mother never be blotted out. May their sins always remain before the LORD, that he may cut off the memory of them from the earth (Psalm 109:7-15).

How To Handle A Cheating Husband (continued)

My heart aches for you - and for the broken family around you. The betrayal is intense. The pain you see in your children brings you double anguish. You have your own hurts; but you also hurt for your children. 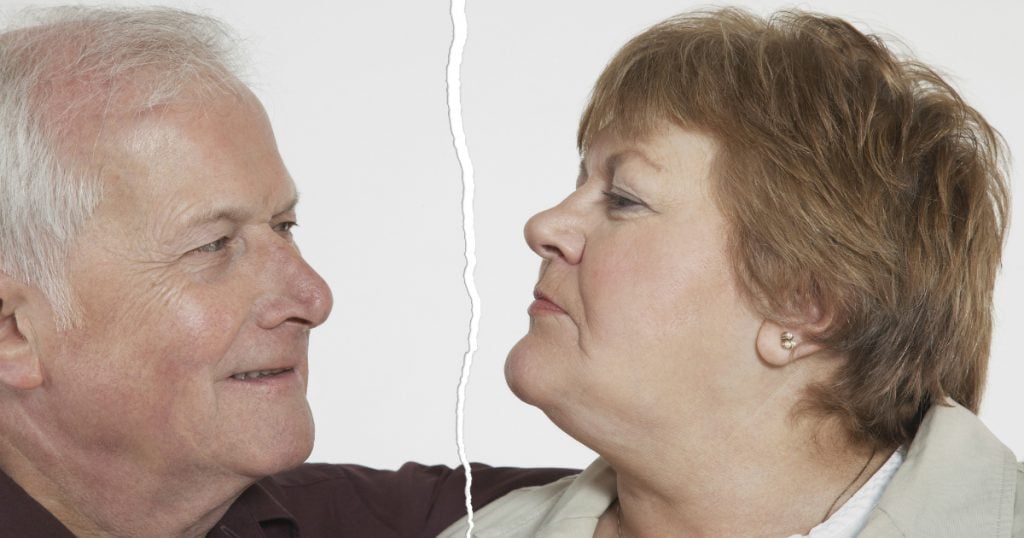 Once upon a time a man in our church wanted to get me fired. I realize now that I hurt him as much as he hurt me. I didn't see that then; I just wanted God to bring dastardly destruction upon him. After one particular maneuver he said to one of our elders, "I have him now. They'll be lined up outside his door on Monday morning demanding his resignation." Well, nobody lined up outside my door. No one demanded my resignation. He and his small entourage soon left for another church.

However, the hurt and pain were incredible.

I imagined that he would one day beg like the rich man in Hell for Lazarus to dip his finger in the water and give him a drop because he was "tormented in the flames" (Luke 16:19-31).

One night, I had a dream (a nightmare, really). I was a lieutenant during World War Two. We had captured a squad of German soldiers. One of my men asked if we could shoot them. I responded, "Certainly not, we are Americans; we don't shoot our prisoners." Suddenly, one of the Germans turned and I recognized him as my long-time enemy. I screamed, "Shoot him! Shoot him! Shoot him!" Julie shook me awake. My jammies were soaked with cold sweat.

I decided that I'd had enough. Julie and I knelt beside our bed at three in the morning and once more I prayed to forgive him. My unforgiving heart was not costing him a thing. But, the inner, unresolved pain and anger was gnawing away at my soul.

Jesus modeled for us during the crucifixion the proper process for forgiveness. 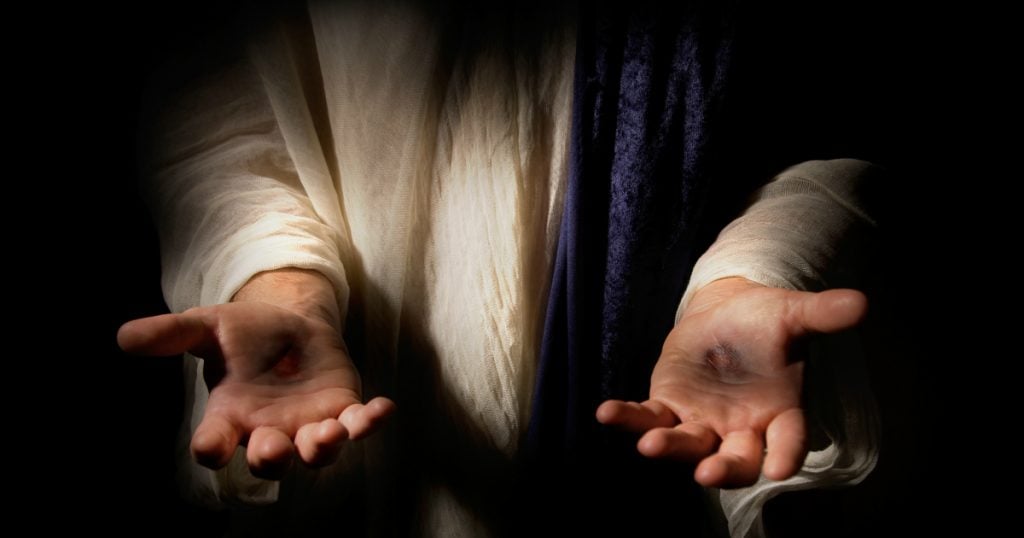 Jesus said in Mathew 5:4: "Blessed are those who mourn, for they shall be comforted."

Mourning and receiving comfort are integral parts of healing and forgiveness. We can mourn alone, but we can't comfort ourselves alone. We need somebody else for that.

Listen to the pain in Jesus's voice:"My soul is overwhelmed with sorrow to the point of death" (Matthew 26:38). Does this not sound like mourning? Jesus wanted His Disciples to comfort him. Instead they went to sleep. Fortunately, angels were there to comfort him.

Christians are given a ministry of comfort:

RELATED: Her Husband's Response To A Lewd Text From The Nanny Made My Day

"Praise be to God the Father of our Lord Jesus Christ, the Father of compassion and the God of all comfort, who comforts us in all our troubles, so that we can comfort those in any trouble with the comfort we ourselves have received from God" (2 Corinthians 1:3-4).

Second, Jesus Understood The Truth Of What Was Happening. 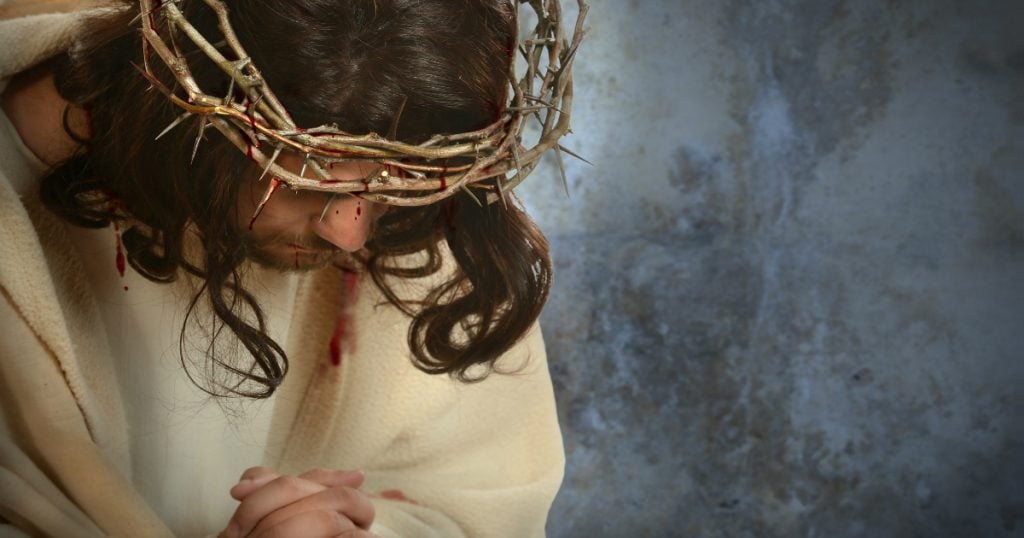 "Father, forgive them, for they do not know what they are doing" (Luke 23:34). He was able to forgive because He knew that the Roman soldiers were just doing their jobs.

Your husband and his adulterous girl friend most likely had little idea of how much pain they were causing you and your children. If he only knew the pain and long-term, life changing destruction that his actions were going to cause, he might have thought twice about what he was doing. There is no excuse for his behavior. The truth is that he did a stupid, wicked thing. The truth is, statistically, his new marriage has a 78 percent chance of failing. He’s most likely ignorant of the vast desolation he brought into your life. Like the Roman soldiers, he did not know what he was doing.

Finally, Jesus Forgave Those Who Hurt Him. 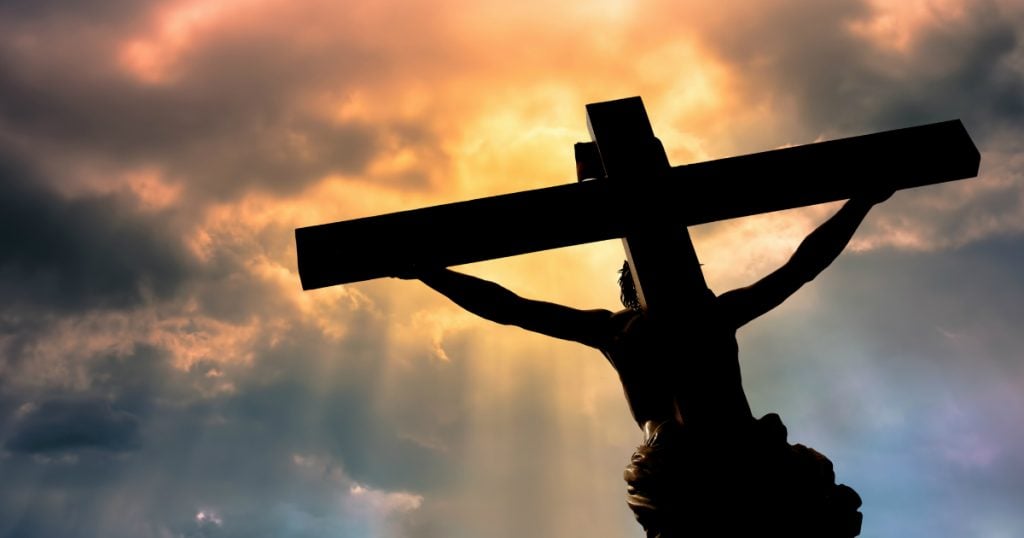 After mourning His hurt, and understanding the truth of what was happening, Jesus was able to forgive those who wounded Him. "Father, forgive them," included not just the Roman soldiers. The word “them” included Caiaphas, Herod, Pilate and a host of others.

Let me share some thoughts for you to consider as you can get past this tragedy. Forgiveness is the only plan Jesus gives for achieving peace and victory as you struggle with your desire for vengeance.

First, forgiving does not mean that we let those who hurt us "off the hook."

They need to pay for what they did. This is what justice is all about. When we forgive we may let them off our "hook," but they are still on God's "hook"! Remember the Lord says, "Vengeance is mine." So, let Him do His work. He dispenses justice in His own time.

Second, forgiving is not a sign that we're weak.

Forgiveness is a courageous act that integrates the grace, kindness, and compassion of Christ.

Third, forgiving does not mean that we forget what they did to us.

Whoever told us that we can "forgive and forget" was quite misguided. The pain of some things is so intense that we will never forget them. Nevertheless, by God's grace we can forgive them even though we may never forget what they did to us.

RELATED: 5 Ways You May be Cheating on Your Spouse without Realizing It

Fourth, forgiving doesn't mean that we restore the relationship with the one, or ones, who hurt us - as if nothing ever happened.

Something did happen. Trust was broken. Circumstances have changed. Abuse occurred. If the one who hurt us is repentant, we may choose to establish boundaries, giving the offender - over a period of time - the opportunity to regain our trust. We have the freedom to expand the boundary fence if we want to, or to leave it exactly where it is. We can restore the relationship some day if we want - or not restore it at all.

Fifth, you really do want to forgive before deep bitterness and resentment become ingrained.

How To Handle A Cheating Husband (continued)

Finally, it's not possible to be at peace with all people (Romans 12:7). As Christians we feel that we are required to fix every broken relationship and live in harmony with all of our brothers and sisters. Unfortunately, some relationships just will not work out. It is OK to leave them behind and go on with others.

By the way, not long after my 3 a.m. nightmare, I turned the corner at the mall to see my old "adversary" approaching from the opposite direction. We were cordial with each other, said "hello," talked for a moment, and then went our separate ways. I knew all along that he was going to Heaven. It just felt good to imagine that he wasn't. The last I heard he was attending and volunteering service at another church.

I am glad that God refused to answer my prayer for vengeance.

Over time he became a profitable man for the Kingdom.

Dr. Roger Barrier recently retired as senior teaching pastor from Casas Church in Tucson, Arizona. In addition to being an author and sought-after conference speaker, Roger has mentored or taught thousands of pastors, missionaries, and Christian leaders worldwide. Casas Church, where Roger served throughout his thirty-five-year career, is a megachurch known for a well-integrated, multi-generational ministry. The value of including new generations is deeply ingrained throughout Casas to help the church move strongly right through the twenty-first century and beyond. 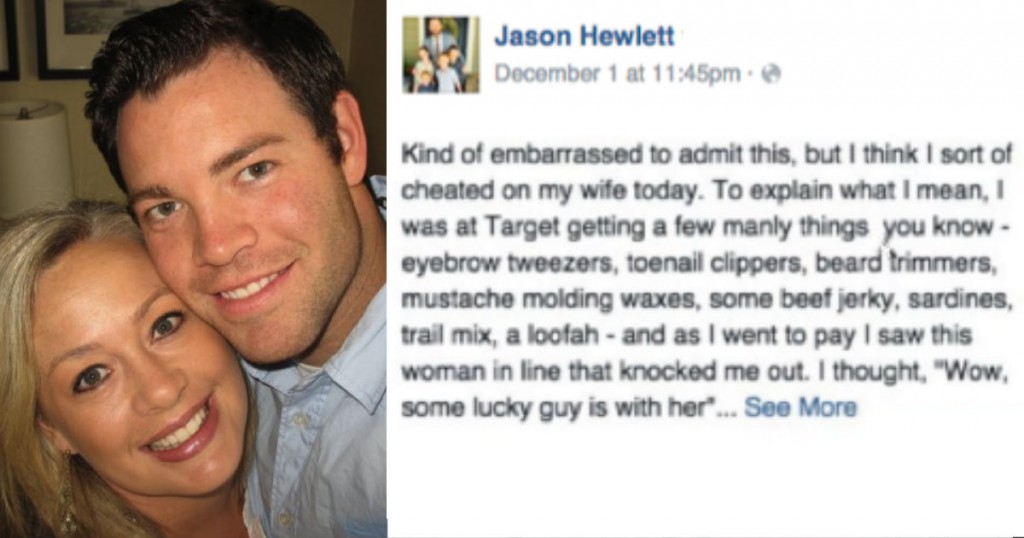