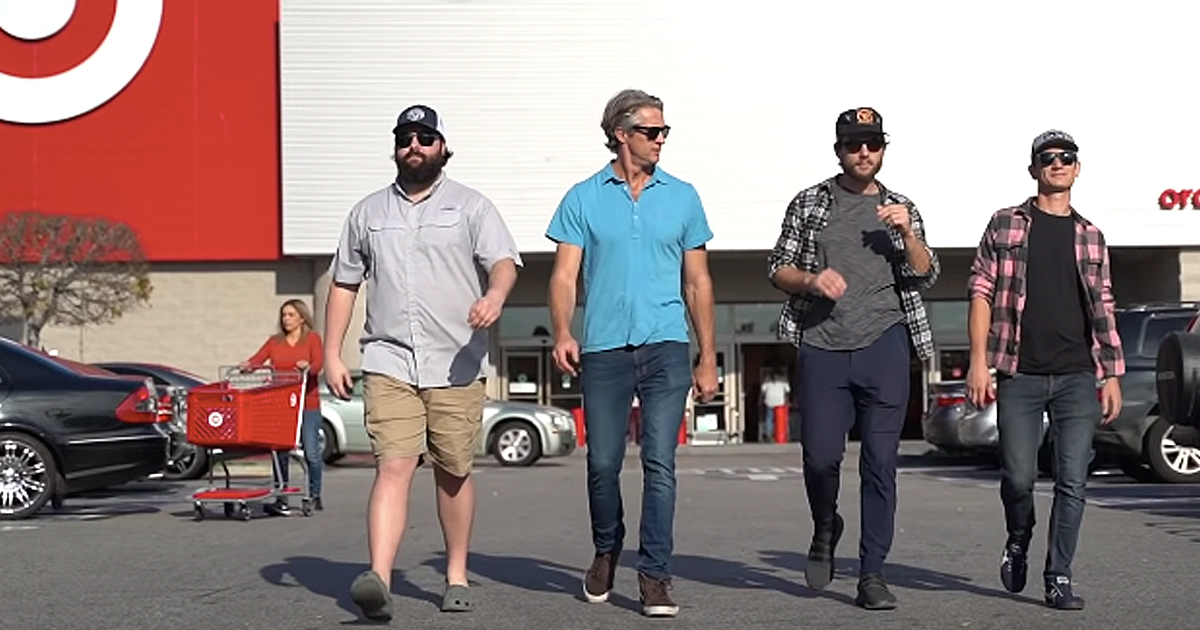 These cheer dads, calling themselves the Daddy Bolts, certainly got the crowd fired up at the Spirit Extreme competition in Sicklerville, New Jersey. But when their hilarious routine went viral, they had got the whole Internet talking, too!

People always say that when a man has a daughter, his heart completely changes. They share a special bond that can't quite be described but there is definitely a love that knows no bounds.

From the moment of her birth, a father is tasked with loving and protecting their sweet girl. As time goes on, he becomes her biggest supporter and ‘cheerleader.'

Well, these cheer dads are taking that title to heart as they take the stage at their own kid's cheerleading competition!

Dads Show Up Their Moves At Cheerleading Competition

Not only do these cheer dads sit in the stands at every competition to watch their little darlings on the mats, but they also get together for their own routines.

Each one of these fathers have girls ranging in age from 3 to 18 participating in the sport. And they decided to show their support by creating their own elaborate cheerleading number, complete with basket tosses and cartwheels.

Move after move, I was seriously impressed with the intricate choreography and stunts.

Before the cheer dads came on stage, I thought this was just going to be a funny parody. I definitely wasn't expecting this skilled blend of synchronicity and humor.

It's obvious that these fathers take their roles very seriously, including being a cheerleader on and off the mat.

The crowd is going crazy for these talented dads and so is the Internet. Over a million people have watched this routine all across social media and the number continues to grow.

YOU MAY ALSO LIKE: Funny Cheer Dads Entertain The Crowd With Dance Routine At Championships

There is no doubt that there is a whole lot of love on those mats. And it absolutely warms my heart to watch!