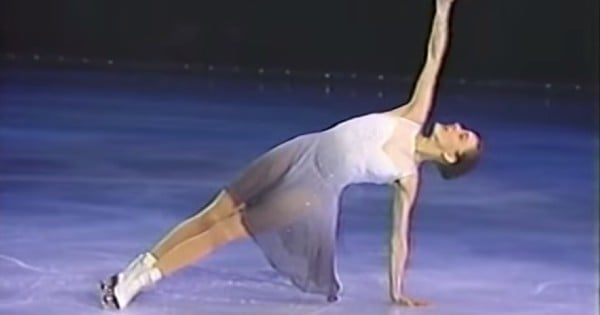 One Chick-fil-A worker gives a car away to a fellow employee in need, and this heartwarming story will have you tearing up over the power of friendship!

Haley Bridges is a 17-year-old from Appleton, Wisconsin who really enjoys working at Chick-fil-A, because she says her co-workers always help one another out.

RELATED: Unexpected Windfall from Gamestop Profits Gave 20-Year-Old Thousands But He Blesses Others

"I started working at Chick-fil-A in late August,” Haley says. “I love working here. Not only are the people that work here amazing, but it has taught me so many new things. I always look forward to going to work, I get to see my second family.”

Haley's friend, 19-year-old Hokule'a Taniguchi, works at Chick-fil-A as well. Hokule'a, also called Hoku, has been commuting to work in the Wisconsin winter by bicycle. And her fellow Chick-fil-A employees were hoping that they could change that.

At their Chick-fil-A Christmas party, there was a raffle where the grand prize was a car.

“Everyone would get raffle tickets, and how many hours you work determines how many you get. I received 5 tickets,” shares Haley.

Haley and her co-worker friends decided that if any of them won the raffle, they would give Hoku the car. They all wanted her to have it and said that she needed it most. What a thoughtful gesture! And as fate would have it, Haley won the raffle.

She continues: "My heart felt as if it was racing and we both stood up and ran to each other. Everyone in the room felt like they were gone, it felt as if it was just us two in the moment. We hugged each other hard and cried so much. Everyone else was either crying or clapping. We all had a big group hug with everyone near us and it felt so unreal experiencing this.”

What an incredible moment that must have been for the two friends! “Hoku told me that if anyone else in the group won it for her, it would be amazing but not the same," says Haley. "It's crazy knowing that I was able to give my best friend a car!”

YOU MAY ALSO LIKE: High School Principal Gets A Job Working Nights At Walmart But The Money Isn't For Him

Such a heartwarming story! Haley says how awesome it is to see Hoku's new car in the Chick-fil-A parking lot, knowing that she now has a reliable way to get to work and around town. This is what a loving friendship looks like!