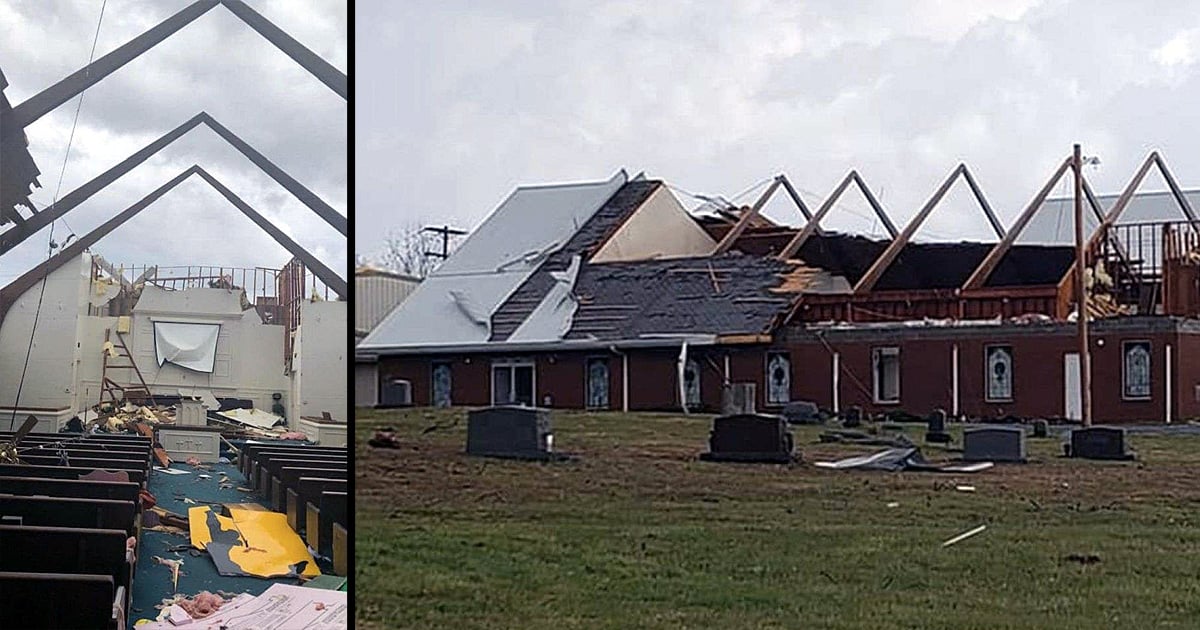 The 2019 film ‘Breakthrough' tells the incredible story of an unbelievable modern-day miracle. But the actress playing the lead role has had divine experiences, too. And hearing Christian celebrity Chrissy Metz on miracles from her own life is truly inspiring!

Actor Chrissy Metz has inspired so many people. Not just through her role on the popular TV show ‘This Is Us’, but also through her own real-life overcomer journey. And since agreeing to star in the faith-based film ‘Breakthrough,' Chrissy has been really speaking out about her faith.

Chrissy Metz’s life has been far from easy. Thankfully, she opened her heart to Christ as a kid and relied on her faith to get through times of trouble.

"I was looking for something, a foundation that I always found," Chrissy said of attending church as a teen even though it wasn’t the popular thing to do.

Now, Chrissy is playing the role of Joyce Smith in the movie ‘Breakthrough', releasing April 17.

‘Breakthrough’ tells the true story of mother Joyce Smith after her adopted son, John, falls through an icy lake. After John spent more than 15 minutes in the freezing water, doctors had no hope. But Joyce refused to give up and continued to pray over her son's lifeless body until God sent a miracle (read the real inspirational short story HERE)!

We certainly hope the movie’s message will inspire audiences to explore a deeper relationship with Jesus Christ. But it wasn’t starring in the film that made Chrissy Metz believe in miracles. She has her own story of divine intervention fueling her faith!

Chrissy Metz has a special connection to her role in ‘Breakthrough’, because she, too, found herself crying out to God during a medical emergency.

In August 2017, Chrissy’s mom, Denise Hodge, suffered a massive stroke. Doctors had little hope and advised Chrissy and her family to prepare for the worst. But instead, Chrissy and her sisters activated the power of prayer.

"We're gonna be very specific about what we want and we're gonna visualize it,” Chrissy told her family. “We're gonna collectively talk about it and pray about it and only think positive thoughts about it.”

They asked God for miraculous healing and He did just that!

The very next morning, the swelling in Denise’s brain had gone down. She fully recovered and regained the ability to walk.

The entire ordeal gave Denise a new lease on life. Chrissy’s mom finally quit smoking, took up a more active lifestyle and is "the healthiest she's ever been."

"For her to come [out] on the other side of that is miraculous - unbelievable," Chrissy Metz said. "Even the doctors were like, ‘Huh? She's walking? I don't understand.'"

The miracle Chrissy Metz experienced only deepened her faith. And now, she’s leaning on that faith as her mom now faces a diagnosis of aphasia.

Aphasia is a language disorder that can follow a stroke or head injury. It makes it difficult for the person to communicate. And as Denise works on honing her communication skills, Chrissy trusts God to use this challenge for something greater.

"We think we're going through this really tumultuous time and we can't see the forest for the trees,” the star said. “But really, it's gearing us up for what is intended for us."

In fact, when Chrissy Metz first met with film producer DeVon Franklin to discuss ‘Breakthrough’, she realized her mother’s stroke had already been preparing her for this role.

"The same words, almost verbatim, I said to my mother's doctors as Joyce said to John's doctors," Chrissy said.

Chrissy just knew God was sending a sign that she was meant to star in this movie!

God doesn’t cause the bad things that crop up in our lives. But He certainly will find ways to use them for something bigger and better down the road.

“We know that all things work together for good for those who love God, to those who are called according to his purpose.” Romans 8:28

YOU MAY ALSO LIKE: Bradley Cooper Shares About Life's Miracles And Dreams Of His Late Dad