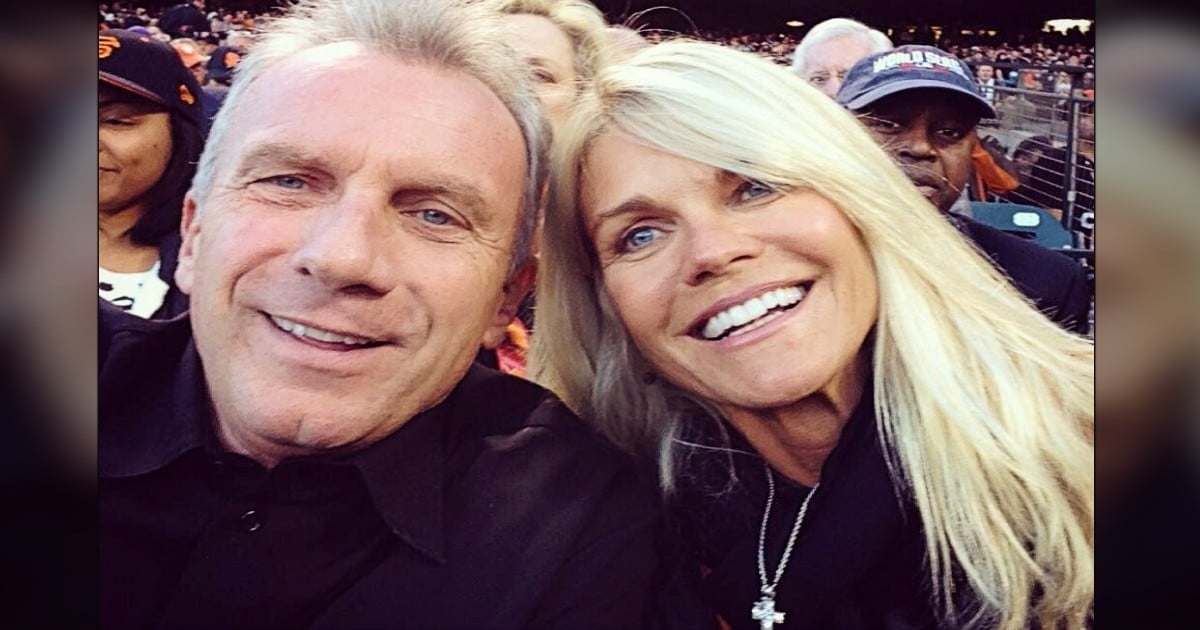 Chrissy Teigen and John Legend were joyously expecting their third child. But in a heartbreaking post on social media, Chrissy revealed her pregnancy had ended in a miscarriage. And our hearts and prayers go out for the grieving couple.

Chrissy Teigen and John Legend hinted at their third pregnancy with the release of John’s music video for the song “Wild”.

At the end of the video, there is a shot of Chrissy and John cradling Chrissy’s stomach. And the couple later confirmed on social media after the video premiered that they were indeed expecting a third child.

Chrissy Teigen and John Legend were excited about a new baby brother for their two children, 4-year-old daughter Luna and 2-year-old son Miles. But about halfway through the pregnancy, things took a terrifying turn.

When Chrissy Teigen began experiencing pregnancy complications, doctors placed her on mandatory bed rest for weeks. But she continued to experience blood loss, which eventually landed her in the hospital.

Then, a heartbreaking post from the star revealed Chrissy had lost the baby.

The tragedy of the miscarriage rocked Chrissy Teigen and John Legend to the core.

“We are shocked and in the kind of deep pain you only hear about, the kind of pain we've never felt before,” Chrissy shared on social media. “We were never able to stop the bleeding and give our baby the fluids he needed, despite bags and bags of blood transfusions. It just wasn't enough.”

The couple had taken to calling their baby boy Jack. And in the emotional post, Chrissy confirmed there would always be a place in their hearts for him.

“Jack worked so hard to be a part of our little family, and he will be, forever,” she said.

Our time here on earth will always see both dark and light. And Chrissy acknowledged this in her post by giving thanks for the blessings they’ve received.

“We are so grateful for the life we have,” she says, “for our wonderful babies Luna and Miles, for all the amazing things we've been able to experience. But every day can't be full of sunshine. On this darkest of days, we will grieve, we will cry our eyes out. But we will hug and love each other harder and get through it.”

A Flood Of Support

In dark times like these, God always finds a way to shine a light. And after Chrissy Teigen and John Legend revealed their miscarriage, thousands expressed their sorrow for the family.

Kind messages of encouragement immediately began pouring in after the tragic announcement. Many offered prayers and support, while others commended Chrissy Teigen for the strength and bravery she showed in opening up about the miscarriage.

Tragedies like these are a time when faith is so important. The Good News brings with it the comfort of knowing death does not hold the victory.

YOU MAY ALSO LIKE: 12 Celebrities Who Know The Pain Of Miscarriage

We don’t know what kinds of relationship Chrissy Teigen and John Legend have with the Lord. But we pray they will feel His presence like never before. May they seek Him in this time of grieving and experience His peace and comfort.

“The Lord is near the broken-hearted; he is the saviour of those whose spirits are crushed down.” Psalms 34:18