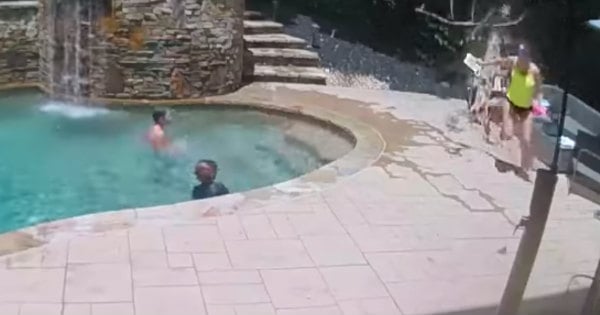 Life can sometimes prove to be a difficult and dark journey. If we're not careful, we can fall into depression or worse, suicide. One woman was heading down that path. That was until a compassionate "guardian angel" saved this young mom of five who was ready to end it all.

Despair. The opposite of hope. A woman in her thirties and a parent of five children found herself at Connolly Station in Dublin, Ireland. Her goal? End her life.

On Wednesday, June 24th, at around 11 PM, the woman who went by the pseudonym ‘Alice,' went to the station. She planned to jump onto the tracks.

Alice was undergoing despair as a result of losing her oldest son and from abuse she suffered at the hand of a relative. Missing her train on this night sent her over the edge. Before her fateful encounter at the Connolly Station with her savior, she was at another place, Garda Station.

She shared, “I have bad PTSD from years of abuse at the hands of a family member, and had drunk a bottle of gin and then had a seizure. But a guard took me in and they brought me to the station to sober me up."

After spending some time here, Alice later left to be on her way back home. That night she ventured to Connolly Station but missed the train home to Kildare. She took the misfortune as an omen.

“The last train had just left, I’d missed it, and the buses weren’t running because of COVID. I just took all this as a sign that it was my time to give up.”

Alice readied herself on the railings and prepared to jump.

Then suddenly, someone appeared from seemingly nowhere with one request.

Alice's "guardian angel" wanted Alice to take her hand. Alice did, crying in the process.

Alice learned that the woman's name was Sarah and that she was a native of Dublin. Alice felt a connection with Sarah that she had only felt with one other person in her life before, her nanny.

“She was the only real mother figure I’ve ever had. And before she died, she always used to say, ‘I’ll come back to you whenever you need me, and she used to say, give me your hand and I’ll take all your troubles away."

Mother Has A Strong Connection With Her Guardian Angel

Sarah's kindness was much like Nanny's love, reaching Alice in a divine way.

Sarah called an ambulance for Alice and stayed with her, missing her own train. Alice did get Sarah's number but mistakenly lost it. She is now making a public request, asking for her "guardian angel" to step forward so she can properly thank her.

Just when we feel depleted, that our life has come to an end, God can step in and replenish everything. I think of Job who lost his livelihood: family, friends, property. He had everything then had nothing. Somehow he kept his faith in God and in the end, he came out okay.

YOU MAY ALSO LIKE: Woman Haunted by Dad's Words After She Killed Her Baby Brother Shares Forgiveness Story

Let's try to be like Job. Suffering in life is not pretty, but God is with us until the end, and even afterwards, in heaven.