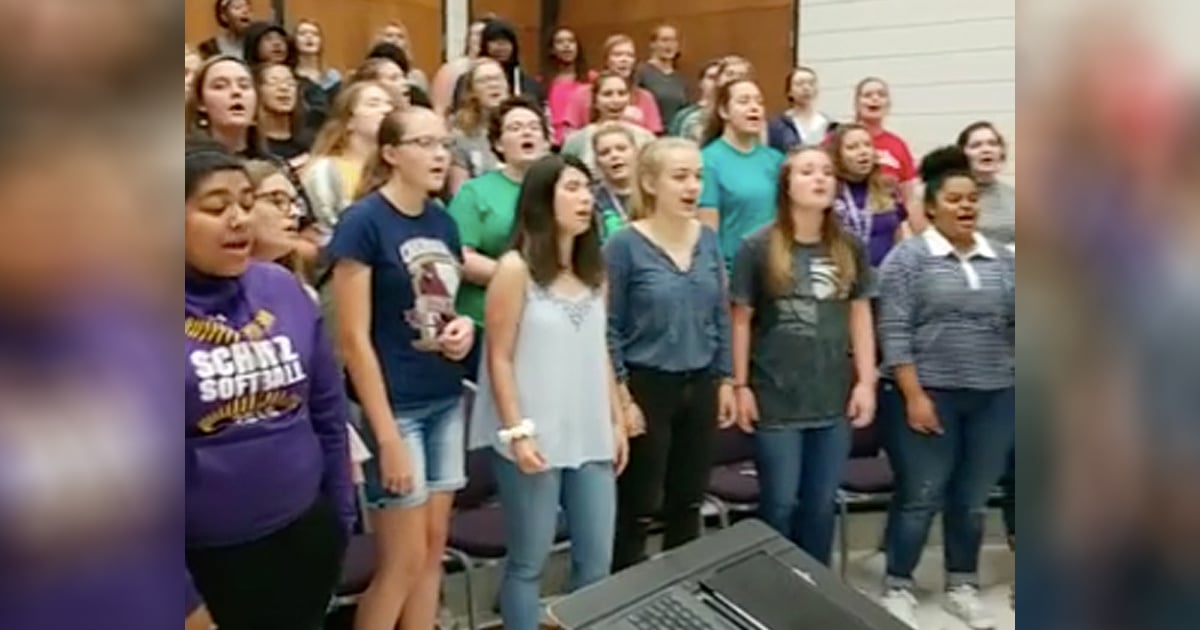 40-year-old Michael Ketterer is a pediatric mental health nurse, father of 6, and outspoken Christian. Together with his wife, Ivey, they have one biological daughter and 5 adopted boys. Recently, this inspiring dad has been making headlines as a contestant on America's Got Talent. Now, Michael Ketterer Performs When I Look At You and it’s bringing everyone to tears!

His very first performance of the Bee Gees’ “To Love Somebody” left everyone in awe. In fact, this caring father earned the coveted golden buzzer from judge Simon Cowell.

To follow up that incredible first audition, Michael belted out a very special rendition of ‘Us' from James Bay. The performance was so emotional that it brought multiple judges to tears, including the normally tough Simon.

Michael has earned praise during his entire run on America's Got Talent and his most recent number was no different. Just watch as Michael stands on an empty stage and beautifully sings ‘When I Look At You' from pop star Miley Cyrus. He dedicated each word to his loving and supportive wife.

After the song was over, judge Simon did something I've never seen before. He made a plea to fellow celebrity and country music artist Garth Brooks. Simon asked, "Garth, if you're watching the show, please write Michael a song for the final...I just have this feeling about you two having a connection." After this incredible performance, Michael did, in fact, advance to the finals.

So now, we just have to wait and see if Garth Brooks gets the message and responds. Who is rooting for Michael Ketterer to take the whole competition?

WATCH: Michael Ketterer Performs When I Look At You