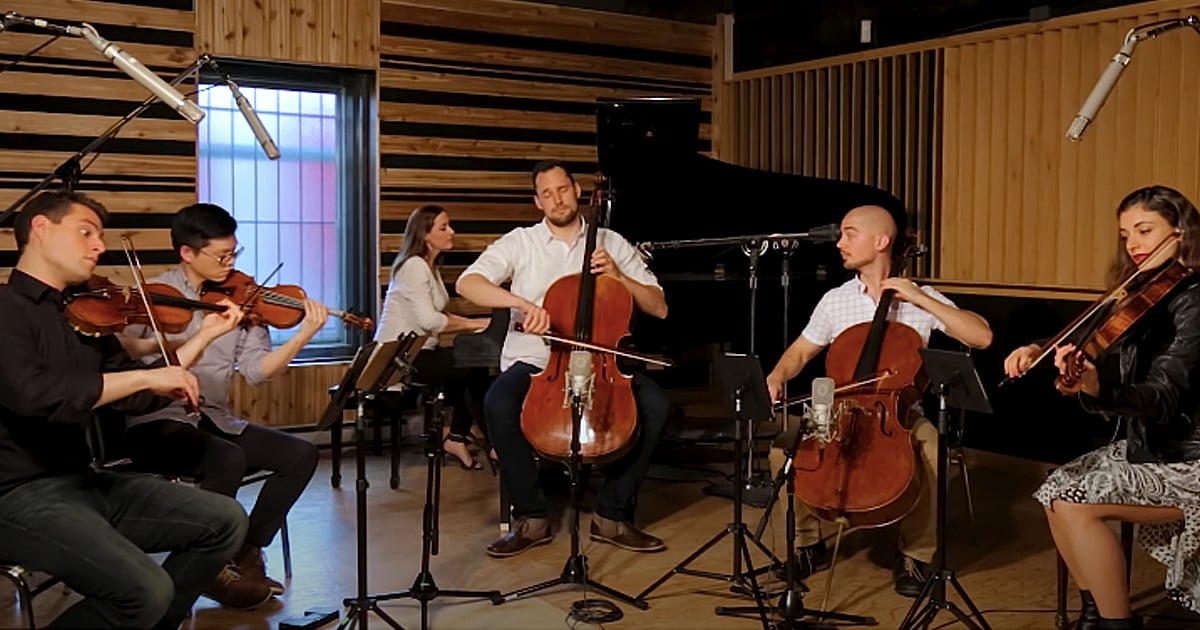 Get ready for a toe-tapping performance of ‘Foggy Mountain Rock’ by The Cotton Pickin' Kids Bluegrass Band. These young musicians are so talented!

There are not very many bluegrass bands that can claim they‘ve had a two-year-old band member.

But when Alabama-based family band, ‘Cotton Pickin Kids' began in 2017, the ages of their bandmates ranged from two years old to fourteen years old!

Three years and one global pandemic later, the young band has switched to performing their technically impressive bluegrass sound primarily online rather than on stage. Watch as the children of the Cipollari family perform their cover of Earl Scruggs' ‘Foggy Mountain Rock' amongst the Alabama foliage in this music video.

The kids of the Cipollari family were each taught a range of different instruments from a young age. Father, Fabio Cipollari, had each of the nine children homeschooled. There, they were taught to sing, dance, and play bluegrass instruments like banjos, dobros, and fiddles.

Since learning to play, many of the kids have entered and won a number of different competitions for their technical proficiency with their respective instruments.

In 2017 the Cipollari kids performed together on stage for the first time to the enjoyment and applause of their Alabama audience.

After having performed publicly a number of times, father and band manager, Fabio, was asked what the name of his family band was. He laughed and said, "We don't have one yet."

The audience member then replied, "Well those kids can sure pick a guitar, reminds me of when I used to pick cotton." And thus their name, ‘Cotton Pickin' Kids,' was born.

Since then the group has had a number of their online performances go viral on Facebook. That includes their most recent, a cover of Buster Scruggs' ‘Foggy Mountain Rock'. This performance has garnered hundreds of thousands of likes in the months since its release.

YOU MAY ALSO LIKE: The Southern Raised Band Sings A Bluegrass Version Of ‘You Raise Me Up' That's Just Incredible