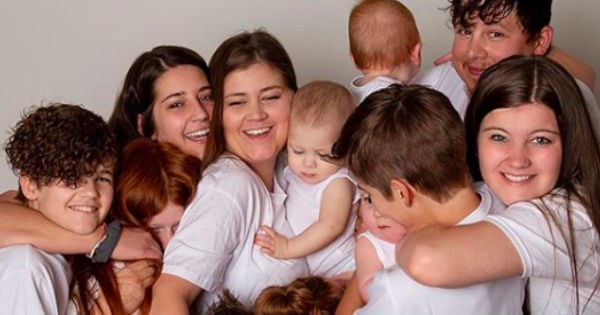 God uses all walks of life to be his literal hands and feet on this earth. He uses the broken and the lost because each of us have a different story that will impact lives in unique ways. From the addict, to the thief, to the single working mom-we all have a place in God's Kingdom. Even a former drug user, Herman Menoza, an infamous drug lord of New York, turned children's pastor. This is the incredible story of when a criminal meets Jesus.

Herman Menoza began experimenting with drugs when he was barely a teenager he recalled in his book, Shifting Shadows: How a New York Drug Lord Found Freedom in the Last Place He Expected. He was out one evening with his friends when a rival gangster pulled a gun on his friend Abel, shot and killed him. Herman didn't want to end up like his friend. He stayed close to home for awhile but as life seemed to return to normal in the streets so did his habits.

RELATED: Country Singer Tanya Tucker Faced Many Hardships But Shares How Faith Saw Her Through

He dabbled over the years in the drug world because he felt low and empty without them. As he grew into his 20's, he needed to find a better way to support his drug habit and make big money to support his wife and children.

"I was married and living with my wife and I was laid off from a job that I was working at," Mendoza said. "And so I was desperate for money."

He then returned to what he knew and dove into the drug trade. While everything looked perfect on the outside with a beautiful family, Herman became one of the biggest cocaine drug lords in New York.

"I thought that, ‘Hey, this is an easy way to make money and get rich,’" he said.

With millions of dollars, mistresses all around the city, and a beautiful home in the Poconos for his family, Herman thought he had it all. Suddenly, without warning, Herman found himself facing life in prison, a reality that left him desperate for a way out.

Herman said, "My mind was racing. My heart was like in my throat. It struck a chord with me because the reality of what I was involved in hit home," he said. "I was facing 25 years to life, and at the time I had one child and I was thinking about my child, ‘What's going to be of my child?’"

You would've thought life in prison would've been a harsh enough reality to change Herman's ways. But he struck a deal and jumped back into the drug game. Sometimes God needs to drop us from the heights of our lives to rock bottom in order for Him to get a hold of our hearts.

Herman found himself in a familiar situation. He was behind bars facing life in prison once again when his brother who he slinged drugs with changed the course of his life. His brother, who was also behind bars, found Jesus, and it became his mission to save Herman.

There in that cell, his brother's prayers became a real-life miracle. Herman went from being a walking dead man to a follower of Jesus Christ! "I gave my life to the Lord ... there was no other recourse," Herman said. "I said, I need to try God, I've tried anything else. ... I had millions of dollars, but it was never satisfying."

YOU MAY ALSO LIKE: Rocker Does Whatever It Takes So Bon Jovi Soul Kitchen Can Get Meals to Thousands in Need

The moment God walked into his life, Herman felt the peace that surpasses all understanding. The kind of peace that comes from being fully known and loved by our mighty God! What a relief to know God wasn't going to let go of him despite his past. Herman encountered the love and grace we read out in Psalm 8:4-6:

Yet you have made him a little lower than the heavenly beings and crowned him with glory and honor.

You have given him dominion over the works of your hands; you have put all things under his feet."

"I felt this warmth that enveloped me, I felt the presence of God," he said. "I realized that Jesus paid the price for my sin, I was a walking dead man and now I'm alive in Christ."