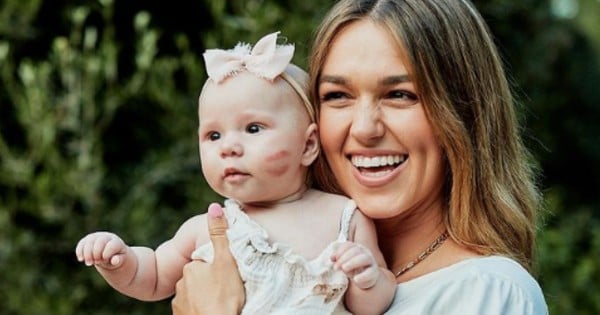 Curtis Grimes had plenty of worldly success in his music career, but his rockstar lifestyle had him headed for disaster. But everything changed when a Gospel song pointed him back to Jesus!

A Texas native, Curtis Grimes was born in 1985. He accepted Christ at the age of eight, and Curtis says that he told his father, "Hey, when I'm big, I wanna play major league baseball, and I wanna, I wanna use that platform to tell people about Jesus."

RELATED: Jep Robertson from Duck Dynasty Spiraled Out of Control Until Jesus and His Family Saved Him

Could there be any better plan than that for a young man?!

But when Curtis became involved in high school sports, he also began partying, drinking, and having sex.

Curtis Grimes strayed far from his connection to Christ, but he excelled as a pitcher and earned a scholarship to Centenary College in Louisiana. While there, Curtis became engaged and left baseball for that relationship. However, when the romance ended, Curtis found himself alone and no longer eligible to play the sport he'd worked so hard at.

It was then that Curtis tried his hand at music. He bought a used guitar and taught himself how to play. Still partying and living a life contrary to his Christian values, Curtis Grimes wrote songs and played with his band. As with baseball, he found success. A radio contest provided him the opportunity to open for Kenny Chesney in 2008, and, in 2011, he appeared on The Voice!

Promoters, bookings, touring, and single releases came. And, they all pointed to commercial success for Curtis Grimes. He explains that he was riding that wave while also continuing to live a lifestyle of partying. He was singing songs that were not Godly and using his platform in the opposite way as what he'd planned as a little kid.

In the Fall of 2015, Curtis heard the song "Through It All" by Andrae Crouch. Life changed.

Gospel Song By Andrae Crouch Points Back To Jesus

Curtis explains that hearing that song forced him to stop and examine how he'd been living. He prayed and asked God for forgiveness, and he considered leaving the music industry altogether.

Instead, though, he recognized that he needed to stay and move forward with using the platform he'd gained to demonstrate the changes in his life-to bring a message of hope and salvation to his audience. Unfortunately, the music industry professionals were not on board with his plan, and they disappeared.

Curtis Grimes didn't see this as the end, though. He recognized it as the perfect path for him to do the positive music he now wanted to share. In doing so, Curtis gained success once again. He has been named "Top Country Christian Artist" at the Texas Country Music Awards, and he's had several number-one singles. Now married and with a family, Curtis is also the founder of Ten Finger Ministry. TFM's mission is to distribute Bibles all over the world.

Curtis recorded "Through It All" himself. His rendition is quite different from Andrae Crouch's, but both are beautiful. The song reminded Curtis of his faith roots and brought him back to them. Who knows how his version might impact someone else!

"For I know the plans I have for you," declares the Lord, "plans to prosper you and not to harm you, plans to give you hope and a future." Jeremiah 29:11