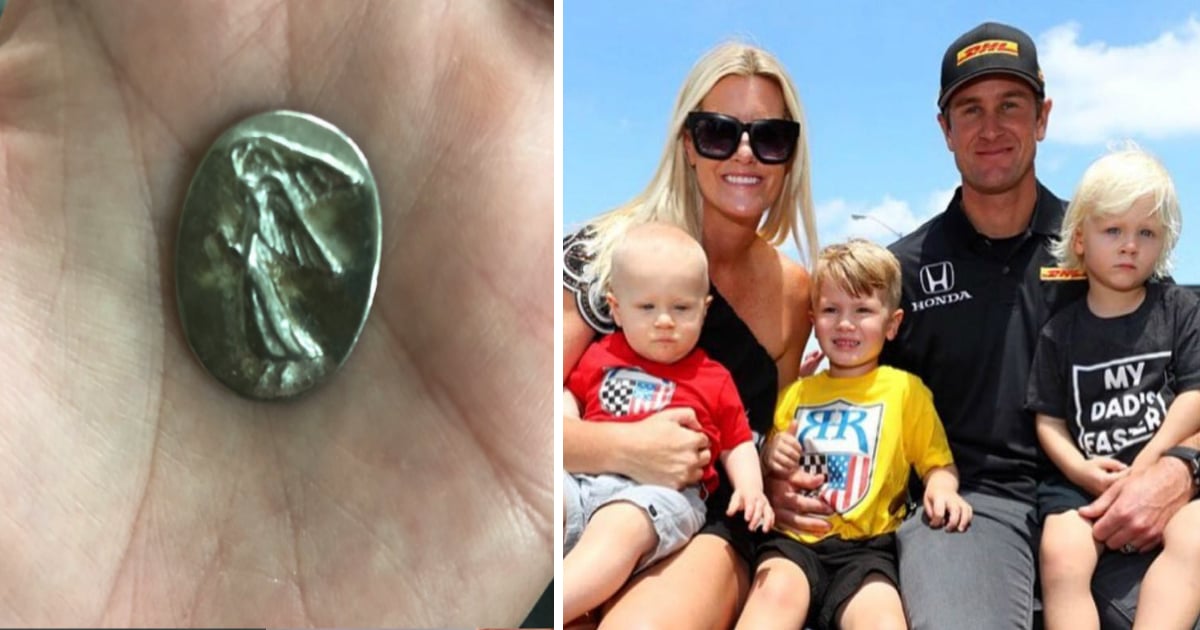 Stuart Askew is the premise manager at his son’s school in the UK. And when the dad installed the school’s defibrillator, he had no idea he’d be using it so soon. Just two days later, Stuart used the machine to save his own son’s life!

As the premise manager of Steiner Academy in Hereford, England, it’s part of Stuart Askew’s job to make sure things around the school are safe and in working order. So, when the school applied to the British Heart Foundation for a community defibrillator, he was part of the process.

RELATED: Mom Saw Something Wrong In Photo And It Saved Her Baby's Life Moments Later

A defibrillator is a medical machine that delivers a dose of electricity to the heart. Much like CPR, it’s used in extreme cases as a way to get a person’s heart beating again. And the school wanted to have one on-site in case of emergencies.

And so, when the life-saving equipment came in, it was up to Stuart to get it up and running. He put in fresh batteries and installed the defibrillator in a central location.

At the time, it just seemed like part of his job. It never crossed his mind he might be the one to use that same defibrillator — let alone on his own son. But God knew what lay ahead. And He was giving Stuart the tools he needed to keep his son alive! 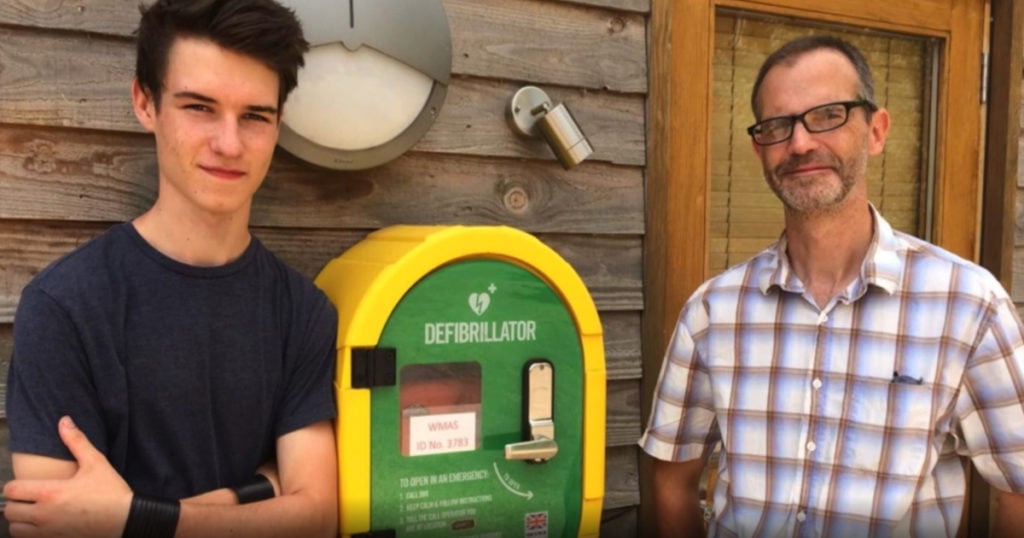 Stuart’s 15-year-old son, Ethan, is a student at Steiner Academy. Just two days after his dad installed the school’s defibrillator, Ethan collapsed into a peer’s arms during his physical education class.

A student ran and alerted him of Ethan’s condition. But Stuart wasn’t prepared for the agony of seeing his son lifeless on the ground as the school’s receptionist administered CPR.

“The colour of Ethan's face was just shocking and perhaps one of the hardest memories to move on from,” Stuart recalled. “However, within a few breaths and continued CPR, there was a distinct change. This gave me hope.”

Having just installed it, Stuart’s mind went straight to the school’s new defibrillator.

“It was very scary, but as soon as I remembered we had a defibrillator I kind of didn’t doubt it would have an OK ending,” he said.

They sent the fastest runner to go grab it and Stuart used the machine on his son. Moments later, the ambulance arrived and rushed Ethan off to the hospital.

As it turns out, Ethan suffered from a random genetic condition making one of his coronary arteries too narrow. With all of the exercise that day, his heart simply wasn’t getting enough oxygen, exposing the problem for the first time in the boy’s life.

Ethan has since had surgery to correct the problem and will have no lasting side effects from the day he collapsed. But if not for the CPR and use of the defibrillator, things could have been very different. It’s a fact not lost on Stuart.

"Literally two days before, I was sitting in the middle of the staff room putting the battery in it – and then the idea that the first person that it gets used on is actually my son... It's staggering," he said.

Faith is so important because God can see things we can’t. And every now and then, real news stories like this one remind us of that. They give us a glimpse of how things all around us are working together for a greater purpose!

WATCH: Dad Installed The School’s Defibrillator That Saved His Son

“Now faith is confidence in what we hope for and assurance about what we do not see. This is what the ancients were commended for. By faith we understand that the universe was formed at God's command, so that what is seen was not made out of what was visible.” Hebrews 11:1-3

YOU MAY ALSO LIKE: Heroic Dad Fights For Life After Diving Head First Off Balcony To Save His Son