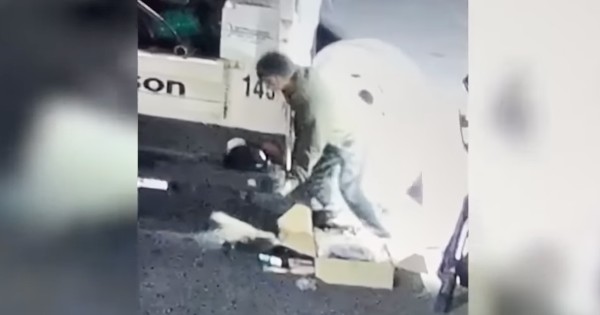 A devoted dad saves his daughter from a coyote when the animal comes out of nowhere and goes after the toddler.

Normally Coyotes are fearful of people and try to avoid humans at all costs. But in this heart-stopping video, a brazen and opportunistic coyote attacks a two-year-old little girl in broad daylight. What the coyote mistook for an easy meal turned out to be more than he bargained for.

In the video, you see devoted dad Ariel Eliyahu getting his daughter out of their car when a coyote jogs up the street. While Ariel is busy getting a toy out of the car that his daughter wanted, the coyote makes a split-second decision to grab the little girl by her fluffy pink coat before attempting to drag her away!

RELATED: Girl's Heart Stopped 3 Times After Nearby Lightning Strike But Dad Was There To Save Her

The wild animal drags her across the sidewalk and street as her screams quickly catch her dad's attention. He scoops up his precious baby girl and deposits her in the house before running back outside with a piece of wood.

Had Ariel not reacted as quickly as he did, this terrifying encounter could have ended tragically. Usually, wild animals don't approach humans. But if they do, they are likely sick with rabies.

A little girl in a different attack, shown at the end of the video, experienced it firsthand when she was attacked on her front porch by a raccoon. Her ordeal was captured on a home video camera. As she screams for help, the girl's mother jumps in to rescue her and wrestles with a rabid raccoon.

The mom even had the strength to push her daughter inside while chucking the raccoon across the yard so she, too, could get inside the house to safety.

Thank God this father didn't waste any time rescuing his precious baby girl from a terrifying situation. We can count on our heavenly father to protect us and put people like our parents in the right place at the right time to rescue us when we need it most.

YOU MAY ALSO LIKE: Daughter Saves Dad With Google Search When She Hears Him Yelling For Help

"He rescued me from my strong enemy, from those who hated me, for they were too mighty for me," 2 Samuel 22:18.