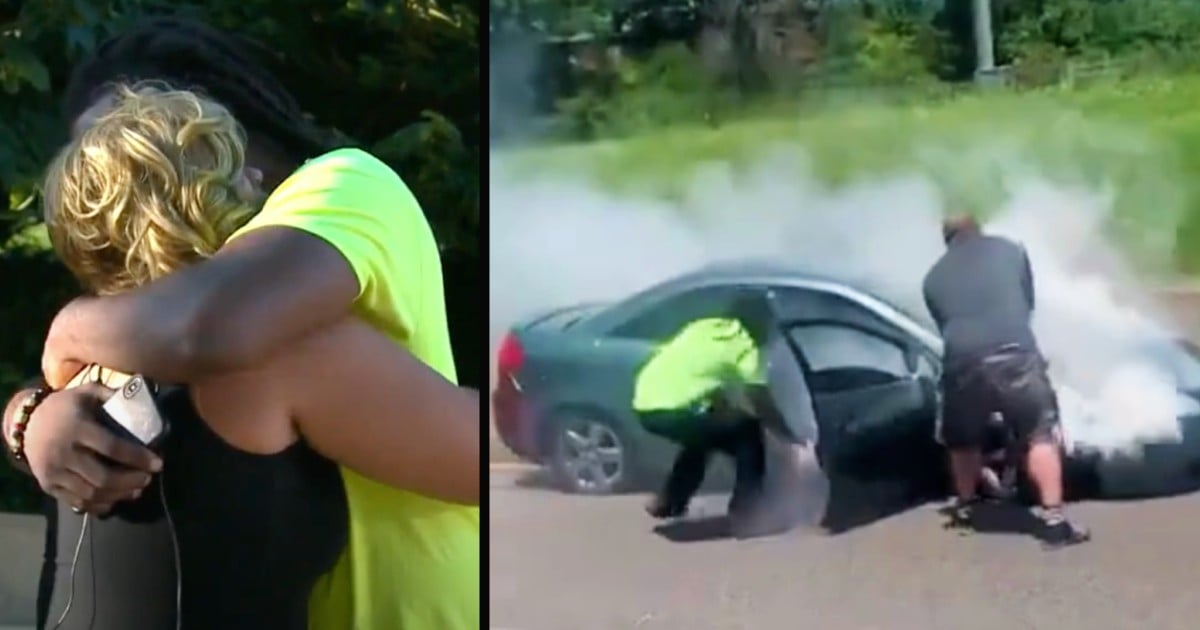 When Greg Allen’s ex-wife took off with their 4-year-old daughter Sabrina, he vowed he’d never stop trying to find her. For 12 years, the devoted dad searched for his kidnapped daughter. But when police finally tracked her down, the brainwashed girl didn’t want to see him. (If you’d prefer to listen to the audio version of this story, scroll to the end of this article to find the podcast version below!)

After an unsupervised visit, a judge ordered Dara Llorens to turn 4-year-old Sabrina over to her father, Greg Allen. But she never showed up. And that was the beginning of a long and painful 12-year chase.

Warning Signs Leading Up To Abduction

When things went sour between Greg and Dara, he always worried his ex-wife would do something drastic.

A judge had ruled that Greg, a respected engineering research scientist at the University of Texas, in Austin, would be the best place for Sabrina. A brutal custody battle ensued. 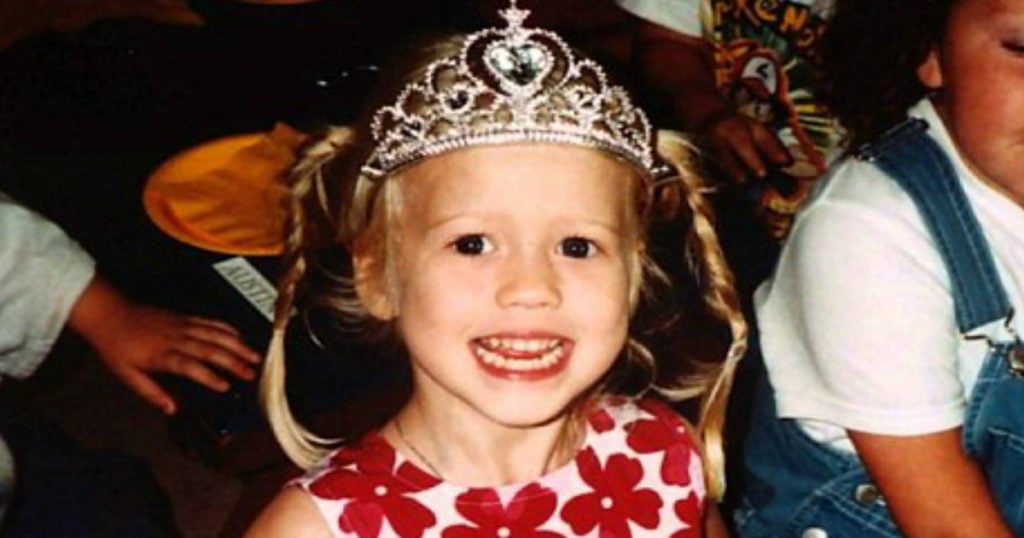 Dara filled Sabrina’s young mind with wild accusations, prompting her to lie about her father in an attempt to win custody.

“Child Protection Service (CPS) grabbed her out of school and took her to a safe spot and asked her questions about Daddy touching her,” Greg explained. “Sabrina told them: ‘My daddy hits my mommy, that's a lie my mommy told me to say.’ “

“There was always some kind of problem [with the visiting arrangements] until the last month. Everything was friendly and happy,” Greg recalled. “I thought she had finally pulled it together — isn’t that sad?”

Unfortunately, the improved relationship was simply the calm before the storm.

Dad Searched For Kidnapped Daughter After She Disappears

Greg released Sabrina to her mom on Friday, April 19, 2002, for an agreed-upon visit. Dara was supposed to have her back on Sunday. But when she never showed, it became clear she’d finally pulled the trigger on her nefarious plot.

“I dropped her off and kissed her goodbye and she said: ‘Daddy don’t ever forget me,’ ” Greg said.

Greg feared the worst right away. He alerted police within 2 hours of Sabrina’s scheduled return. But Dara and their 4-year-old daughter had disappeared. 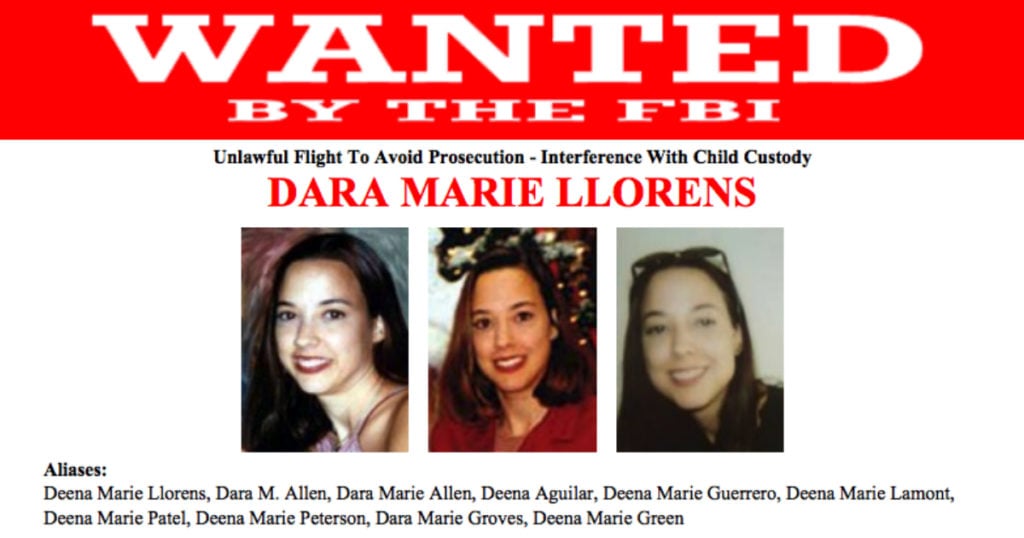 As the police searched, Greg hired his own private investigator as well. As they tracked Dara’s trail, they learned she’d hired someone from her work to drive her and Sabrina to Laredo, a city in Mexico bordering on the south of Texas.

Back then, you didn’t need documents to cross the border. So, Dara bought a bus ticket and she and Sabrina ran off to Mexico. Greg alerted all of the missing children agencies and started his own website. He then headed to Mexico himself, chasing after his baby girl. He vowed he wouldn’t stop until his daughter was back in his arms.

Greg thought he was close when a break occurred in June 2003. Dara and Sabrina were living in Mexico City under fake names. Dara enrolled Sabrina in school, but the little girl didn’t know any Spanish. She would sit in her teacher’s lap and cry because she couldn’t understand the other boys and girls.

Sabrina spent most of the week of Father’s Day in tears, begging her teacher to help find her Daddy. At first, it confused the teacher who thought Sabrina, who was using the name Blanca, didn’t have a father.

That’s when Sabrina opened up about her terrible secret.

“He lives in Texas, help me find him. I'm supposed to live with him. He has my picture on the internet,” the frightened girl told the teacher.

After looking online, Sabrina’s teacher emailed Greg, who was living in Mexico, too, just 30 minutes away. Greg turned the information over to the police, trusting them to retrieve his daughter. 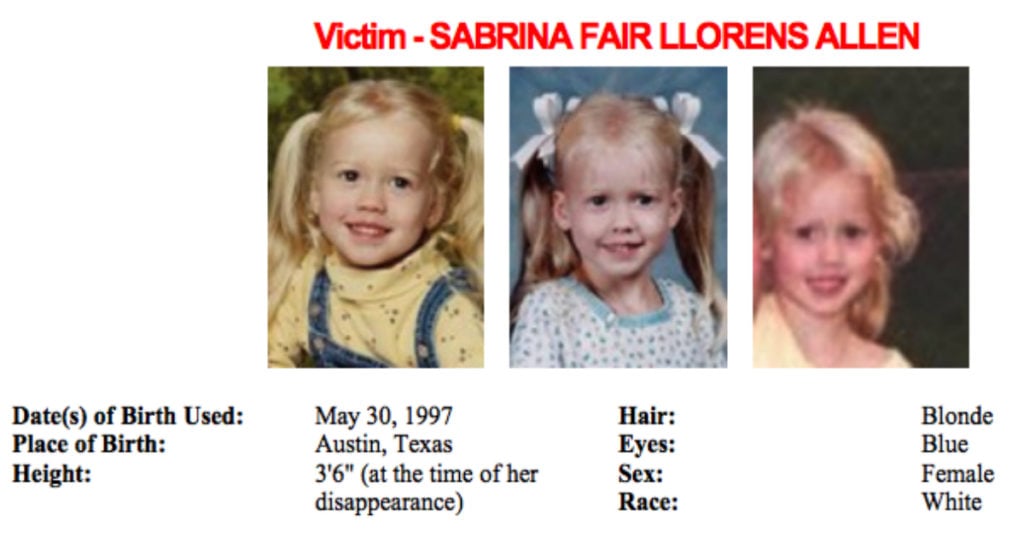 Sadly, Dara got wind and managed to escape with Sabrina. It was a devastating blow for the devoted dad.

Greg met up with the teacher, who wound up losing her job over the email she sent. Dara lied to the school, saying she and Sabrina were hiding from Greg because he was abusive. The school believed the mom, but Sabrina’s teacher knew better.

“Don't worry, Sabrina told me the truth,” she told Greg when they met, “That these are lies that her mommy makes her say. The truth is that she loves you and she wants to be with you.”

Greg was bitterly disappointed but refused to give up. He stayed in Mexico, took an intensive Spanish class so he could speak the language, and continued chasing after his daughter.

Dad Searched For His Kidnapped Daughter For 12 Years

True to his word, the devoted dad searched for his kidnapped daughter for the next 12 years. He put everything he had into his hunt for Sabrina, blowing through his life savings. His case was featured on the TV show America’s Most Wanted twice along with a $20,000 reward for information leading to her return.

RELATED: Dad Reunited With Daughter After She's Found In A Homeless Shelter

God did send blessings Greg’s way as he fought to get his daughter back. While in Mexico learning Spanish, Greg met and fell in love with his future wife, Mariana. 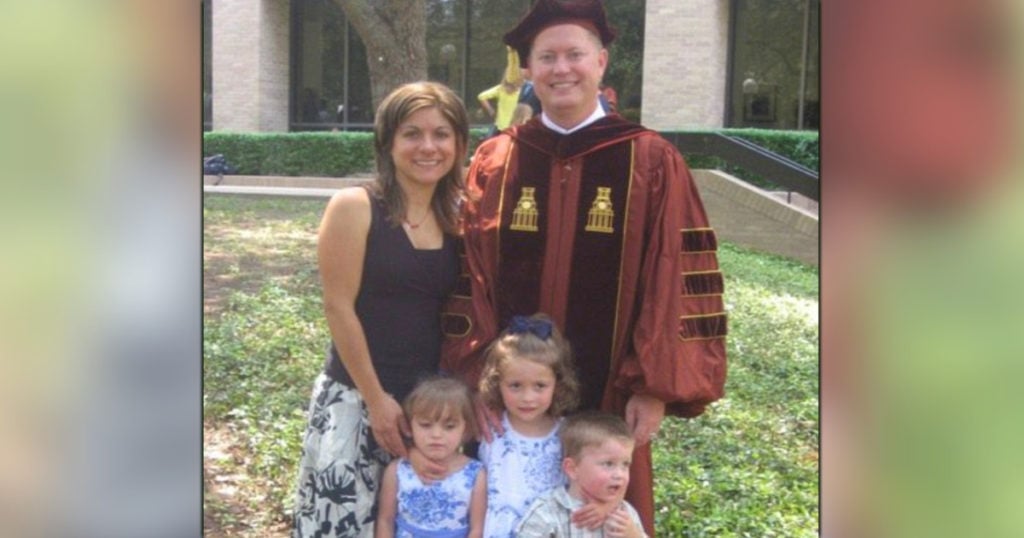 She’s been by his side throughout much of the search and the couple has three children together.

Finally, thanks to a tip to private investigator Phil Klein, US and Mexican authorities staked out a two bedroom apartment for weeks. Once they were certain they’d found Dara and Greg’s kidnapped daughter, Sabrina, they swooped in.

By then, Sabrina was 17. She’d spent years on the run and had been forced to dye her hair and learn a new language. Thankfully, she showed no signs of physical harm. Authorities brought her back to the U.S. in 2014. 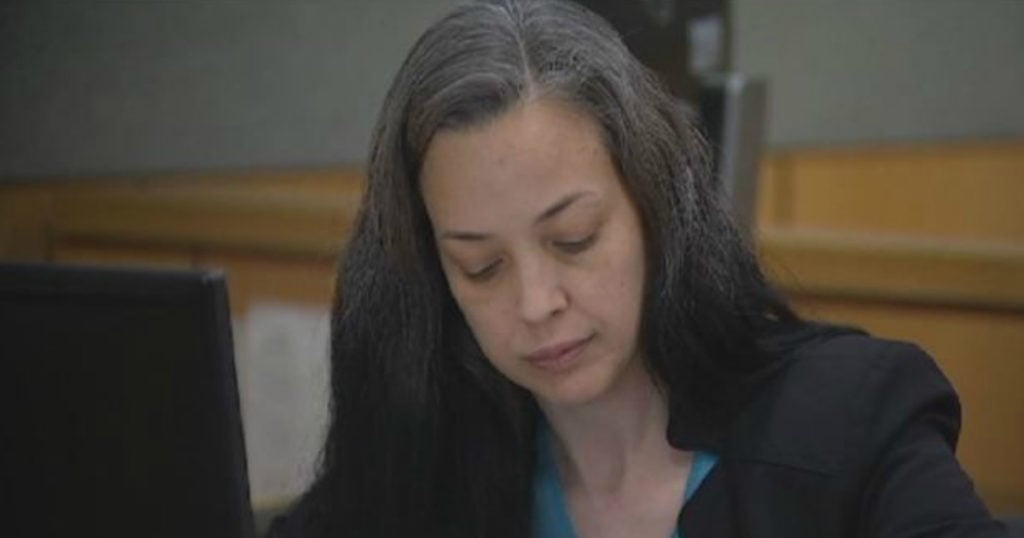 A judge eventually sentenced Dara in 2016 to two years for the charge of interfering with child custody and six years for the aggravated kidnapping charge to be served concurrently. She also got credit for the time already served between capture and sentencing, which was about a year and a half.

But even though police had finally found Sabrina, Greg wouldn’t get his happy ending just yet.

More Waiting After Dad Searched For His Kidnapped Daughter

After this dad searched for his kidnapped daughter for 12 years, police delivered heartbreaking news to him. His daughter, now 17, didn’t want to see him. 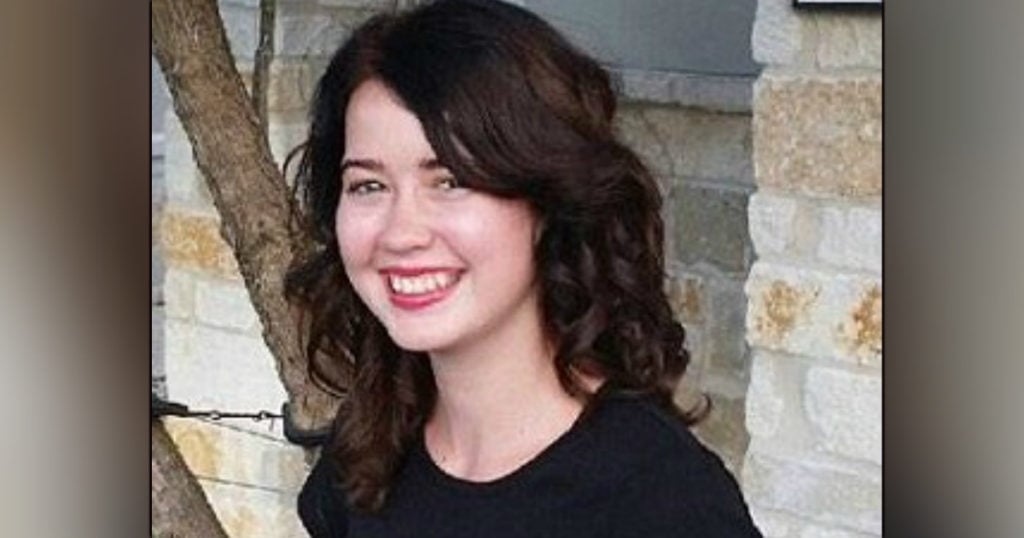 While physically unharmed, years of brainwashing by her mentally disturbed mother left Sabrina confused and frightened about who her father really was. For years, she’d been manipulated to see her dad as a “bad guy.” So, it’s understandable she’d be scared to face him.

To have waited so long for a reunion, the news certainly must have come as a blow to Greg. But taking a step back, the devoted dad understood.

“Sabrina has been under an intense campaign to hate me for 12 years,” he said. “She was effectively a prisoner in a two-bedroom apartment. She has been told that I didn’t want her and that I committed suicide.”

It would take time to heal Sabrina’s emotional wounds from 12 years of manipulation.

Of course, after Sabrina’s dad searched for his kidnapped daughter for so long, Greg was just grateful she was finally safe. He and his family were patient, placing the timing of their reunion in God’s hands.

“She’s in pretty bad shape, from my understanding,” Greg said tearfully. “She’s just not ready to see me and my family. I hope and pray that’s coming soon, and I can’t predict it.”

Sabrina first met with Mariana. And eventually, she was ready to meet with her dad.

The pair spent time in counseling together, working on their damaged relationship. All the while, God worked on both of their hearts. 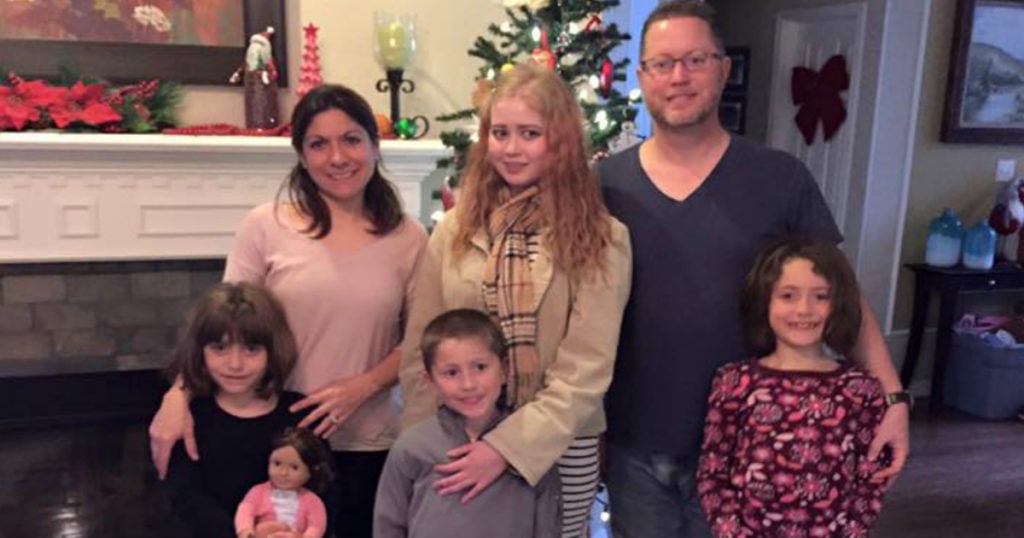 And after a while, Greg shared an encouraging update.

"Sorry for all the silence, but we have been necessarily focused on healing. The past year has been quite a roller coaster ride, but I like to think that we are past the hardest parts. I am happy to report that I have a strong and growing relationship with her. We still have trials ahead, but are doing well," he said.

This broken world will always have its share of heartache and trials. But God is near to the brokenhearted. And for all who place their trust in Him, He will see them through it all!

We’ll be praying for Sabrina’s continued healing. This devoted dad searched for his kidnapped daughter, refusing to give up. What a blessing for Sabrina to finally get the chance to know her loving father!

YOU MAY ALSO LIKE: Dad Sets Up Sting To Stop Daughter's Stalker And Hidden Cameras Caught It All

“And I will restore to you the years which the locust, and the bruchus, and the mildew, and the palmerworm hath eaten; my great host which I sent upon you.” Joel 2:25