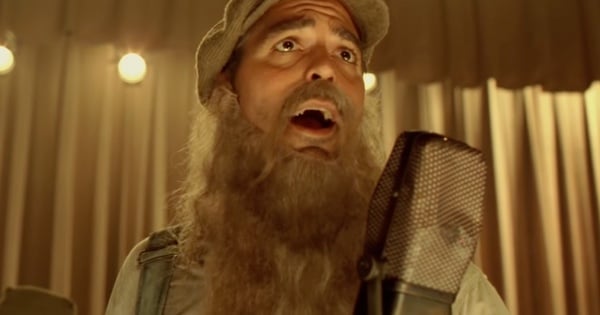 Former college football player Dan Marshall decided to audition for American Idol and his chilling rendition of ‘The Dance’ wowed the judges. This talented young man proves that a person really can be both tough and tender!

Meet Daniel Marshall Griffith from Chesapeake, Virginia. Dan introduces himself in just that way, adding that he "sing[s] country music." He makes no mention of his past as a 4-year Virginia Tech football player, but, in fact, he's got far more knowledge of and experience with touchdowns and tackles than he does guitars and Garth!

After his brief introduction, Luke Bryan asks Dan about his football past. The 24-year-old takes a couple of hits regarding his size. Lionel Richie wonders if the Division I school where Dan played was even able to fit him with a helmet. Ouch!

We see a montage of cute photos from Dan's football career, which started all the way back at the age of 5. He describes his time at Virginia Tech as the "best four years" of his life.

Dan Marshall goes on to explain how he ended up at American Idol. He says that he's always enjoyed singing, but he did it primarily in the privacy of his truck.

Being shy, he'd never performed in front of others until he forced himself to do so at his grandfather's memorial service in the summer of 2021. He further surprises the judges when he admits that he's only done a handful of "gigs"-all within the previous 5 or 6 months!

It's time for Dan to start, and the judges seem impressed with the song he's selected. "The Dance," which is considered by some to be Garth Brooks' signature song, may have been a bold choice.

Brave, maybe. Irresponsible, absolutely not! Dan Marshall has got the pipes! The judges study Dan, each in their own manner as he croons his way through the audition. Lionel cites Dan's story-telling gift and natural talent.

Katy says that she is already considering how to market Mr. Marshall. And, Luke considers Dan one of the best sounding country artists they'd heard-though, he may need to ditch the guitar.

Now, if the athletic accomplishments and the musical talent don't garner Dan a ton of fans, his perfect manners will! He responds with humility and respect to each comment and crack, compliment, and criticism the judges "pass" him. The three send him out the door with three "yes" votes and a warning not to tear down the set. He's headed to Hollywood!

YOU MAY ALSO LIKE: American Idol Judges Invite Cole Hallman To Sing With His Sister And It's Such A Touching Moment

"To those who use well what they are given, even more will be given, and they will have an abundance. But from those who do nothing, even what little they have will be taken away." Matthew 25:29

LISTEN: Soldier’s Letter Arrives 76 Years Later | He Had To Give Up His Dog While Sick So Nurse Steps In