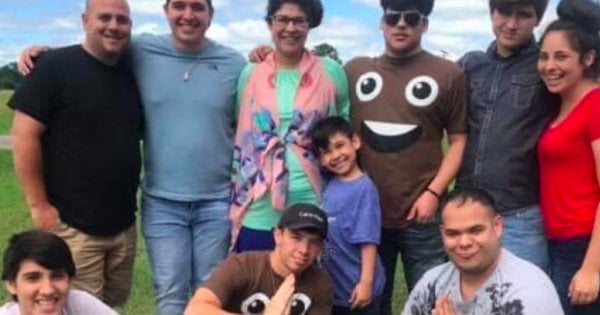 Saying ‘goodbye' is never easy, especially when we know someone is about to leave the Earth. One daughter says a special prayer for her dying dad and sees God at work in his final moments.

Her father's final moments felt surreal for Diann Gorski. Her father Dale Rossman was diagnosed with the coronavirus. He was a resident at Illinois Veterans Home. Dale was also 89 years old and a veteran of the Korean War.

His impressive performance while on duty earned him a number of accolades including: a Korean Service ribbon, a National Defense Service Medal, a United Nations Service Medal, and two Bronze Service Stars.

There was a previous scare in the spring about him having the virus. He was tested back in May where he received a false positive. This time was different.

"As soon as I received the news, I sent prayer requests out to everyone I could think of…That night, the PA, Christine, called me and told me dad was ‘too peaceful.' He was sleeping and just ‘so at peace' that she felt she needed to call me. She even FaceTimed with me so I could see him and talk to him. I felt that he was at peace … because of the many prayers people were praying and that God was right there with him."

With the knowledge and numbers of elderly who have been impacted by the coronavirus, the veterans' home was not open for visitation. Diann decided to call instead, and she did so daily.

She shared, "I would speak with his nurse at least once daily to get his vitals and for updates to pass along the information I obtained to my mom, siblings and other concerned family members."

Sad news came when Diann was made aware that her father's condition was worsening. Thankfully, the nursing home opened up to allowing family members to visit, but one at a time.

Diann said, "We had to get checked out [for COVID-19 symptoms], put on shoe coverings, gowns, gloves, their mask, our mask over theirs and a face shield."

Diann's mom went in first, then she had her turn.

"After she saw him and came out to my car, she said he didn't look like himself, and she said her goodbyes. I went in and went through the same process. After entering his room, I told him it was me. I told him, ‘Hi dad, it's Diann, your favorite daughter from Mark' – something I used to say to him when I would call him and talk to him on the phone."

"He tried to open his eyes for me, but he just seemed like he was too tired. I reached for his hand and held it. He held my hand back. I placed my hand on his chest and I prayed for him."

Diann used the opportunity to talk to her father about Jesus. She asked him if he was willing to accept Jesus, and he admitted he thought he already had. Nonetheless, they prayed together.

"We prayed ‘the sinner's prayer' with him, and I told him the next time someone asks where Jesus lives, he could tell them, ‘in my heart.'"

On Veteran's Day, Diann was hoping she would not receive a call about her father passing. She desired to visit him once more.

"On my drive to the VA, I prayed and asked God if I could be there when he passed – that it'd be that day on Veterans Day, because him being a veteran, it would be such an honor – and that it wouldn't be the next day because it was my mom's birthday. I finished my prayer with, ‘Not my will, but yours be done, Lord.' "

She sat with her father, but he was in obvious decline.

"I reached for his hand and held it, but he did not hold my hand back…I counted his respirations, they were 22. He was on five liters of oxygen via a nasal cannula. His breathing was shallow but not labored."

Even though he did not respond, Diann spoke to her father, expressing love, praying for him, and ultimately asking God to take him home.

Daughter Says Goodbye To Her Father

Around 7pm that night he passed. Diann cried and prayed, hoping in her heart to see her father again one day.

In the end she was grateful for her father, the prayers of her loved ones, and most of all for God. He blessed her with that final experience with her father.

May we be like Diann and cherish our loved ones while there is still time to do so.