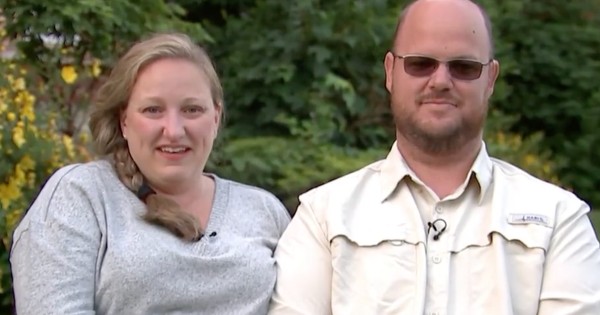 Couple Is Ready to Call off Wedding in Scotland, Then Photographer Posts Desperate Plea
Read Article »

Adoptee Dawn Milberger, now 55 years old, was "shocked and stunned" to learn a terrible truth about her birth parents and her life while in her birth mother's womb. But amid that awful truth is a story of survival, unconditional love, and forgiveness. And Dawn now shares her inspirational story personally and through her speaking engagements all over the country.

Mr. and Mrs. Milberger adopted Dawn as a baby. The couple had been unable to conceive, so their doctor suggested they consider adoption. Dawn's father knew instantly that was "his calling," having been orphaned himself by the age of 14.

The Milbergers provided Dawn and her brother, also adopted, a loving and faith-filled home. Though Dawn's parents are now deceased, they gave their children security and unconditional love and built a marriage that lasted 50 years! No doubt that foundation has helped Dawn face and survive the trials she's experienced as an adult.

Dawn's birth parents found themselves expecting a child in the late 1960's before abortion was legal and at a time and in an environment in which pregnancy outside of marriage was very shameful. So, instead of facing their poor choices, Dawn's birth parents did the unthinkable and tried to cause a miscarriage.

When Dawn's birth parents met her, they immediately recognized the terrible choices they'd made way back then. They humbly confessed their wrongs toward her and asked for Dawn's forgiveness.

That forgiveness came with a bit of help from Dawn's mother.

Dawn Milberger recalled how her mother's words turned things around. "‘You've got two people looking for mercy, you better be very careful how you respond to that,' this overwhelming sense of compassion came over me for them. I was immediately redirected from prideful anger in my pain to compassion for these two people who spent all this time trying to kill me. So it was a huge lesson in forgiveness and mercy."

Dawn Milberger’s survival and capacity to forgive show just how awesome our God is. And she shares her story as a way of pointing others toward His unconditional love and grace.

"It's not every day that you hear that somebody tried to end your life for seven months when you're at your most vulnerable,” she said. “But it's not new to the one true God. It's not new to our Creator. He knew the whole time. This is about His mercy in His desire to forgive us, and how we walk that out here on this earth."

With a powerful testimony from this abortion survivor, shaped by the actions and upbringings of her birth and adoptive parents, Dawn speaks to groups all over the country. Dawn Milberger lives with her husband of 21 years and their shelter dogs in Spring Branch, Texas. To learn more about Dawn and her speaking ministry, please visit The Abortion Survivors Network website.

YOU MAY ALSO LIKE: Woman Takes Abortion Pills, Then Has Change Of Heart And Saves Baby