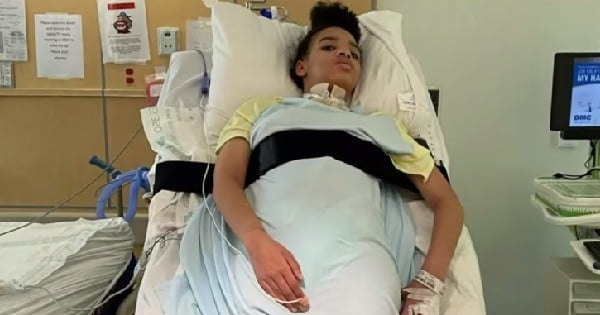 A grieving husband burst into tears when the beloved wife he believed was dead and buried walked through the door.

85-year-old Rogelia Blanco was living at the nursing home with her husband, Raman Blanco when she became ill. Staff suspected Rogelia and several other residents had contracted the Covid-19 virus. And they sent the residents to the hospital 138 miles away for medical care.

Fifteen days later, Raman and the Blanco family were told that Rogelia had died from the virus. Rogelia's friends and family were devastated by this news, but no one was grieving more than husband, Raman. “I could not believe it. I was crying after the death of my wife,” Raman stated.

When the news of Rogelia Blanco's death reached her husband and family, they were understandably devastated from their loss.

So imagine their surprise when they watched Rogelia walk back into her care home, nine days after her family had been told of her death.

As it turns out, it was a case of mistaken identity. The facility had accidentally mixed up Rogelia's name with the patient she was sharing a room with. And when that woman tragically succumbed to the deadly virus, the news of Rogelia's passing was mistakenly sent to the Blanco family instead.

After suffering with their loss for nine days, Raman and the rest of Rogelia's family and friends were in disbelief when Rogelia suddenly returned to the care home alive and healthy.

The organization that had made the error apologized, sending their regret for this "unfortunate event," and emphasizing "this was a one-off event, among the more than one-hundred transfers that have been made since last December." While condolences and prayers obviously go out to the family who lost their loved one, the Blanco family have never been more grateful to have their beloved Rogelia back with them once again.

YOU MAY ALSO LIKE: Sweet Elderly Couple Boogies To ‘Hit The Road Jack' And Have They Got Some Moves