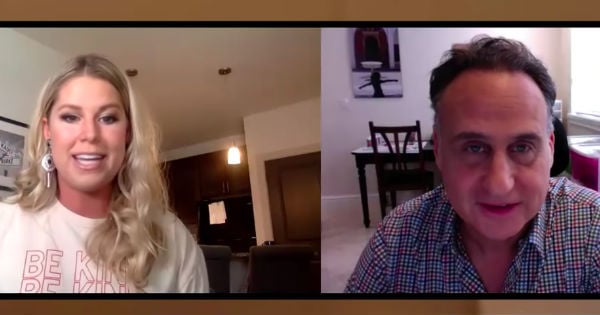 Dominique Kemp was absolutely devastated after the tragic death of her 2-year-old son, Cassius. But the community wasted no time in acting as the hands and feet of Christ. The support that flooded in is a powerful reminder we are never alone in times of grief!

One day, while at work, Dominique Kemp received the type of earth-shattering phone call that every parent dreads. It was a call reporting an accidental drowning resulting in the death of her 2-year-old son.

With daycares closed due to COVID-19, Dominique had dropped her 2-year-old son, Cassius Saulsgiver, off at her father’s house that morning. But at some point during the day, the toddler found his way outside and into the backyard swimming pool.

Most would agree that losing a child is one of the worst things a person can experience. And the death of 2-year-old Cassius certainly rocked Dominique to the core. His death came just before his third birthday.

"No one ever thinks this would happen to them," the grief-stricken, single mom explained.

The “what ifs” plague Dominique daily. And there is a huge void left by Cassius’ absence.

"He just loved life," his mom recalls. "He just loved everything. Everybody. You could be a complete stranger and he'd warm up pretty quick."

But in the midst of this horrible tragedy, Dominique Kemp is experiencing God’s loving presence through the support of her community.

Community Rallies After Death Of 2-Year-Old

In the Bible, we read about bearing each other’s burdens. And as Dominique’s coworkers witnessed the single mom receiving the dreaded call, they set out to do just that.

"I never, ever want to have to have anyone experience that again," said coworker Allyson Benemann, who has 4 children of her own and was there when Dominique got the call. "That was just heartbreaking to hear."

And so, as the devastated mom took off to deal ith the death of her 2-year-old, her colleagues banded together to come up with a way to help her.

"The day we found out what had happened, all of us co-workers were trying to figure out how we could help her in such a short notice," friend and coworker Nicole Contreras said. "Our hearts were breaking for her since most of us here are parents. We knew she wouldn't be able to return back to work for a short period since she was dealing with so much."

The crew immediately began organizing a two-day fundraising event, appealing to the community for help in supporting the grieving single mom.

Part of the fundraising involved a silent auction. The goal was for a donation of up to 15 baskets to be auctioned off. But as word of the terrible tragedy spread, they ended up with a whopping 52!

A local artist donated artwork for auction. A local restaurant provided food. The entire community came together to act as the hands and feet of Christ!

Dominique has worked for her employer for less than a year. So, she was truly astonished by the lengths her coworkers went to support her after the death of her 2-year-old.

The event managed to raise around $3,500 for Dominique Kemp. But more than that, it reminded the grieving mom that she’s not alone.

"I can't even say ‘Thank you' enough cause it's just starting to become repetitive," she said.

YOU MAY ALSO LIKE: Baby Sling Tragedy Leaves Mom Inconsolable But Community Becomes Hands And Feet Of Jesus

Caring for the hurting and needy in our community is just what God wants us to do. Our hearts and prayers go out to Dominique Kemp for her loss, and we pray she will continue to experience the Lord’s love through those around her.