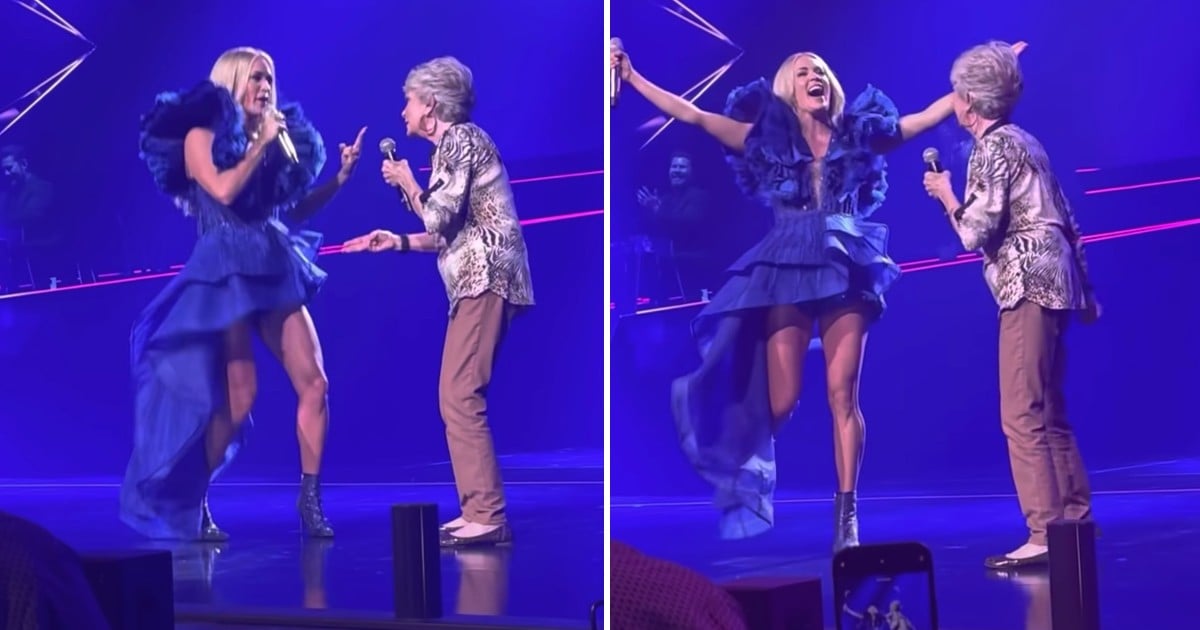 Christian celebrity Denzel Washington at a men’s conference called “The Better Man Event” reflected on what he hears God telling him during prayer. And the Academy Award-winning actor had some pretty powerful advice on what it means to be a man of God!

Denzel Washington joined his spiritual mentor, Pastor A.R. Bernard, in a 30-minute sit-down discussion at the men’s conference. And during that time, Denzel opened up about a calling God has laid on his heart.

RELATED: Denzel Washington’s Words After Will Smith Slap At Oscars Shows He’s The Friend We All Need

At first, this message from the Lord confused the Christian celebrity. But over the years, he says he’s come to realize “there are all kinds of sheep." He’s also realized God is not calling him to do this on his own.

"So that’s why I talk to experienced shepherds to help guide me," he explained.

The Role Of A Man

During the men’s conference, Denzel Washington went on to discuss the role of a man. And he encouraged men to honor the role God has given them.

“What is our role as a man?" Denzel questioned in regard to how our world is changing. He then went on to explain, “The John Wayne formula is not quite a fit right now. But strength, leadership, power, authority, guidance, patience are God’s gift to us as men. We have to cherish that, not abuse it.”

The Christian celebrity also reminded folks not to confuse his identity in Christ with the characters he plays on screen.

“What I played in the movies is not who I am; it’s what I played,” he said. “I’m not going to sit or stand on any pedestal and tell you about what I had in mind for you or your soul. Because the fact of the matter is, in the whole 40-year process, I was struggling for my own soul.”

Staying true in Hollywood can’t be easy. Our world defines success very differently than in the Bible. And Denzel Washington cautioned those at the men’s conference not to get caught up in becoming “lovers of ourselves.”

"The number one photograph now is a selfie," he said. "So we all want to lead. We’re willing to do anything - ladies and young men - to be influential."

RELATED: Denzel Washington Opts For Prayer Over Condemnation After Oscars Will Smith Slap

“Fame is a monster,” Denzel continued, “and we all have these ladders and battles, roads we have to walk in our given lives. Be you famous or whoever’s out there listening, we all have our individual challenges. It’s cliché [but] money, don’t make it better. It doesn’t. Fame just magnifies the problems and the opportunities.”

So, for the men out there looking to become successful, Christian celebrity Denzel Washington had some powerful advice — remain prayerful and listen to God.

“Stay on your knees. Watch me, but listen to God,” he suggested. “I hope that the words in my mouth and the meditation of my heart are pleasing in God’s sight, but I’m human. I’m just like you. What I have will not keep me on this Earth for one more day. Share what you know, inspire who you can, seek advice. If you want to talk to one someone, talk to the one that can do something about it. Constantly develop those habits.”

What an inspirational man and a powerful reminder to keep God in all we do!

YOU MAY ALSO LIKE: Denzel Washington Says ‘Put God First' In Motivational Speech

“Let this book of the law be ever on your lips and in your thoughts day and night, so that you may keep with care everything in it; then a blessing will be on all your way, and you will do well.” Joshua 1:8