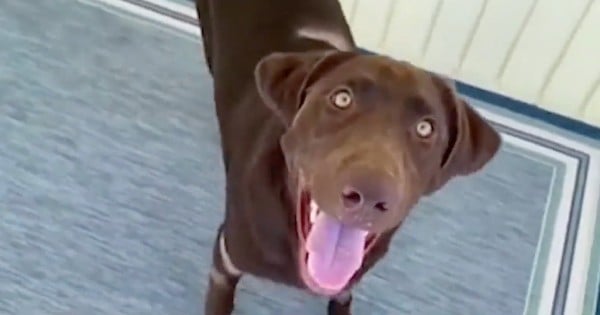 A heroic deputy lifts a car off a woman at the scene of a terrible crash. And his tremendous act of heroism in this positive news story is earning Deputy Jon Holt so much applause!

Some may credit adrenaline. Some may credit sheer will. But we know the incredible feat performed by Deputy Jon Holt of lifting a car off a woman was all because of God.

In fact, you can see divine intervention sprinkled all throughout this incredible story!

It was Mother’s Day weekend and Deputy Jon Holt was on his way back from another call when something awful happened right in front of him.

An SUV lost control on the other side of the road and crashed. And Deputy Holt was in the right place at the right time to respond immediately.

Arriving on the scene, there was pandemonium. The large vehicle flipped in the crash, landing upside down and trapping a woman’s head underneath. Her terrified children screamed for help.

"I see the female laying with her head pinned underneath the vehicle," Deputy Holt recalled.

By now, the woman’s children were panicking. Their mother couldn’t breathe and they knew time was of the essence.

The Deputy knew he needed to lift the car off of the woman. But how?

“You can’t let a child see their mom pass away,” Deputy Jon Holt explained. And though the situation was dire, the heroic police officer knew he needed to be brave for the kids.

"I have to be that reassuring figure, even though inside I'm frantically figuring out what I need to do," he said.

Deputy Jon Holt’s bodycam rolled during the entire incident. And his camera captured just how intense the situation was.

With the kids screaming for help, the Deputy raced to the vehicle and tried to pick it up. However, the SUV weighs roughly 4,000 pounds. His first attempt failed and you can hear him say, “I can’t get it off.”

The woman’s distressed son continues screaming, “Mommy” and it’s absolutely heartwrenching. But after Deputy Holt gently coaxes the crying boy out of the vehicle, he does something amazing.

"At that point, I put my shoulder into the door frame and all I'm thinking to myself is ‘I just have to stand up'," he says.

The Deputy lifts the car off the woman and she immediately begins gasping for air!

This is truly a God moment. There is no way one man could lift the hulking vehicle without some divine help!

This isn’t the first time Deputy Jon Holt has performed an incredible rescue. In fact, numerous other heroic deeds earned him the local and regional award of Top Cop 2020. Yet, the humble hero quickly deflects any praise for his actions and says he must have a guardian angel by his side.

“I’m no hero,” the Deputy said. “I’m just an average cop that gets put in extraordinary situations.”

YOU MAY ALSO LIKE: Strangers Helped by Hand of God to Miraculously Lift Tractor Off Trapped Man

WATCH: Deputy Holt Speaks Out About Lifting Car Off Woman