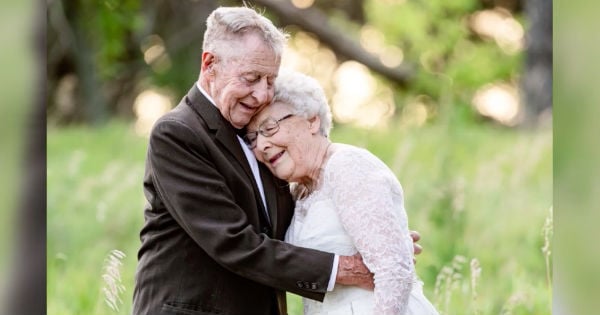 One wife gets flowers everyday while battling COVID-19, sent from her sweetheart. What a devoted husband!

2020 has been a rough year. Restaurants have shut down and many people have resorted to online shopping because going out is too risky. Due to safety concerns, some hospitals are admitting patients, but not letting friends or family past the front doors.

COVID-19 has changed the world in many ways, but one husband shows that his love for his wife remains unchanged.

Kay Pelican has been with his wife Chenella for 20 years. Chenella was admitted into the hospital for COVID-19 in early August, and Kay found it very difficult to not be by his wife's side.

On August 5, Kay sent his wife a bouquet of flowers in hopes to reassure Chenella that he was still there for her and that he still loved her. Since that day, Kay has not stopped sending Chenella flowers.

Chenella's hospital room was decorated with so many flowers, filling the room with bright colors and beautiful aromas.

“I can’t be by her bedside, but I gotta let her know in some kind of way that I’m there,” Kay said.

“Usually when one of us is in the hospital, we sit with each other, so this was the only way I could be there,” he continued.

The nurses were able to set up FaceTime calls so the couple could see each other.

Even though Chenella was unable to speak, she was aware of her husband's effort to keep her feeling supported. When Kay had sent flowers, the nurses would tell her and she would nod her head.

Kay was providing support to Chenella the only way he knew how. Kay's gesture had also boosted the morale of nurses and hospital staff who were inspired by his outpouring of love for his wife.

YOU MAY ALSO LIKE: ‘Twins' Photos Go Viral As People Find Out They Are Really Mother and Daughter

Although social media posts about Kay and Chenella's story have received thousands of shares and views, Kay says that he does not do it for publicity.

“That’s the woman that I’ve been with for 20 years and been married to for 19. I do things like that because we’ve been together so long and it means so much to her and means so much to me.” Kay said. Chenella is doing a lot better and still making progress. Hopefully, Chenella will recover and be able to go home very soon to her loving family.