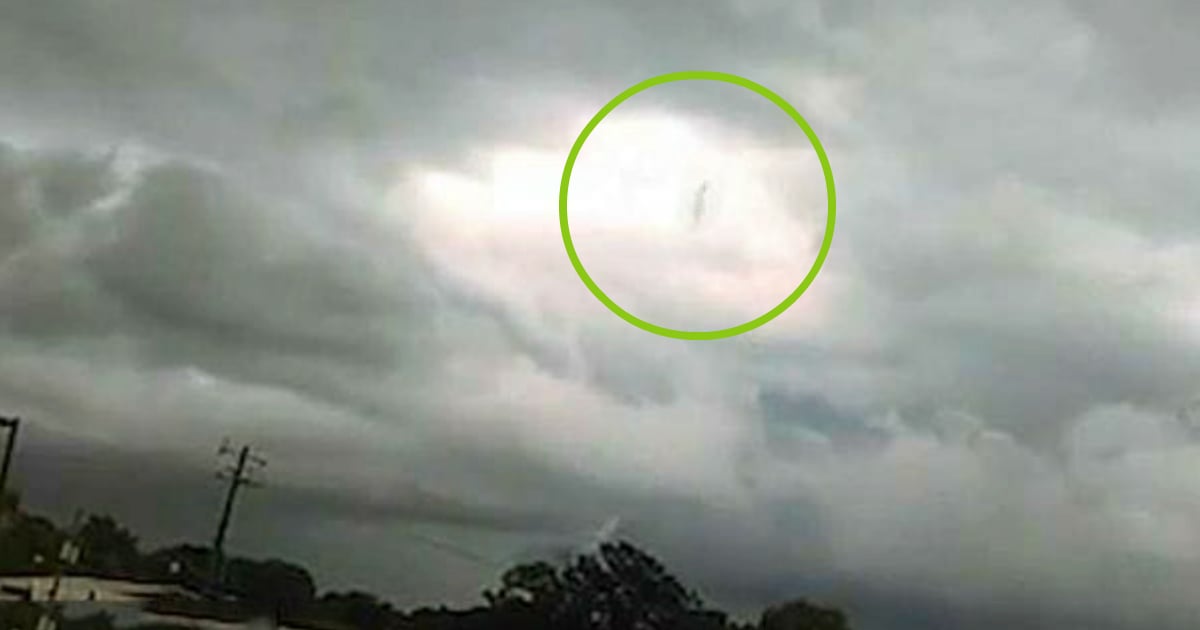 The doctors and nurses kept telling her she was wrong. But Mercedes Cushworth just knew she had the wrong baby. And after a secret DNA test, she finally had proof she was the victim of a baby swap.

God has blessed moms with an incredible instinct when it comes to their children. And had Mercedes not listened to hers, she and her husband, Richard, may have never met their real son. But this real-life news story of baby swap shows how God was at work in their lives!

Richard Cushworth is originally from England and his wife is a native of El Salvador. The two serve as missionaries and live together in Dallas, Texas. However, when Mercedes delivered her son via emergency c-section, she was in her homeland of El Salvador.

After giving birth, Mercedes got to see her biological son for just a moment, before the baby swap took place.

“He was just passed by me and I gave him a kiss and then he was taken to the nursery and that was the last time I saw him,” she recalled.

After that, nurses brought her a different baby. Mercedes immediately spoke up, pointing out this baby looked different than her son. But everyone kept insisting it was her child, blaming the medication from the delivery for her confusion.

Mercedes returned home to Dallas with her supposed son, whom she and Rich named Jacob. She cared for Jacob, nursed him, and loved him. But she couldn’t shake the feeling that this wasn’t her actual baby.

Mercedes tried to ignore her concerns. After all, she loved Jacob. But as he continued to grow, she couldn’t help but notice he bore no physical resemblance at all to neither her nor Rich. 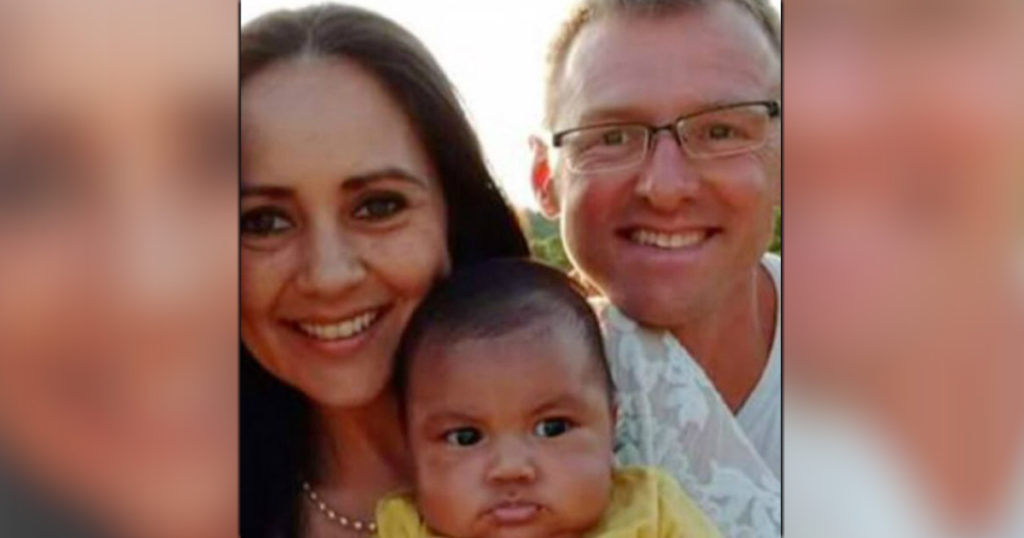 Finally, she decided to have a DNA test completed. She kept it secret from her husband and wrestled with intense feelings of guilt.

“Even when I did the DNA tests, I thought I was betraying him,” Mercedes explained. “That was the feeling I had – I’m betraying my son but I cannot live with this.”

But when the test results came back, they confirmed Mercede’s worst fears. The baby she’d brought home and grown to love didn’t actually belong to her.

“The pain, the thought that the baby I had been nursing, taking care of, loving, that he was not mine,” she said.

In addition to the heartache, Mercedes also felt terrified. If Jacob went home with her, then where was her biological child?

“Where is my baby?” she cried.

With the proof she’d been a victim of a baby swap, Mercedes and Rich began the arduous task of tracking down their biological son.

Though the couple desperately wanted to find their real son, the idea of losing Jacob terrified them. In their hearts, they loved both boys and hoped to be able to keep both of them.

At last, Mercedes and Rich had found their baby boy!

"We had a little hallelujah party over the answered prayer," family friend John Hollar said. He is also the director of the Christ for the Nations Institute in Dallas where the couple met and studies. "Usually in countries like most of the countries in Central America, when a baby disappears, he's gone forever. To have this kind of result, we just feel like God answered our prayers."

The parents set up a meeting to return the 4-month-old swapped boys to their rightful families. 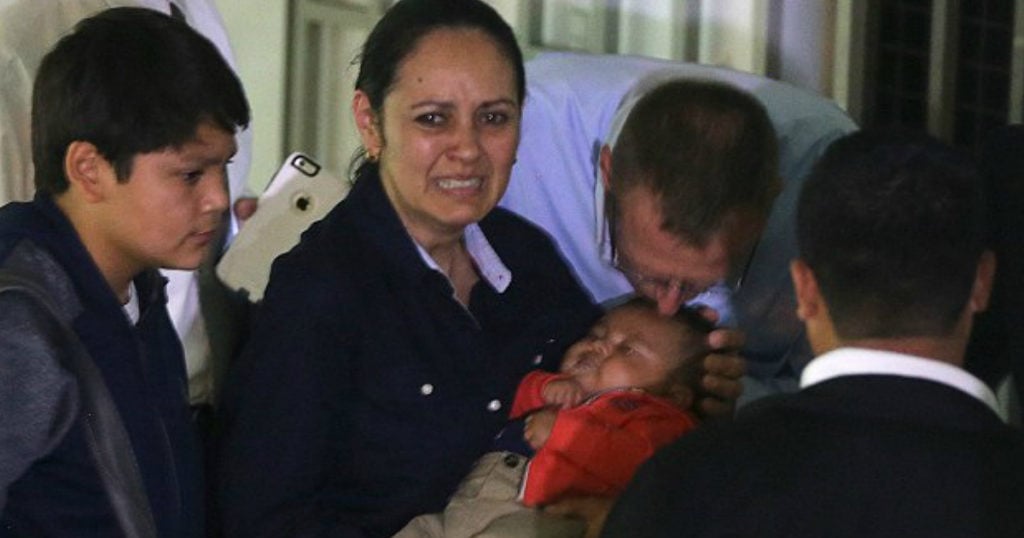 Both families “wept their eyes out” during the emotional reunion. There was the joy of holding their biological son for the first time.

“It was beautiful. It was a blessing of God,” Mercedes said.

But then, they also had to say goodbye to Jacob.

“We were rushed in and we had to go really quickly and we barely had time to say goodbye.” Mercedes recalled. “That was the most difficult part of all the situation.”

The heartache of losing a baby they’d spent months raising hit just as hard as the joy of having their son returned.

The Cushworth’s named their son Moses since he’d been missing for three months, just like the Old Testament prophet. 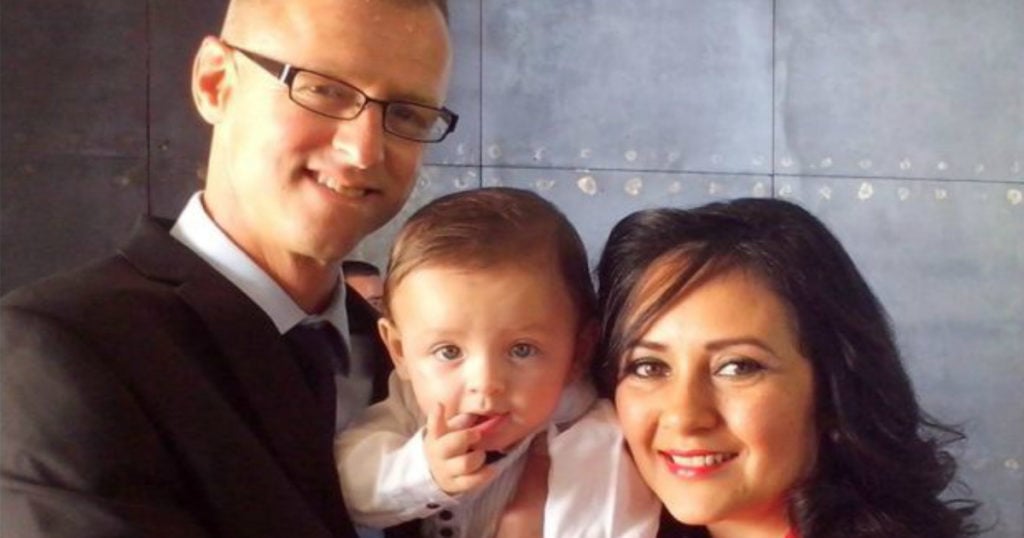 Sadly, the red tape with his birth certificate paperwork stretched out for months and months. But finally, Mercedes and Rich could leave El Salvador and head back to Dallas with their baby boy. And even though they live far from El Salvador, they are hopeful to remain in touch with the other family and a part of Jacob’s life.