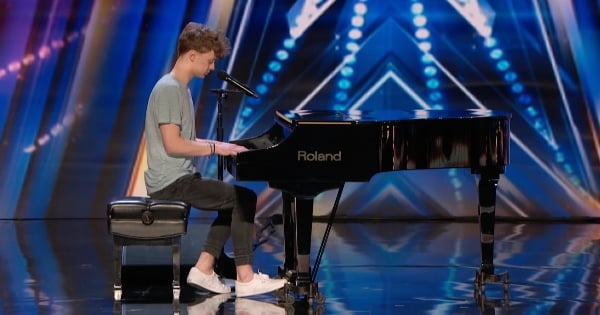 A touching sing-along to ‘Do-Re-Mi’ from The Sound Of Music breaks out as the American Film Institute honors Julie Andrews in a unique way. And it’s stirring up all kinds of nostalgia!

At the start of this clip, Julie Andrews is being honored for the 48th AFI Life Achievement Award. She is pleasantly surprised to see five of the actors who played her children in the Sound of Music be introduced on stage.

As Nicholas honors Julie, he tells the audience that they are going to do a sing-a-long with Julie. The video begins to play the clip of "Do-Re-Mi" from The Sound Of Music and the audience starts singing along with Julie Andrews.

The former child actors walk through the audience singing as they make their way to Julie. The video plays the original clip from the scene in the movie. They arrive at the seat of their former "mother" from the movie and all shake hands and sing together. Julie sings along, sharp as a whip. This memorable award will go down in the books for a woman of class and great character.

Impacting Others For Christ

Julie Andrews reminds us of our impact on others even if we only spend a short time with them. Clearly, all the actors who played her children years ago adore her.

YOU MAY ALSO LIKE: Children's Choir Sings Heavenly Version of ‘Edelweiss' from Sound of Music & It's So Angelic

This is a reminder to us that we never know the impact that we too make on people. Christ gives us the ability to love with His Holy Spirit. We can encourage those around us and motivate them by our words and actions. Do not give up on making a difference in your life. We each have a unique purpose in sharing the gospel to the world.

"And over all these virtues put on love, which binds them all together in perfect unity.” Colossians 3:13

WATCH: Julie Andrews Sings Along With ‘Do-Re-Mi’ From The Sound Of Music