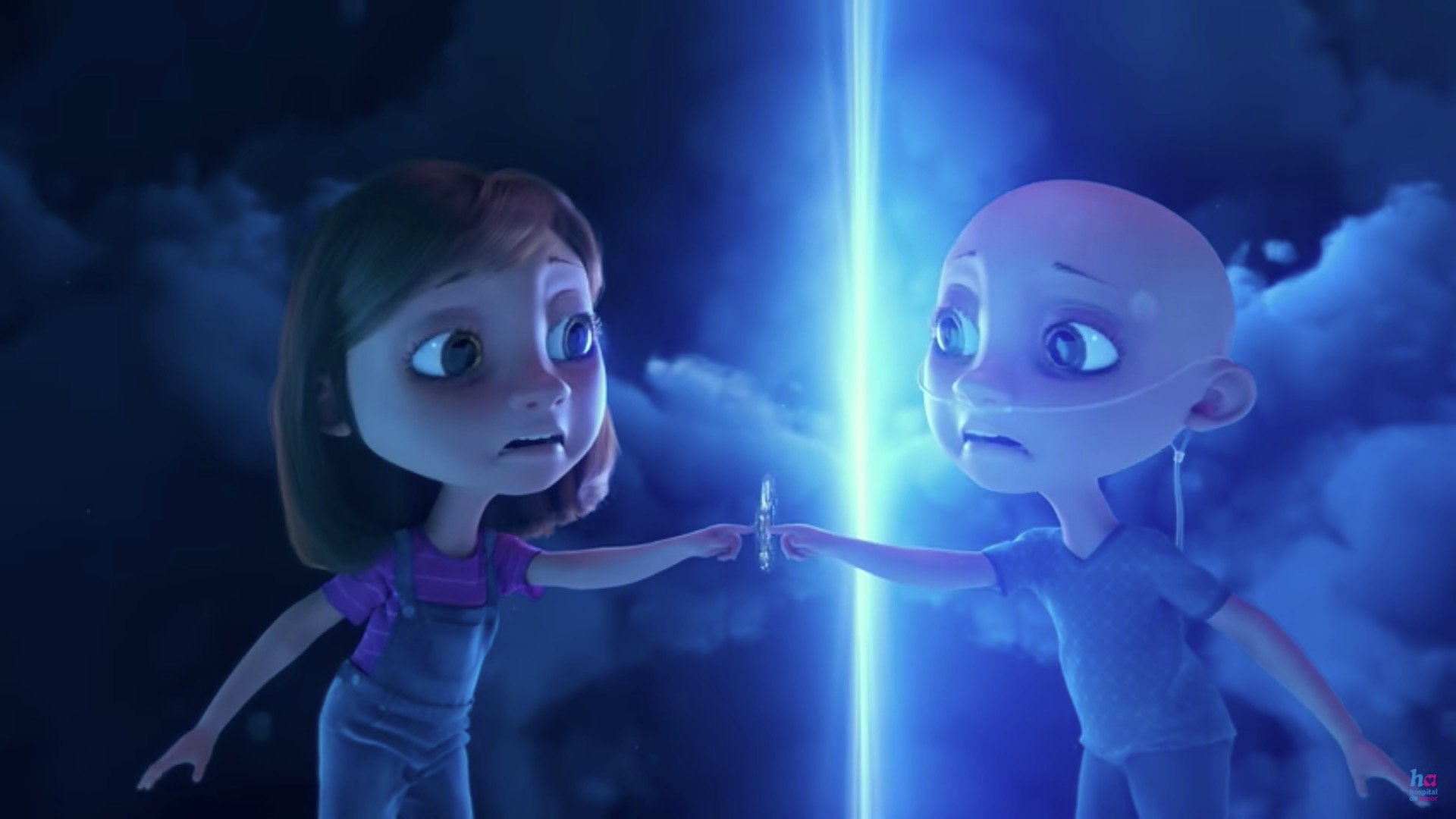 Three cribs. Three car seats. Everything in threes. And that’s because Christian and Vivian van Gorder were expecting triplets. But during the delivery, doctors spotted a fourth, completely unexpected baby. Turns out mom was having surprise quadruplets!

Christian Van Gorder knows God is good. Not only because he’s is a religion professor at Baylor University. But also because God has already blessed him and his wife, Vivian, with three beautiful children.

RELATED: Maryland Couple Finds Out They're Expecting Triplets Soon After Having Twins

And God had even more in store for this family!

Vivian’s pregnancy was full of surprises. At first, she and Christian thought they were having just one baby. A few months later, because she was measuring high, doctors worried Vivian might have a fibroid (a noncancerous tumor in the womb). Later, at her 18-week ultrasound, Vivian found out she was having triplets.

“There was a point a didn’t want to go to ultrasound because they kept finding something,” said Vivian.

But even though Vivian continued to regularly attend doctor’s appointments and ultrasounds, there was no sign of a fourth baby. At least, not until the day she delivered! 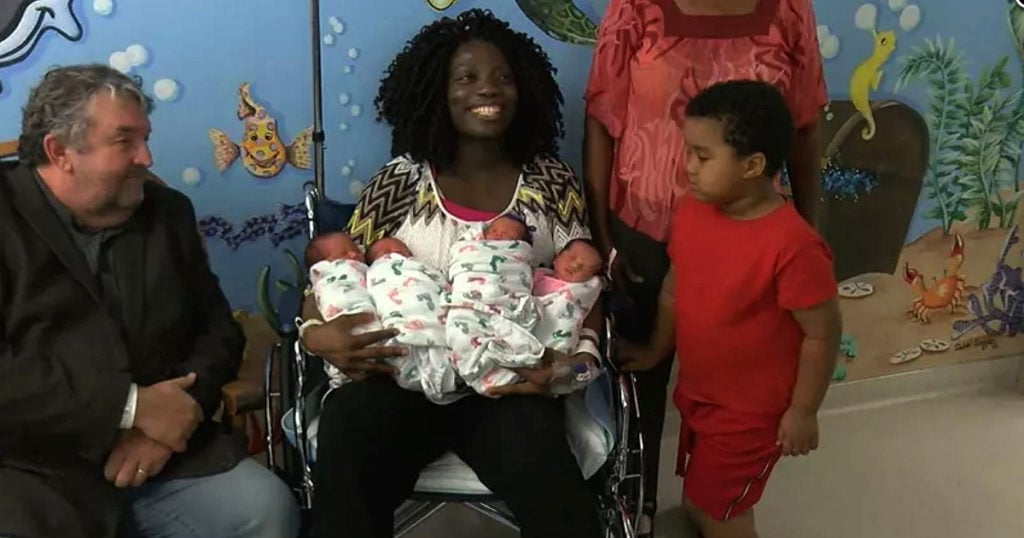 During Vivian’s c-section, things were going as planned. And then doctors spotted something totally unexpected.

“At delivery, we delivered the three we were expecting,” said Doctor C. Tony Dunn. “And I reached in and felt an elbow and said ‘we got a surprise.'”

Vivian gave birth to two boys and two girls, each weighing between four to five pounds. And she couldn’t believe how much things had changed since first expecting just one baby!

The couple didn’t use any kind of fertility treatment. And while Vivian does have twins in her family, she never expected to have twice that herself!

RELATED: Couple Adopts Triplets, Then Mom-To-Be Gets News From Doctor

Two of the babies needed oxygen for a few hours after birth. But otherwise, all four of the surprise quadruplets are doing well!

The family had already picked names for the expected babies — Clare, Tristan, and Erik. And after some consideration, they gave God’s unexpected miracle a lovely name — Grace. 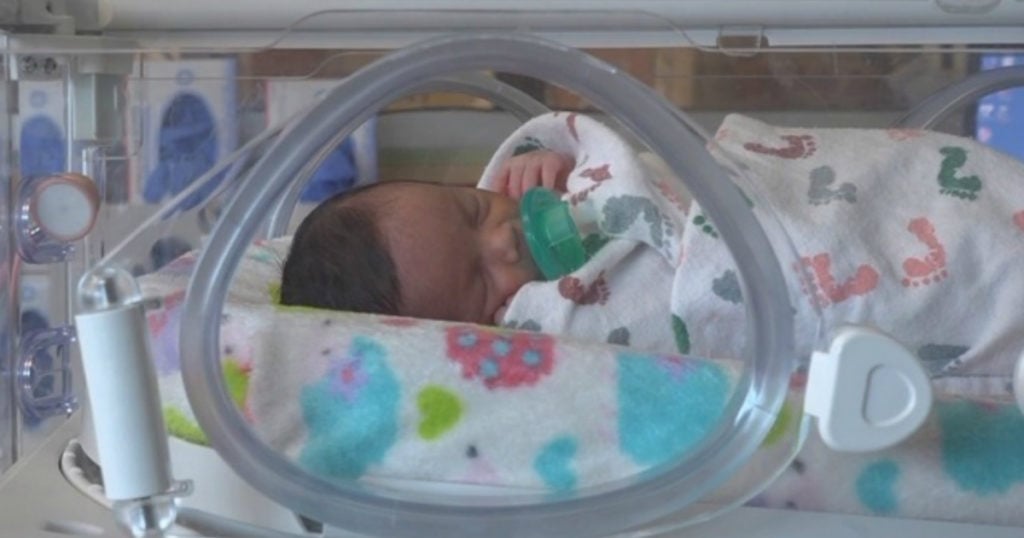 And the four new additions headed home with mom and dad to make for a loving family of nine!

Not only was baby Grace a surprise, but she made history for the hospital, too. In nearly 100 years of operation, Chris and Vivian’s was the first set of quadruplets born at Baylor Scott & White Hillcrest Medical Center!

Melonnie Pollard, the Director of Women’s and Children’s Services at the hospital seconded the President’s delight over the incredible birth story.

“The birth of a child is always a special life event,” she said. “The birth of quadruplets is a truly miraculous event. We are so honored that the Van Gorder family chose Baylor Scott & White Medical Center – Hillcrest to share in their sacred life event!”

While the surprise addition caught the couple off guard, there’s no doubt God will help provide for this precious family.

“Children are a heritage from the LORD, offspring a reward from him. Like arrows in the hands of a warrior are children born in one's youth. Blessed is the man whose quiver is full of them. They will not be put to shame when they contend with their opponents in court.” Psalm 127:3-5