Poor Diesel was an abused dog chained outside in the freezing temperatures for four long years. But one day, an angel showed up to help. And this is Diesel’s amazing rescue story.

For animal lovers, it’s hard to imagine bringing home an animal without the intention of fully loving and caring for them their entire life. Sadly, though, it happens all too often. And it happened to Diesel.

Abused Dog Chained Outside For 4 Years

Diesel lived in the Yukon in Canada. There, the winters are harsh with temperatures reaching as low as 40 degrees below freezing. HIs owner had grown tired of Diesel and left the poor, abused dog chained outside year-round.

Even when the weather turned bitterly cold, Diesel remained outside. Left to fend for himself, the freezing temps weren’t the only threat to Diesel’s safety. Once, a horse kicked Diesel in the head, knocking out the dog’s teeth and splitting his tongue. In fact, when rescuers showed up to save him, Diesel sported a patch of dried blood from where he’d fought off an attacking dog. 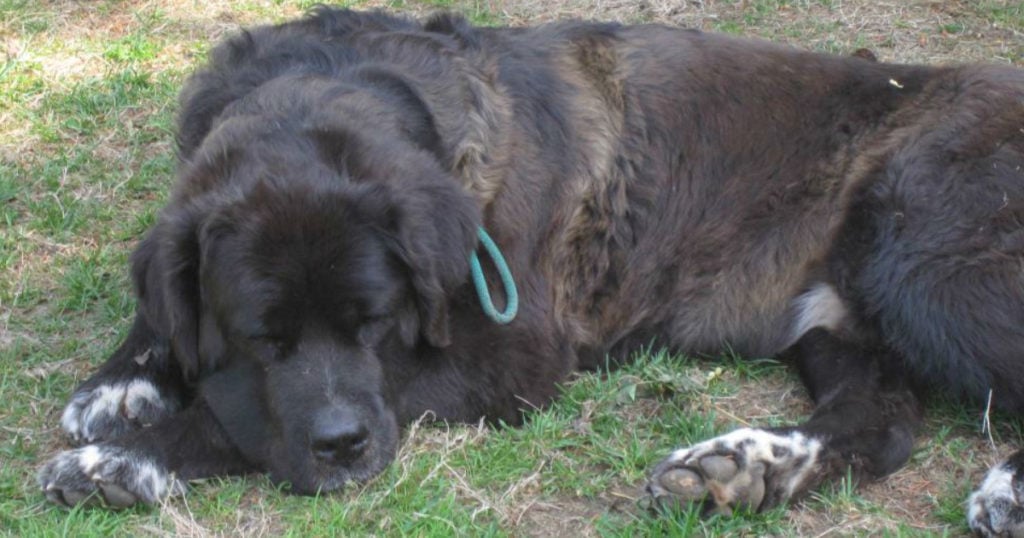 Animal rescuers swooped in like angels and took the poor dog chained outside away from his uncaring owner. They loaded Diesel safely on a plane and flew him to Vancouver.

There, Diesel had a benign tumor removed, 7 teeth extracted, and was neutered. He also received emotional and behavior rehabilitation so he could go to a home where he’d be cared for properly.

In 2014, Diesel passed away peacefully in his sleep from cancer related to old age. It came more than 5 years after his rescue. And thanks to Animal Advocates, this gentle giant spent the rest of his life experiencing all the love and joy he deserved.

WATCH: Diesel’s Rescue Story, From Chained Up To Freely Loved

It’s heartbreaking to know that dogs like Diesel must endure a living nightmare like this. Thank God for the wonderful angels who dedicate their lives to rescuing abused and neglected animals like Diesel!