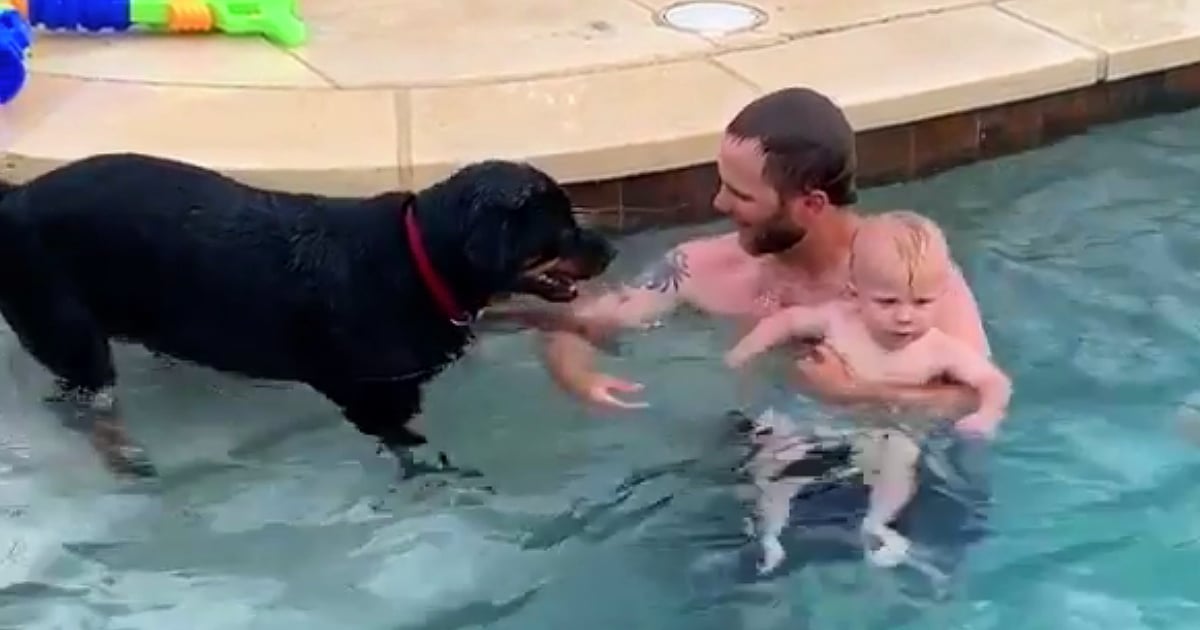 A church service got a nice surprise during the middle of mass one Sunday. Out of the blue, a friendly dog joined the priest on stage right after walking through the front doors!

Dogs are truly a gift from God. They provide us with unlimited love, laughter and lots of amazing memories. The more we are around these incredible creatures, the more we understand just how much time and detail went into their creation.

RELATED: Talented Dog And Trainer Show Off Their Moves With A ‘Footloose’ Routine On AGT

The parishioners at one church in Brazil were given an up-close look at just how heavenly dogs truly are. Father José Geraldo Sobreira was leading mass at the Nossa Senhora das Dores parish when a new visitor strolled in.

Herman, a dog from the neighbor, trotted right into the sanctuary. From there, he went straight to the front of the church where he found a friend in Father Jose.

Despite knocking over a few flower arrangements, this furry friend showed his lovable nature by getting some belly rubs and attention from the priest. Father Jose never looked annoyed at the unlikely visitor.

Priest Is Surprised When Dog Joins Him On Stage

He simply accepted Herman just as he was. The church later learned that the dog belonged to a neighbor suffering from Alzheimer's.

She was so relieved to have her beloved friend home after his adventurous journey. Others are amazed at Herman's first church service too. The video clip has now been seen over 7 million times across social media and the views continue to climb each day.

YOU MAY ALSO LIKE: Dog Dies Protecting Family & Sleeping Baby From Deadly Menace & Hidden Cameras Caught It All

Herman's story is a perfect example of how God accepts us for exactly who we are. No matter the situation, God will be right there to love and guide us