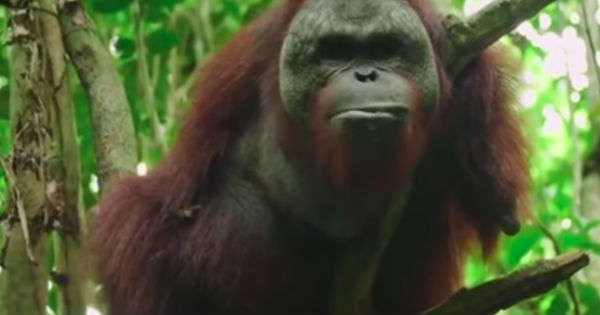 After a recent trip to the aquarium, a golden retriever dog befriends a dolphin and they become best friends!

Who doesn't love to go to the aquarium? It is a fun, and adventurous place for children, and adults alike. Even for this sweet dog, Kevin!

Kevin is a golden retriever from Tampa Florida that is a bit of a celebrity! He has a large following online on the popular social media site, Instagram. Kevin is a very friendly pup, known for often wearing a duck hat.

Earlier this month he received an invitation to Clearwater marine aquarium. Kevin went to the aquarium and got to swim in the dolphins' home!

While he was there, Kevin met Winter the dolphin. Winter is a bit of a celebrity himself having starred in the hit movies, Dolphin Tale and Dolphin Tale 2. Kevin also met Winter's friends PJ, Hope, Nicholas, and Hemingway.

Kevin had many adventures at the Clearwater marine aquarium! He also got to swim in The Winter Zone with animal care specialist Katie Wojdlya.

Kevin's human, Elysse Gorney, shared pictures from the visit, as well as videos. The videos captured how interested Kevin got in the other animals. He loved to watch them swim!

Elysse wrote, "His picture is just so pure it honestly brings tears to my eyes. This boy loves everyone: dogs, ducks, people, babies, and even dolphins. Kevin is my greatest adventure and I am so lucky that I get to do life with him."

She continued, "Thank you all for following his adventures, embracing his weird quirks, and just loving my boy!

When trainer Katie recalled the visit, she said, "Swimming with Kevin in Winter’s old home was definitely a day I won’t forget. Not only was it easier to breathe because we were above water, but it was an extra special moment where my passions for animals, the environment, and our oceans all combined."

YOU MAY ALSO LIKE: ‘Miracle' Chihuahua Is The Reason 86-Year-Old Veteran Is Alive, & Here's Their Emotional Reunion

Kevin had such a great experience at the aquarium! Hopefully he can go back soon. Maybe we can all learn a little something from our furry friend, about friendship and loving everybody!