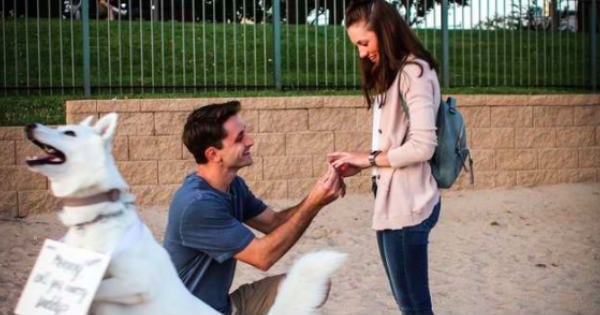 This shelter dog wants to hold hands with every human who passes by his cage. But even with his sweet nature, the poor pup spent a year and a half at the shelter waiting for his forever home. But once his heartwarming story went viral, it wasn’t much longer before he got the loving family he so deserved!

You’d think more than a year of sitting overlooked at the shelter would harden Speck’s spirits. But that wasn’t the case.

Anyone who walked by Speck’s cage quickly discovered this dog wants to hold hands with anyone who is willing.

"All he wants is people love," said Desiray Miracle-Wilder, the director at the Bullock County Humane Society.

Anytime Speck spotted a person headed in his direction, he’d press his sad, little face up against the cage and stretch his paw out as far as he could.

"He will reach his little hand out and he just wants you to touch him and hold his hand,” Desiray explained. “And he's so sad when you walk off to finish cleaning or whatever you have to do.”

You’d think this adorable habit would earn a home for Speck in an instant. But sadly, that wasn’t the case for the dog who wants to hold hands.

Speck sat in his kennel at an Alabama animal shelter waiting for the day someone would take him home. But after a year and a half, that day still hadn’t come.

Still, this sweet boy reached out to all who passed by his cage. And one day, Desiray decided to film the desperate pleas of this dog who just wants to hold hands.

“You could put anything else around him - another giant dog, a cat, but he is just so fixated on getting love from people that he doesn't care about anything else," she says.

“He just wants you to touch him,” Desiray went on to explain. “If you sit down, he's laying on you, if you hold his hand, he'll hold your hand, if you scratch his belly, he'll roll over.”

Desiray hoped by sharing Speck’s video, the shelter might find someone interested in adopting him. But she got even more after the Internet fell in love with the dog who wants to hold hands!

The video of sweet Speck reaching out for some hand-holding quickly went viral.

And in no time, he was headed to a home where he’d not only get the human love he so deserved, but also the love of two fur-brothers!

In addition to a happy ending for Speck, the media attention he received also helped other animals, too.

"We are so excited,” Desiray said. “Not only did Speck get adopted due to this video of his cuteness but he also helped a few other fur babies get rescued and he got us some food donations!”

YOU MAY ALSO LIKE: Viral Video Of Dog Crying After She's Dumped At Shelter Brings A Happy Ending

What a wonderful story about the power of second chances!

WATCH: A Home For Dog Who Wants To Hold Hands