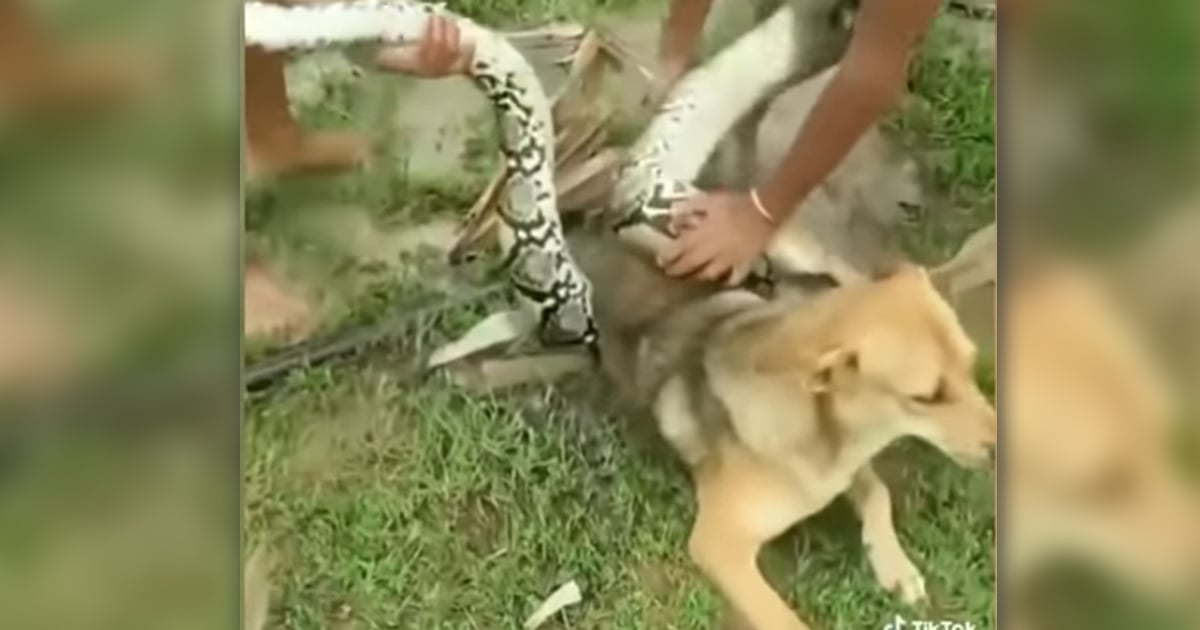 You’d think your pets would be safe in a fenced-in front yard. But one man in Texas found out this wasn’t the case when brazen dognappers abducted his puppy right out of the yard. But what they didn’t count on was the surveillance footage that soon went viral!

Matt Ivy spends much of his time protecting his community as a Dallas firefighter. But in his spare time, he raises and breeds French Mastiffs (also known as Dogue de Bordeaux). He fell in love with the breed as a kid thanks to the movie Turner & Hooch.

Matt lives in a remote area in Mesquite, Texas with plenty of fenced-in yard for his dogs to enjoy. Perhaps this is why a pair of dognappers targetted his pups. They assumed it would be an easy snatch and grab. But they didn’t count on the security cameras Mike had rolling!

As cameras rolled, a man with a cigarette hanging out of his mouth strolls right up to the fence, reaching over and snatching up a 10-week-old puppy named Chipper. The poor things yelps in fear as another adult dog barks frantically.

The brazen thieves take off. And when Matt gets home to find Chipper missing, he immediately turned to the security tapes to see what happened. And watching the footage left him fuming!

“I panicked, looked in the yard for him. I saw he wasn’t there, checked the security cameras.” Matt went on to say, “I was livid.”

If not for the footage, there’s a strong chance Chipper would be gone for good. But with the dognappers caught on camera, Mike went to work tracking them down.

He started by getting the police involved and sharing the video online, pleading for help in locating his missing pup. Needless to say, folks were appalled by the brazen thievery. And while the video circulated online, eventually going viral, Mike also started raising funds to offer as a reward for Chipper’s safe return.

Meanwhile, God made sure the stolen puppy wound up right where he needed to be!

Soon after pulling off their heartless abduction, the dognappers showed up at an auto body shop in Garland, Texas with Chipper. They sold the pup to a man named Brian for $300. Matt normally sells his full-bred dogs for $3,000!

That could have easily been the end of the story, with Matt never knowing where little Chipper turned up. But thanks to the online viral footage, he got a happy ending!

Brian and his family took good care of Chipper while they had him. But when his wife saw Matt’s security footage online, she instantly knew their new fur-baby was the stolen puppy. And as much as the family loved the 10-week-old Mastiff, they knew they had to do the right thing.

Brian Vazquez contacted Matt and returned Chipper to his rightful home. As a way of saying thank you, Matt gave him half of the reward money raised. He is giving the other half to a man helping on the crime side to catch the culprits.

“Giving half to Brian with Omars Wheels and Tires for returning Chipper and half to another man that has been instrumental in the criminal side of this. Both men define integrity!” Mike wrote on the fundraising page.

While the hunt is still on to identify and catch the dognappers responsible, Chipper is safe and sound. Thank God!

YOU MAY ALSO LIKE: Internet Helps 93-Year-Old Veteran After His Beloved Dog Is Stolen From His Yard