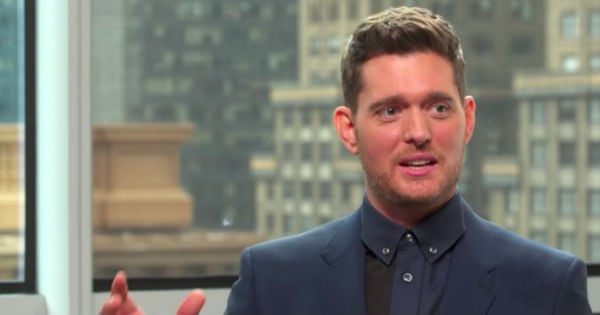 These Michael Buble Impressions Of Elvis, Frank Sinatra, And More Are Completely Spot On
Read Article »

Tennessee legislature proposed a Dolly Parton statue for the Capitol building in Nashville. The star, however, humbly asked them to hold off. And here’s why.

Most would likely agree that Dolly Parton is a national treasure. So, it comes as no surprise her home state of Tennessee wanted to pay tribute to the incredible country music legend.

RELATED: Dolly Parton Is At Home Sharing Encouraging Words We All Need To Hear During Coronavirus

Their idea was to erect a Dolly Parton statue on the Capitol grounds in Nashville. The bill, which passed unanimously, stated:

"The state capitol commission, at regularly scheduled meetings, shall develop and implement a plan for the commissioning of a statue of Dolly Parton, to recognize her for all that she has contributed to this state."

While the gesture completely flattered 75-year-old Dolly Parton, she had a pretty admirable reason for requesting the bill be put on hold.

In a display of typical Dolly thoughtfulness, she’s sensitive to all that is going on with the world. And simply put, she doesn’t think the timing is right for erecting her statue.

Turning down such an honor is a tricky thing. But Dolly handled it with her usual grace and tact.

“Given all that is going on in the world, I don’t think putting me on a pedestal is appropriate at this time,” she wrote.

While the initial timing didn’t feel right, that doesn’t mean the idea of a Dolly Parton statue is completely off the table.

“I hope, though, that somewhere down the road several years from now or perhaps after I’m gone,” Dolly says, “if you still feel I deserve it, then I’m certain I will stand proud in our great State Capitol as a grateful Tennessean.”

A Christian Celebrity Devoted To Giving Back

In the meantime, Dolly plans to keep doing “good work” in an effort to make her home “proud.”

The star, who literally came from nothing, never forgot her roots after making it big. For years since, the Christian celebrity has used her success as a way to give back to the small, poor community from which she came.

And though she’s started loads of charitable programs, from scholarships to the Dolly Parton’s Imagination Library and so much more, Dolly always shrugs off any praise with her usual humility.

“I’ve been blessed in my life to become a celebrity. And when you’re in a position to help, you should help,” she said.

YOU MAY ALSO LIKE: Woman Apologizes To Dolly Parton: ‘I Used To Think You Were A Bimbo'