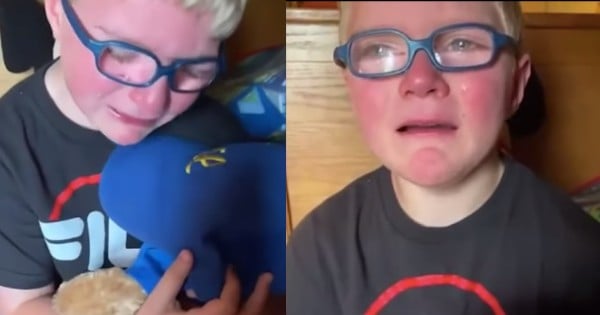 A doctor dedicated his life to helping save the lives of his cancer patients. And when Dr. Brian Lane became a cancer patient himself, complete strangers reached out to grant his dying wish.

Every die-hard football fan hopes to attend the Super Bowl at least once in their lifetime. But what if it was one of the last things you wanted to do on this earth? One doctor with little time left is touched as strangers push to grant his dying wish.

RELATED: New Mom's Skin Was So Toxic, She Couldn't Touch Her Own Baby

Doctors, like Dr. Brian Lane, are among the unsung heroes in our world. They dedicate their lives to help us stay healthy, and they also save lives. Dr. Brian Lane is no stranger to helping to save the lives of his patients. But sometimes his job is to make them as comfortable as possible as they leave earth for heaven. As an oncologist, he is very familiar with cancer and the havoc it wreaks upon lives.

What Dr. Lane did not expect was to be a cancer patient himself. At the age of 44, he was diagnosed in 2018 and treatment seemed to have put him in remission. Later in 2021, he received unexpected news, his cancer was back, and sadly, it was terminal.

Dr. Lane said, “I went for a routine scan in early January, and it showed that my cancer had come back. It was in my chest cavity and likely in my bones." He knew right then he had about a year left to live. Instead of becoming depressed and bitter, Dr. Brian thought about how he could spend his last moments here on earth. Like other sports fans, he has always wanted to go to the Super Bowl but he had always been too busy helping his patients. He realized this year would be his last chance!

He heard the NFL had been sending doctors who had their COVID vaccinations to the Super Bowl, so he decided to try to get to the game. And he sent a letter to Spectrum Health who made the connections to complete his dying wish. After he sent in the proper documentation reflecting his vaccinations, Brian found himself on the way to the airport!

Once he got his vaccination records and approval to go, others jumped in to make sure he could get there.

People Come Together To Send Doctor To The Super Bowl

One woman had heard about his story and gave him a plane ticket. Others set up a GoFundMe page to cover the cost of treatment and medical bills, raising over $20,000. The NFL and Tampa Bay Buccaneers also gifted him an additional ticket. They wanted him to have a co-worker go with him in case he didn't feel well during the game.

These small acts of kindness to complete a simple wish are beautiful and heartwarming. But it also gives us hope when we hear of seemingly insignificant moments like this when a stranger is moved to help another. Just as Christ chose to help us, it's the least we can do for others!

YOU MAY ALSO LIKE: Couple Died Hours Apart Holding Hands After Beautiful Marriage Spanning Half A Century

"For you were called to freedom, brothers. Only do not use your freedom as an opportunity for the flesh, but through love serve one another." Galatians 5:13