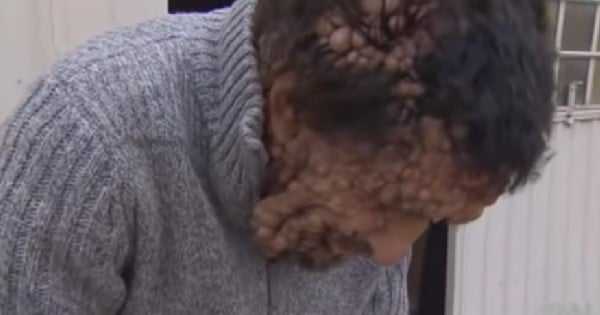 An adorable married couple Donald and Nancy Featherstone have dressed alike for 33 years making them picture ready for decades on end.

The perfect pair met at a Chicago hardware convention in 1975. When Donald met Nancy he was smitten, he told himself that someday he would marry her, and one year later he did just that.

Husband Donald made a fortune when he invented the plastic pink flamingo lawn decoration, which hit stores in the late fifties. Nancy is a former dressmaker who started whipping together her own clothes when she was just a 12-year-old girl. Nancy likes sewing with tropical prints best because it reminds her of her husband’s famous pink yard bird.

Nancy remembers the first time that she and her husband dressed alike. “I made Don the same shirt I was wearing. We’ve dressed alike ever since. We love it.”

When the couple is apart they still make sure that they are matching. They phone each other to coordinate outfits. Donald and Nancy have over 600 custom-made ensembles to choose from. Some of them even have matching his and hers accessories.

When friends and family ask Donald and Nancy why they dress alike this is what dear Nancy had to say, “First and foremost, it’s fun! We like it! But it’s also the clearest sign we can give that we’re together. For Donald and me, that’s our deal.”

Donald said, “We are always together, and that’s the only way we like to be.”

A friend Kate Schermerhorn’s who featured the duo in a documentary said, “I recall Donald saying that he would still feel a little flutter of new love every time he saw Nancy,” And we think that is something to be totally proud of.

We love that Donald and Nancy enjoying matching and just being together. There is something about their love that will last forever.