This man looked down and was horrified when he spotted a lifeless puppy laying on the shore. It was not breathing at all so the man knew he had to try and save the drowning puppy.

He tried to vigorously rub the puppy's stomach to try and help him breathe again. With the puppy upside down, he pressed the little doggy's belly. Nothing seemed to be working. Time was running out and he had to act fast.

The man kept applying pressure to the puppy's belly and noticed that the puppy gave a small breath. He knew that more air needed to fill the puppy's lungs, so he thought of an idea. He ran inside to grab a water bottle and he cut the top off to create a funnel. 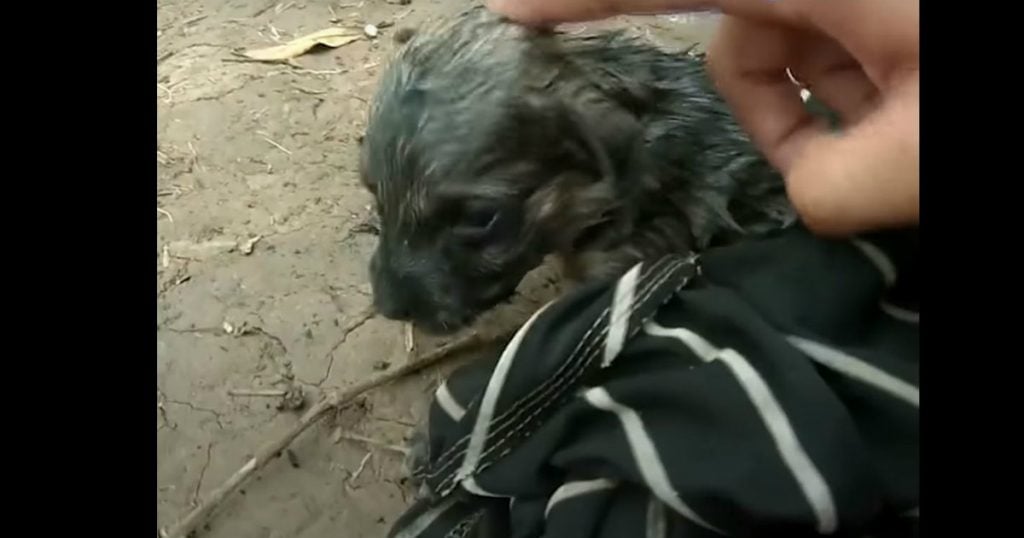 The homemade funnel was just the right size to cover the puppy's mouth and nose. Then the man blew through the other side of the bottle. The puppy began to breathe a little more consistently. The man gave the bottle another huge blow and that's when the puppy was able to cough and breath on its own.

The man was so relieved that he had to laugh. He sat by the puppy's side until he regained his strength. It did not take long for the puppy to come out of shock and start walking around. The puppy is so blessed to have had that man save his life. What a hero!

YOU MAY ALSO LIKE: Family Dog's Non-Stop Barking Leads To Scary Discovery At Water's Edge