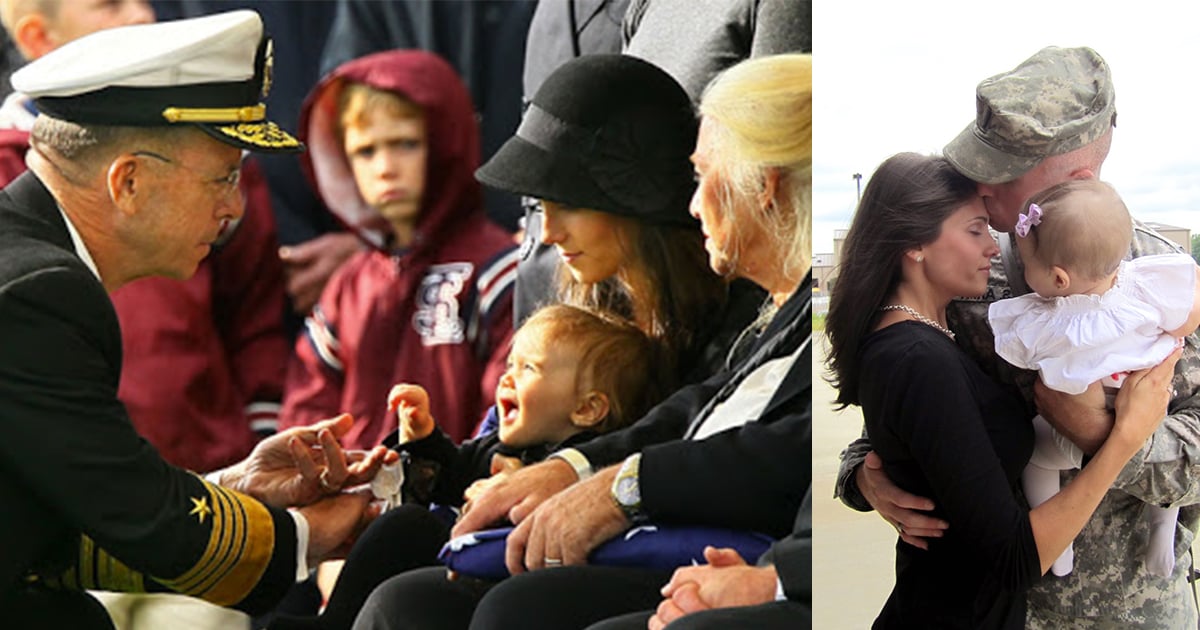 Jimmy Miller was in rough shape after a drunk driver caused an ambulance wreck. In fact, he credits divine intervention as the only reason he survived. And despite his severe injuries, all the brave paramedic cared about was making sure his patient was okay.

The terrible wreck occurred as Jimmy Miller and his partner, Rion Watson, were transferring a patient to the hospital. Rion drove the ambulance and, unbuckled in the back, Jimmy prepared to perform a procedure on the patient.

At the same time, a drunk driver in a Jeep Cherokee raced down the same stretch of road.

“The vehicle was driving very erratically on the interstate, swerving in behind us and back out,” Jimmy recalled.

That’s when the drunk driver caused an ambulance wreck. Jimmy heard tires squealing and just as he thought to himself, “I hope we’re out of the way,” the Jeep ran into them. 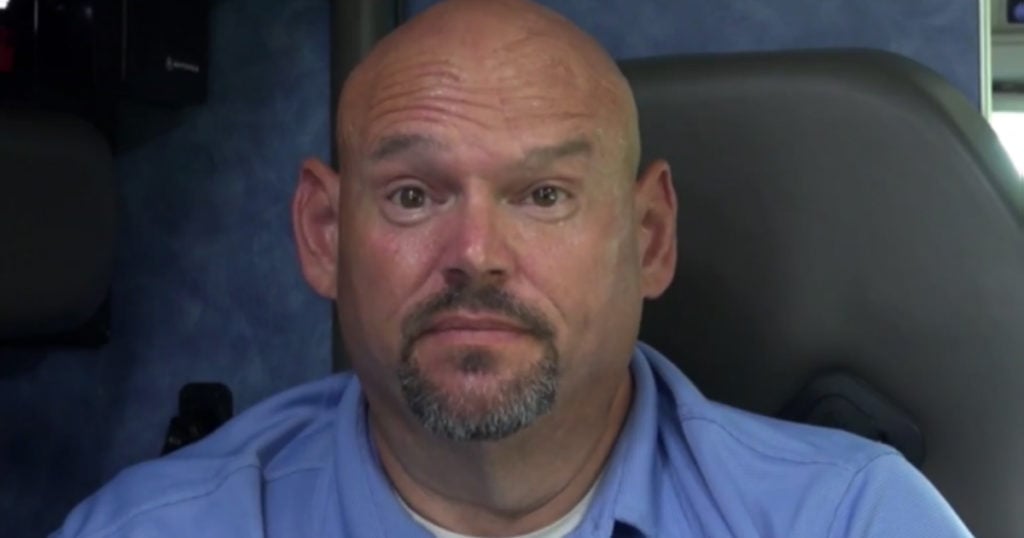 The crash knocked the ambulance onto its side and it slid down the road. Once the vehicle finally came to a stop, Rion thought everyone was ok. But when he called out to his partner and got no reply, fear took over.

“We’ve been in an accident, and I can’t see or hear Jimmy,” Rion frantically shouted over the radio.

Then came the second impact. After the drunk driver caused an ambulance wreck, he then attempted to flee the scene. That’s when the driver ran into the undercarriage of the ambulance, rupturing the fuel line.

As the driver, Rion was wearing his seatbelt and the patient was strapped down to a gurney. Therefore, both of them fared well during the ambulance wreck. Rion managed to undo his seatbelt and wrestled with the ambulance door. It wouldn’t budge but eventually, firefighters got the window down and pulled him out.

Jimmy, on the other hand, suffered extreme injuries during the first collision. He was actually knocked unconscious until the second impact woke him up.

When he opened his eyes, everything appeared in a reddish tint because his eyes were filling with blood.

“All I know was I hurt. All I could see was red,” Jimmy said.

A large piece of Jimmy’s scalp was hanging from his head and his back was aching terribly.

“My partner said he was sitting there debating on whether or not to tell me he could see my skull,” he recalled.

But Jimmy paid no attention to his own injuries. His only concern was for his partner and his patient. And as firefighters swarmed the ambulance to give him aid, the humble paramedic kept insisting they forget about him and tend to the patient.

“I just wanted to make sure the patient was okay, and I wanted him out of the truck because I knew we weren’t going to finish the transport, obviously,” Jimmy said. “I wanted them to get him out first.”

Once Jimmy realized the firefighters couldn’t get to the patient until he was out of the way, he climbed out of the ambulance on his own. Again, he urged everyone to look after the patient rather than him. In fact, Rion says Jimmy was the calmest person on the scene!

His selfless heroism continued at the hospital. Despite his own dire injuries, as they wheeled Jimmy back to receive medical attention, he was busy giving an emergency room nurse the status report on the patient in the truck!

Thankfully, the patient survived the wreck unharmed. Jimmy, by far, sustained the bulk of the damage during the wreck.

In addition to being scalped, Jimmy had traumatic bleeding on his brain. 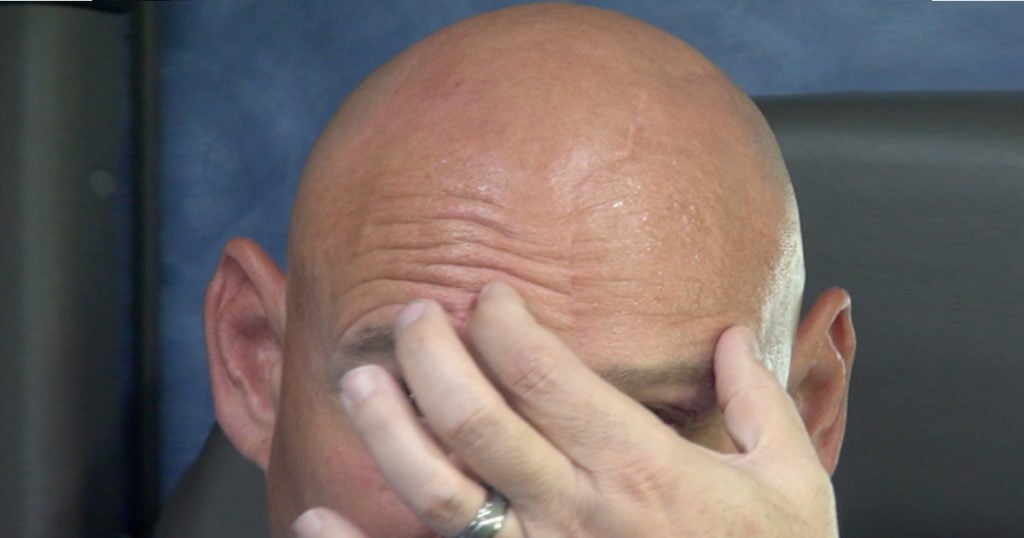 Thankfully there was no structural damage to his back. But he did suffer an occipital condyle fracture, a serious injury to the base of the skull and neck in which only 2 to 4 percent of people survive.

RELATED: Mom Of 4 Tragically Scalped Working On Her Car

And this brave hero knows just what — or rather, Who — saved him!

“People tell me, ‘Well, you sure were lucky.’ No. Luck doesn’t have anything to do with it,” he says. “That was nothing but divine intervention.”

It took Jimmy months to recover. But he was eventually able to return to work. His first time back in the ambulance was tough.

“The first time they closed those doors on me, you couldn’t have pried my butt off that big seat with a pry bar. I was nervous, I was scared. There were definitely a lot of nerves involved that day,” Jimmy said.

But he got through it. And he even received the prestigious American Ambulance Association “Star Of Life” award, regarded as the highest recognition for frontline ambulance service personnel in the country!

While honored, the humble man still doesn’t want a fuss made over him.

He does, however, get emotional hearing stories from patients who credit Jimmy with saving their lives. One patient in particular who lost a leg got Jimmy all choked up as he thanked him for his life-saving efforts.

“He jumped up out of his wheelchair and hugged my neck and started crying,” Jimmy said. “We wound up talking for about 45 minutes.”

And after all the good Jimmy has done for others, it appears as though God still has more work for His servant to do here on Earth.

“Whatever plan He does have, I just hope I’m ready for it,” Jimmy says.

YOU MAY ALSO LIKE: Emotional Reunion Between Crash Victim And Mystery Angel Who Came To His Side