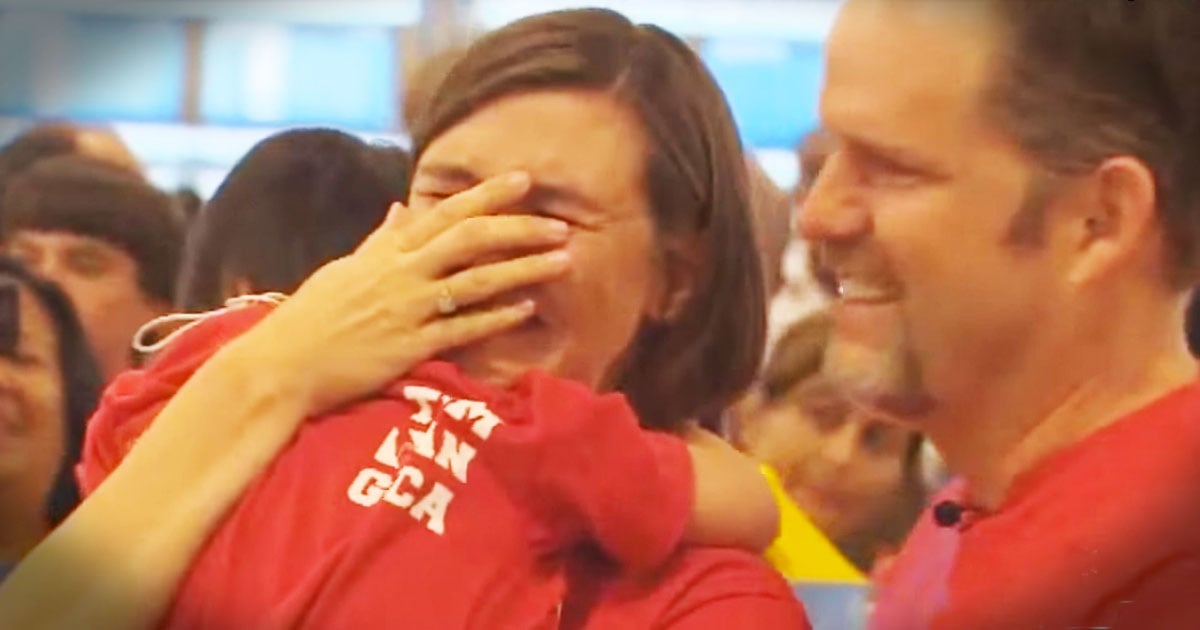 A Letter From Heaven

In Genesis, God shows that He does not intend man to be alone (Genesis 2:18). And so, in addition to creating Eve, God populates the earth with all kinds of animals. And any animal lover knows that companionship does not just come from humans, but also from the pets that capture our hearts.

But it wasn't just the little old lady that benefitted. Susie was a shy and somewhat skittish kitten. It took consistent love and nurturing from her human before Susie learned to trust. But her owner's patience did the trick, and soon Susie grew into a loving cat.

Being an elderly lady, the day came when it was time for Susie's owner to go home to be with the Lord. However, sensing that her time was short, Susie's human did the sweetest thing. . .

She wrote a 2 page letter to be given to the next person who took Susie into their home.

Opening with "Thank you for adopting my friend, Susie," the letter goes on to show just how much the two had been through to build the cherished relationship they shared. She describes bringing Susie home as a kitten, and how, at first, Susie ran away. She was missing for four days, and her heartbroken human was certain she'd lost her.

But then a loud storm came through, and Susie returned home. It took a while, but after several months, the kitten finally knew she could trust her owner. And she then blossomed into a sweet, loving companion that brightened the rest of her owner's days.

After her human's death, Susie was dropped off at the Montgomery County Animal Services & Adoption Center by the woman's son, who was unable to keep Susie due to pet restrictions at his rental. Susie was accompanied by the lovingly handwritten note from her devoted owner.

As you might expect with Susie's shy temperament, she's had a difficult time adjusting to the shelter. But the dedicated staff has taken extra time to try to make her feel safe, and she's finally starting to let folks pet her. They've even started calling her "Love Bug."

Everyone hopes and prays that it won't be long before both Susie, and the sweet letter, are off to a new home. One of the staff members had the following to say of Susie and the letter that came with her:

"We’re left to guess so much. But because of the note we can more easily imagine this sweet life that the two of them shared. She’s a sensitive girl and she lost the most important person to her. She needs another gentle soul to rescue her."

We'll be praying that God will lead the right owner to Susie's side — someone ready to invest the time and patience into nurturing the grieving cat. And we also pray that this sweet kitty will soon find again the affection and trust she shared with the woman who loved her so much that she spent dying days crafting such a heartfelt letter. All in the hopes that her future family would cherish her just as much as she did.

You can read the letter in it's entirety below: 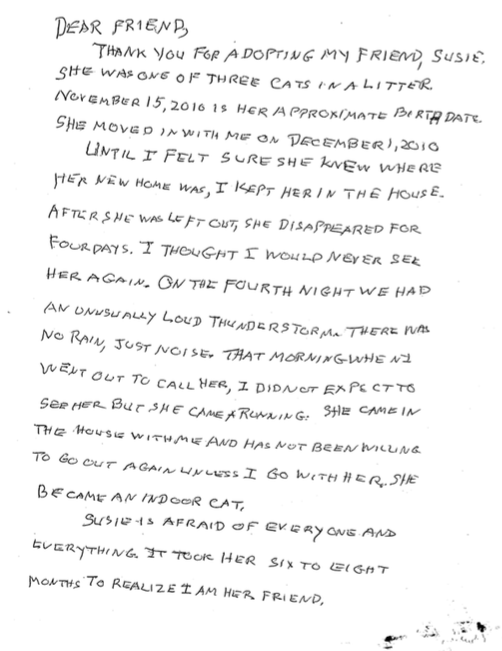 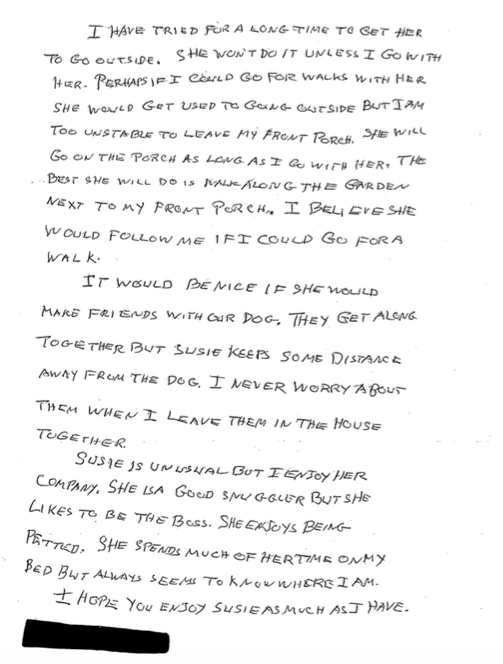