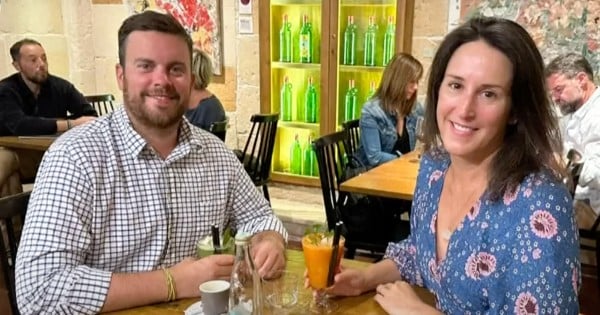 During Hurricane Ian, an elderly man’s car flooded with water, leaving him trapped inside. But that’s when a group of Good Samaritans banded together and jumped into action!

By now, we have seen thousands of people whose lives have been utterly ravaged by Hurricane Ian. The storm tossed boats onto shore like a pile of forgotten toys, knocked houses off foundations, and had sharks swimming in the streets.

RELATED: 6 High School Football Players Race to Save Woman Trapped in Car As She Screams for Help

But that didn't stop these Good Samaritans from coming together to save an elderly man from a car flooded with water!

No one would have blamed these guys if they didn't try to rescue the elderly man trapped in his car. The floodwaters were raging and getting higher and higher by the minute.

Who knew whether or not they would get swept away? That's what is so incredible about this story. These men cast aside their fears and knew that if they didn't help, this elderly gentleman would have likely died.

The rescue took place in Bonita Springs as Hurricane Ian pummeled Florida state. In waist-high flood waters, a group of men banded together to pull the man from the car flooded with water. Once they seemingly reassured the elderly man they were going to get him to safety, he let go of his car as three of the four men carried him through the raging waters.

Prior to the rescue, one of the good Samaritans said the door had been wedged shut from the fast-moving water.

Captioned under the video of this dramatic rescue, Benny stated, "We saw an elderly man struggling in his car, and we knew he needed help. The guys all managed to grab the door and pry it open. He was a bit in shock, so he didn't want to let go, so we assured him we were there to help him. The guys carefully picked him up out of the car, and brought him to shore, away from the current."

This rescue reminds me of how God is always looking to rescue one of his children. Whether or not we caused the circumstances, He reminds us He will leave the fold of the 99 and go into the wilderness to bring us back to the fold. Thank God these men were in the right place at the right time. And they were willing to put their lives on the line to get this man to safety!

YOU MAY ALSO LIKE: God Sends Angel To Save Woman Trapped With No Escape In Sinking Car