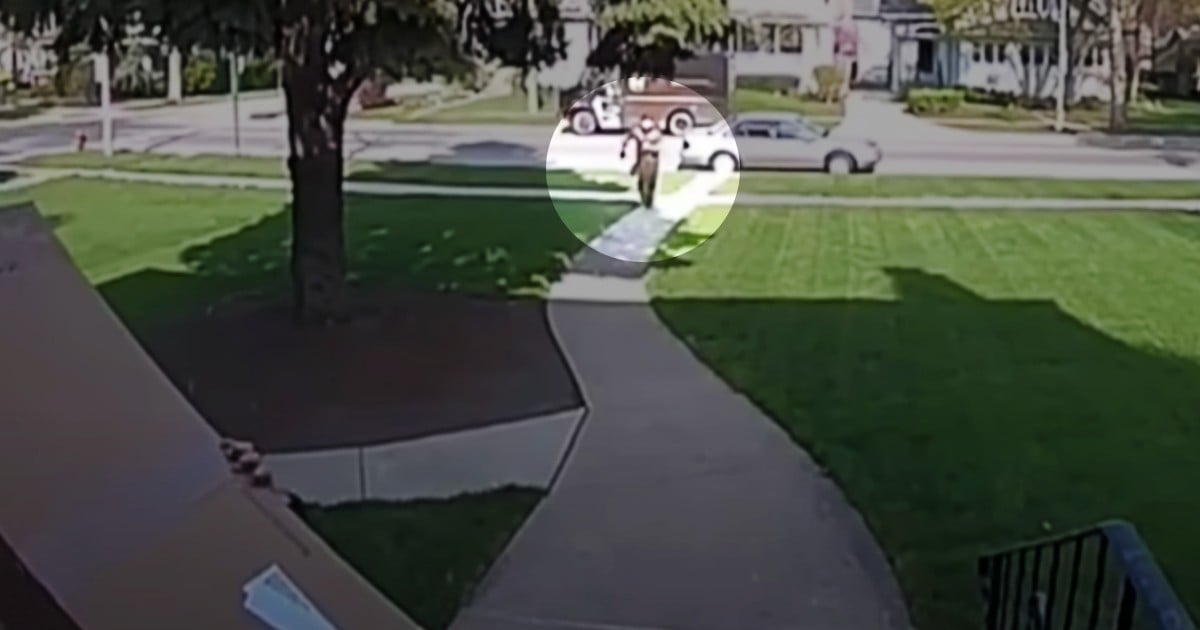 She didn't expect to be saved from fire but saved she was. And by her teenage neighbor who was a true guardian angel!

Sallie Gillam was sound asleep in her home when a fire started. The blaze began in her carport and she had no idea.

RELATED: Stranger Hears Mom Screaming for Kids Trapped in Fire So He Runs Right into the Flames

The smoke that began in the carport soon entered her home. The situation could have become very bad, worse than what occurred. But thankfully, someone was walking down the street at that moment. And the hero saved Sallie from the fire.

"A blessing is this young man right here," Sallie said reflecting upon the incident.

"I was coming from my auntie's house and I just saw fire coming up from the storage room. I didn't know if it was her house or what house it was, but I started running this way," he said.

RELATED: Devoted Dad Risks His Own Life And Heads Straight Into Danger To Rescue His Sleeping Kids

Dante knew her house but initially wasn't sure where the fire was coming from. As he followed the smoke he found the fire and saw indeed the flames were coming from his neighbor Sallie's house. Dante hoped Sallie was not home. But as he peered around, he realized the woman was there.

He shared, "I heard her when I busted out the window."

"I was telling her to come out. I started coming through the window and cut my lip and so I came back and it just so happened when I came back out I guess I got her out the house and woke her up in time and I carried her out the road."

The fire consumed Sallie's possessions, but she thankfully survived. Now she professes Dante to be her "guardian angel" after he saved her from the fire.

"He's very strong and I never will forget him, I never will stop loving him, whatever he needs he can come to me for it," she spoke with much gratitude.

Marsha Andrews, Sallie's daughter, was also very grateful to the teen that her mother's life was saved from the fire.

YOU MAY ALSO LIKE: Teen Hero Selflessly Risks His Own Life To Save Mom And 3 Kids Trapped In A Burning Car

Though both of their lives have changed, they can both grow from this encounter, Marsha feeling a newfound understanding of gratitude, and Dante feeling the effects of being courageous. May God continue to bless and guide them into their futures.