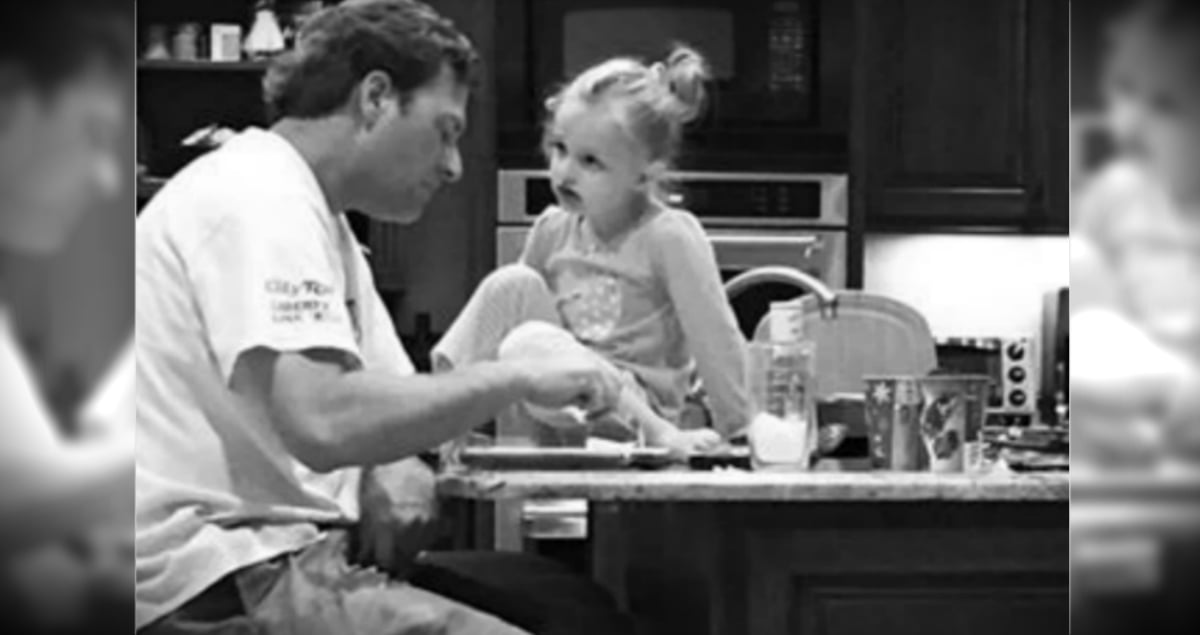 Help For A Mom Shoe Shopping With Young Son With Autism

Shoe shopping may sound simple enough for most of us. But for UK mother-of-two, Gem Salter, it was much trickier. That’s because her sweet 6-year-old son, River, has autism. And she quickly realized the bustling shoe store would be a very stressful place for him. But when she sought help from a store employee, God made sure she got Aaran Daniells. And seeing Aaran go out of his way to help River and his mom is truly touching!

A Different Look At Shoe Shopping

River is just like other 6-year-old boys in many ways. 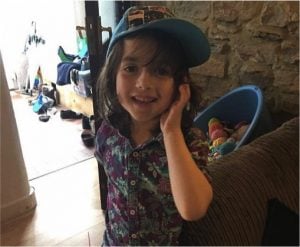 But because of his autism, there are some ways the precious boy is very different.

“His senses are heightened compared to most people so noises are louder, lights are brighter, smells are stronger, and he doesn’t like strangers touching him,” Gem explains.

Like many kids heading back to school, River needed some new shoes. So, Gem took him shoe shopping. But when they arrived at the shoe store, it was crowded and noisy. River was already getting anxious, and Gem just knew the bustling store was likely to trigger a meltdown. 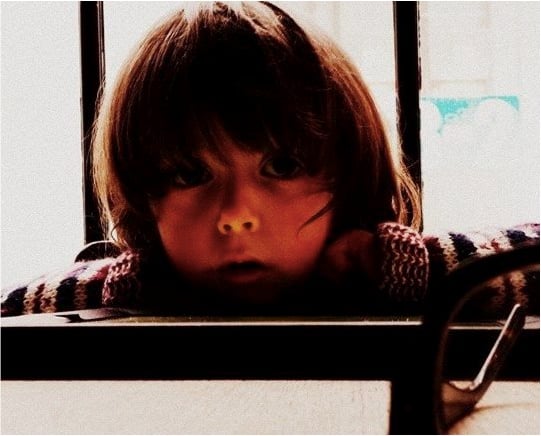 That’s when she turned to Aaran for help. He could have easily brushed her off or suggested she come back another day or time. But this kind-hearted employee reacted just the way Christ commands!

Aaran immediately led River and his mom back to a quiet staff room, where he hung a “Do Not Disturb” sign. Aaran talked the anxious boy through each step of the shoe shopping experience so he’d know what to expect. He then patiently helped him try on a wide selection of shoes. 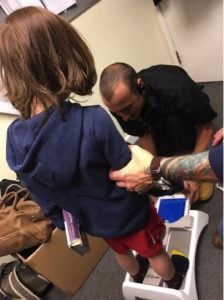 Once River and Gem found the perfect pair, Aaran fast tracked the family through the checkout so they wouldn’t have to wait in the long lines. And as if that wasn’t enough, he gave Gem the store number so she could schedule a private appointment the next time she and River needed to do some shoe shopping. He explained they could come in before the store opened to the public so River wouldn’t have to deal with the crowds or noise.

Aaran’s compassion for Gem and her son was so impressive, the mom wrote about it on the store’s Facebook page. And the sweet employee’s act of kindness quickly went viral! 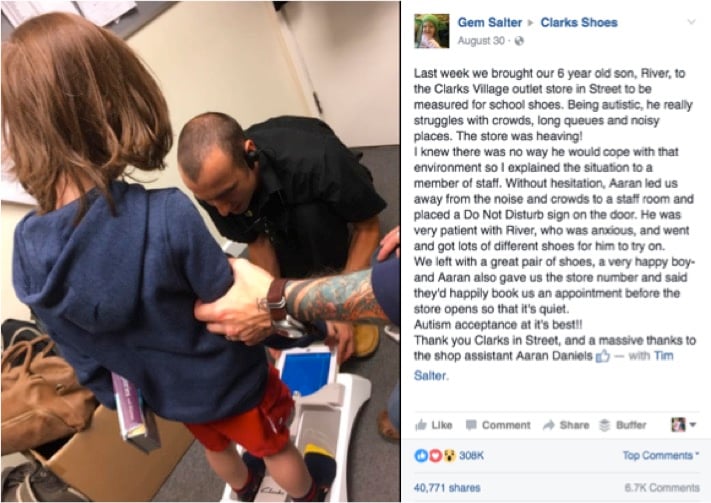 Gem’s post has been liked by more than 200,000 people, and it’s been shared over 28,000 times. And it’s always refreshing when stories of kindness go viral!

Aaran’s help meant the world to Gem. But even more importantly, his patience and compassion had a huge impact on a 6-year-old boy who is often misunderstood.

“It was such a positive experience for River,” Gem explained.

RELATED: A teacher’s simple act changed everything for a boy with autism and his mom

There’s a relief and a freedom that comes with finding someone who “gets it.” We don’t all have the same experiences, but we can take time out to try to put ourselves in someone else’s shoes. It’s amazing what God can reveal to us in those moments!

“I therefore, a prisoner for the Lord, urge you to walk in a manner worthy of the calling to which you have been called, with all humility and gentleness, with patience, bearing with one another in love, eager to maintain the unity of the Spirit in the bond of peace.” Ephesians 4:1-3

This boy wrote a poem about his autism and it is beautiful! 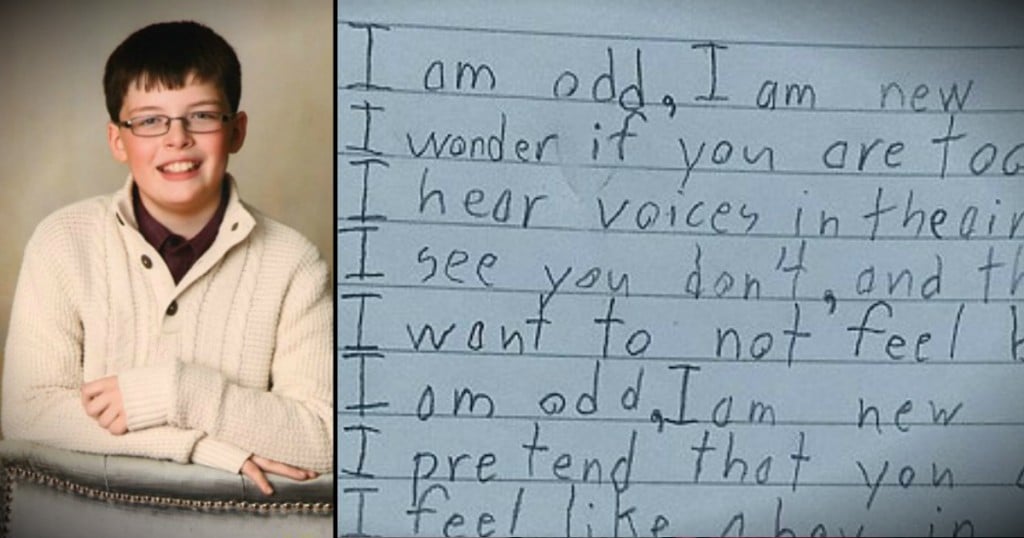