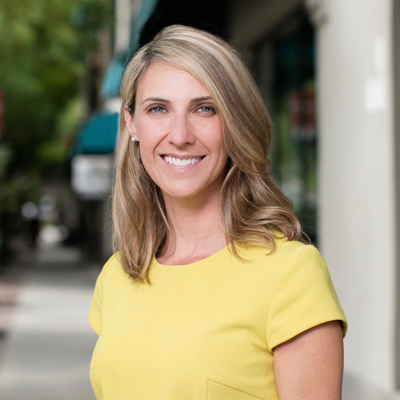 "‘Two people owed money to a certain moneylender. One owed him five hundred denarii, and the other fifty. Neither of them had the money to pay him back, so he forgave the debts of both. Now which of them will love him more?' Simon replied, ‘I suppose the one who had the bigger debt forgiven.' ‘You have judged correctly,' Jesus said." Luke 7:41-43 (NIV)

I can relate to being in debt. With car and house payments, I often wonder what it would be like to have my bank say, "Don't worry about paying any of this back. We're all good. Your debt has been erased." How freeing that would be.

From bumming a stick of gum from a friend in elementary school to the mortgages and college loans of adulthood, borrowing with the intent to pay something back is as much a part of life today as it was in biblical times.

An example is "The Parable of the Two Debtors," recounted in Luke 7:36-50. Jesus is dining in the home of Simon the Pharisee when a woman - a known sinner in that town - enters the scene. She falls at Jesus' feet, anointing Him with alabaster perfume as was customary when acknowledging a guest.

The host, Simon, sees this interaction and scoffs to himself, internally belittling Jesus for allowing such a woman to even touch Him. Jesus calls him on it, laying out the parable for Simon:

"‘Two people owed money to a certain moneylender. One owed him five hundred denarii, and the other fifty. Neither of them had the money to pay him back, so he forgave the debts of both. Now which of them will love him more?' Simon replied, ‘I suppose the one who had the bigger debt forgiven.' ‘You have judged correctly,' Jesus said." (Luke 7:41-43)

Jesus is relating the woman and her sins to the debtor who owed the greater amount.

I can only imagine how this woman must have felt. Sleepless nights filled with tossing and turning, wondering if she could ever set things right in her life. Anxiety that might creep into her days as she wrestled with her sins. This was a woman who was keenly aware of her shortcomings. She was deeply affected by the choices she made but unsure about how she could make them right.

In a mix of faith and desperation, she burst into a dinner party and fell at Jesus' feet, asking forgiveness. Jesus forgave the woman for her many sins and told her, "Your faith has saved you; go in peace" (Luke 7:50, NIV).

In reality, both the woman and Simon are "debtors" in need of forgiveness. The biggest difference, however, is the passion and awareness with which the woman confesses and the faith she has in Jesus' forgiveness. Simon is similar to the debtor who owed the smaller sum. In denial of his own shortcomings, he haughtily looks down his nose at the woman who seems to have accumulated a lifetime of transgressions.

Whether our sins are large or small, we can be comforted knowing we are cleansed "from all unrighteousness" by Jesus' forgiveness (1 John 1:9, ESV). Jesus knows every single sin and loves us anyway. But what He really wants is for us to go to Him. To confess. To have faith that we will be forgiven and all debts will be wiped clean - simply erased.

In Psalm 103:12, the psalmist says of God, "as far as the east is from the west, so far has he removed our transgressions from us" (NIV). Let's rest easy in that today, friends.

Father God, You know I'm not perfect, and You love me anyway. I am so thankful for Your forgiveness. Help me to have the faith to turn to You when I need to confess. Living free and unburdened through Your forgiveness is a great gift. In Jesus' Name, Amen.

TRUTH FOR TODAY:
Luke 7:47-50, "‘Therefore, I tell you, her many sins have been forgiven - as her great love has shown. But whoever has been forgiven little loves little.' Then Jesus said to her, ‘Your sins are forgiven.' The other guests began to say among themselves, ‘Who is this who even forgives sins?' Jesus said to the woman, ‘Your faith has saved you; go in peace.'" (NIV)

RELATED RESOURCES:
Introducing our new P31 hat! This hat is perfect to wear on a sunny day, to the grocery store or when you are trying to go just one more day without washing your hair. Plus, it matches everything! We hope it reminds you not to strive to be the “perfect woman,” but rather to strive to know the Truth of God’s Word and live it out: because when you do, it changes everything. Click here to shop now!

REFLECT AND RESPOND:
Of the two debtors in today's parable, which do you relate to more? Are you more like Simon, judging those with the "bigger sin," or more like the desperate woman, keenly aware of your shortcomings? Either way, Jesus offers you forgiveness today.

In the comments, share your thoughts about today's devotion!