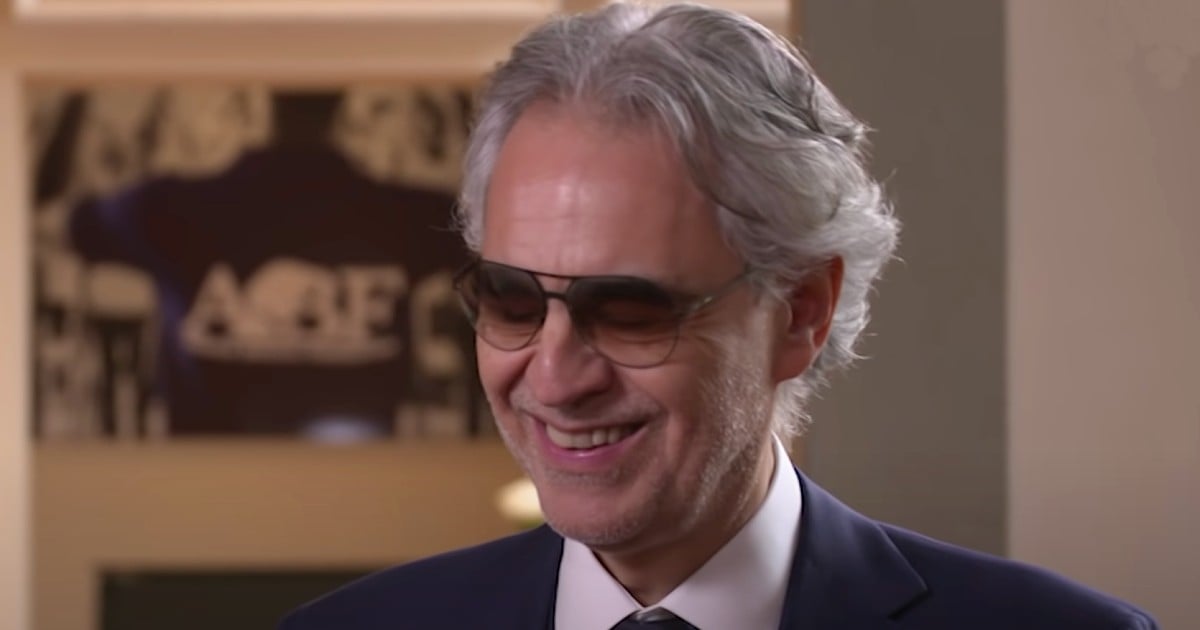 For Singer Andrea Bocelli, Faith In Jesus Is The Most Important Thing And It’s Incredibly Inspiring
Read Article »

When the song ‘Fancy Like’ by Walker Hayes unexpectedly hit number one, his kids reminded him of a Christmas promise he made years ago. And the rising country star was quick to honor his word!

Walker is an American Music Award nominee, a devoted father to six kids, and a real and regular guy!

RELATED: Country Star Craig Morgan Shares Why His Song For His Son Pains Him To Perform

Adison Haager with Taste of Country shares, in this video, a sweet holiday story that's sure to kick your Christmas season off with a smile!

Born in 1979 in Alabama, Walker met his wife Laney Beville Hayes when they were in elementary school. The couple celebrated their 17th wedding anniversary this year, and they are the parents of a good-looking bunch of kids: Lela, Chapel, Baylor, Beckett, Everly, and Loxley. It's the eldest, daughter Lela, who helped bring her dad's catchy Applebee's anthem to the masses and the number one spot on the country music charts!

Lela and her Dad choreographed a dance for ‘Fancy Like’ by Walker Hayes. They put it on TikTok, and it went viral. Their front-porch performance has been viewed nearly 33 million times!

RELATED: How Jay Allen, Country Singer, Met An ‘Actual Angel' Thanks To His ‘Tattoos In Heaven' Song

Here are a few lines from Walker's chart-topper:

“Yeah, we fancy like Applebee’s on a date night

Got that Bourbon Street steak with the Oreo shake

Get some whipped cream on the top too

Two straws, one check, girl, I got you”

Walker's road to a number one song hasn't been easy or fast. He shares that six or seven years ago, when he was making very little progress in his career, his kids asked for "Christmas blow-ups" for the yard. He had to tell the kids that lights were all they could manage. However, without much thought, Walker also told his brood that if he ever got a number one hit, he'd get them blow-ups.

Well, guess what! Walker Hayes' kids remembered that promise when ‘Fancy Like’ hit number one and held him to his word. Before Thanksgiving arrived, the Hayes kids and Mom Laney had each picked out an inflatable from the local Lowe's. Santa, Frosty, The Grinch-they are all there gracing the lawn and rooftop of Walker Hayes's home!

Walker and his family have endured hardships along the way. He and Laney lost a baby girl in 2018, and Walker's father died in 2021. But, it's his family that provides strength, and his hard work that is paying off in Walker's music career. While Walker did not take home the AMA, the future looks very bright for this music man... who is also a very successful family man!

YOU MAY ALSO LIKE: Nurse Makes A Promise And 4 Years Later, Shows Up To Honor Dying Patient's Last Wishes

"Let us not become weary in doing good, for at the proper time we will reap a harvest if we do not give up." Galatians 6:9