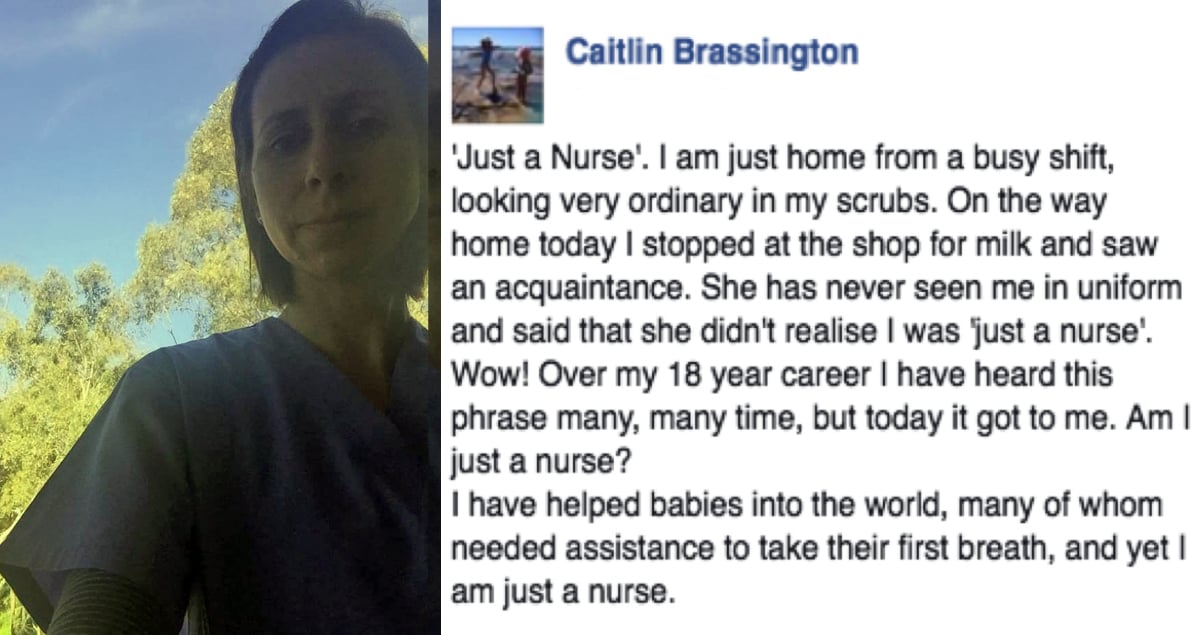 How Love Changed Everything For One Foster Kid

Allison Nicole has a heart for “unwanted” kids. But when she and her husband opened their home to a 15-year-old girl, Allison thought she’d made a mistake. Nothing seemed to get through to the foster kid called “M,” no matter how hard Allison tried. She was ready to give up. But hearing the full story makes it clear God put “M” and Allison together for a special reason! 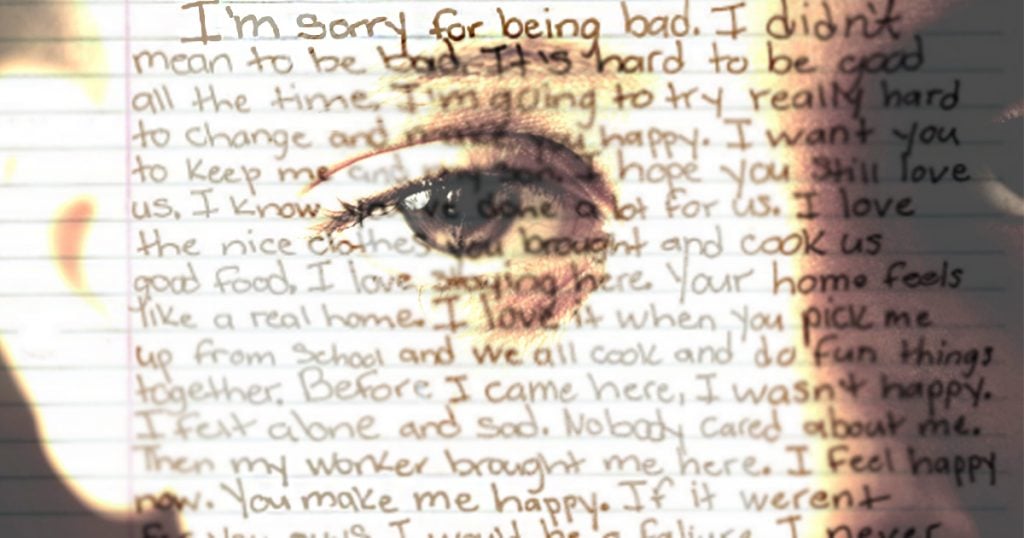 A Foster Kid In Desperate Need

The way M came to live with Allison was fast and furious. Allison got a call in the middle of the night from a social worker desperately trying to find a temporary home for M. The 15-year-old girl had been sleeping in the conference room at CPS and the worker had already called 47 foster homes. All had said “no.”

Allison wanted to say “no” too. But something in her heart forced her to say “yes.”

She and her husband rushed around trying to get things ready for the arrival of their new foster kid. CPS was bringing her over right away.

“We tried getting clothes together. Something she could sleep in and wear for a day or two. Usually foster kids come with the clothes on their back,” Allison said.

A week into M’s stay, Allison found out the young girl was a mom. Her 3-month-old son had been taken from her and placed in a separate foster home. This didn’t sit well with Allison at all. She truly believed the little boy belonged with his mother.

So, she reached out to the case worker to have M’s son moved into her home. The response she received is one Allison says she’ll never forget.

“Teens like M fail anyway, so what’s the point? I wouldn’t go through the hassle when the outcome isn’t going to happen.”

But God gave Allison a fighting spirit for such a time as this! It took four months, but Allison finally succeeded in getting M’s son — who she refers to as “Bubbles” — placed in their home to be with his mother.

Ready To Give Up

Allison isn’t new to the foster care game, so she never expected things to be easy. But try as she might, things just weren’t working with M. She was constantly getting into trouble: failing out of school, hanging out late, expecting others to care for her son, etc. She had angry outbursts, slammed doors, cursed. . . the list goes on.

Eventually, it wore Allison down. She said:

“Fostering teens is different. They choose you. They choose to love you. They choose to stay. They’ve been let down many times before. They have to open the door to let you in. You have to be accepted by them. Nothing can be forced. I was waiting at M’s door. Waiting for her to let me in. It felt like M’s door would never be open to me. It was closed tightly with multiple locks. I wanted to disrupt. I still feel awful thinking this. I couldn’t help M. I couldn’t deal with M anymore. I felt defeated. My husband kept telling me I shouldn’t feel bad. We can’t help every child. Every child has different needs. We can’t meet all of them.”

And so, Allison made a tough decision and put in her notice to have M moved out of the home.

Allison’s heart broke once she realized M was expecting her to give up. Even though she kept her decision secret from M, the foster kid was preparing to be kicked out from day one.

“A lot of foster kids know. They know people leave all the time. They know nothing is permanent. I didn’t even tell M I put in my notice. She just knew. I told her right then she was leaving to go to another placement. Surprisingly she already had her things packed. She had her things packed for awhile. A lot of foster kids don’t unpack at all. M told me she didn’t care and she hated it here anyway. Her next placement would be better because she wouldn’t have to follow all of the rules like she does here.”

And that’s when Allison had a change of heart. That beautiful fighting spirit God gifted her with kicked in, and she decided to work with M and not against her. And it made all the difference. 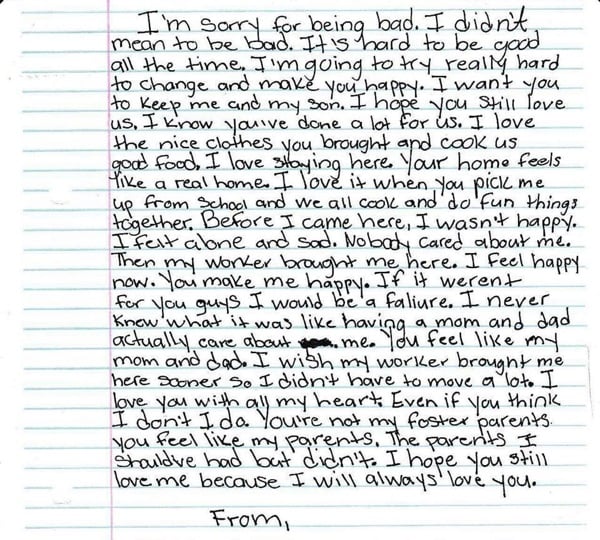 Gradually, things started to change. M started staying in class instead of skipping. She dealt with her sad past and the all of the anger she’d picked up along the way. She learned how to be a good mom to her son.

She finally opened the door to her heart and let Allison in. She was no longer a foster kid, but accepted the role as another one of Allison’s beloved daughters.

When M graduated, Allison threw her a party to celebrate. M helped plan the party and confessed that no one had ever celebrated her before — she’d never thought she was worth celebrating.

Allison now sits back in awe at the person M has become. It’s the transformative power love has, which is undoubtedly why it’s God’s greatest commandment (Mark 12:28-31).

RELATED: Birth mom keeps deformed baby after the adoptive parents back out

M’s story is one of victory. And it was love that gave her the strength to overcome all of the odds stacked against her.

Allison could have given up. But she didn’t. She chose to love unconditionally, the way God loves us. And it changed M’s life.

When statistics turn people into numbers, you can start to forget the power of one. As a number, one seems insignificant. But as a far as God is concerned, each person is equally precious through His eyes. Changing a life, even just one, is worthwhile.

Be sure to share this story to show just how important it is to be a foster parent! 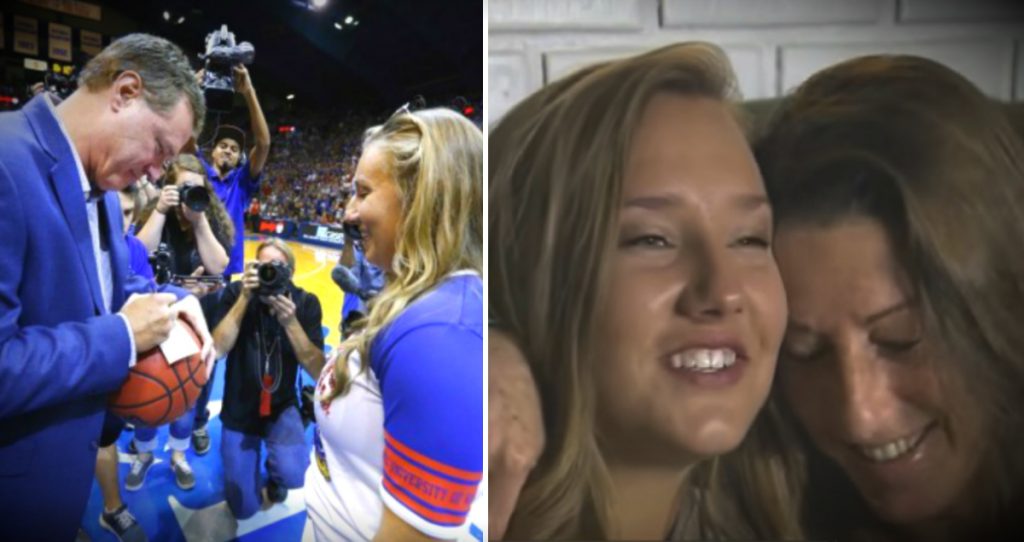