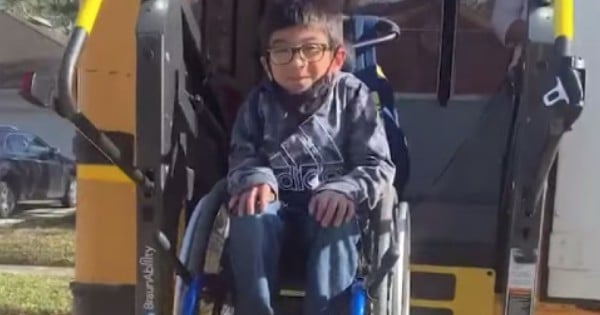 Thanks to an observant freight train conductor, one homeless man in Georgia was rescued after he had fallen on the train tracks and couldn't get up.

The Marietta Police Department recently wrote about the incident on Facebook. "Yesterday morning a CSX conductor entering Marietta with a mile-long freight train at full normal speed. He noticed a person down on the tracks and because of his swift action he was able to stop the mile-long train before striking the male!"

RELATED: Boy with Cerebral Palsy Crawls His Way to His Sleeping Parents to Save Them Just in Time

Once the freight train conductor brought the train to a stop, he jumped onto the tracks to help the man in need. Then he called for help, which is when the Marietta Fire and MPD officers came to assist.

Since the homeless man fell on the tracks and was not able to get himself up, he became hypothermic. Who knows how long he was stuck there, just waiting for someone to come help him! Thank goodness the conductor spotted him and was able to stop the train to save his life!

After the homeless man was carried to safety, he was transported to a nearby hospital for treatment.

YOU MAY ALSO LIKE: Couple Died Hours Apart Holding Hands After Beautiful Marriage Spanning Half A Century

I'm sure that that freight train conductor did not know that God was going to use him that day to save a life, but when we keep our eyes open, God will show us the people in our lives that we can help. God bless that heroic conductor and also the officers who showed up to the scene to help that man!