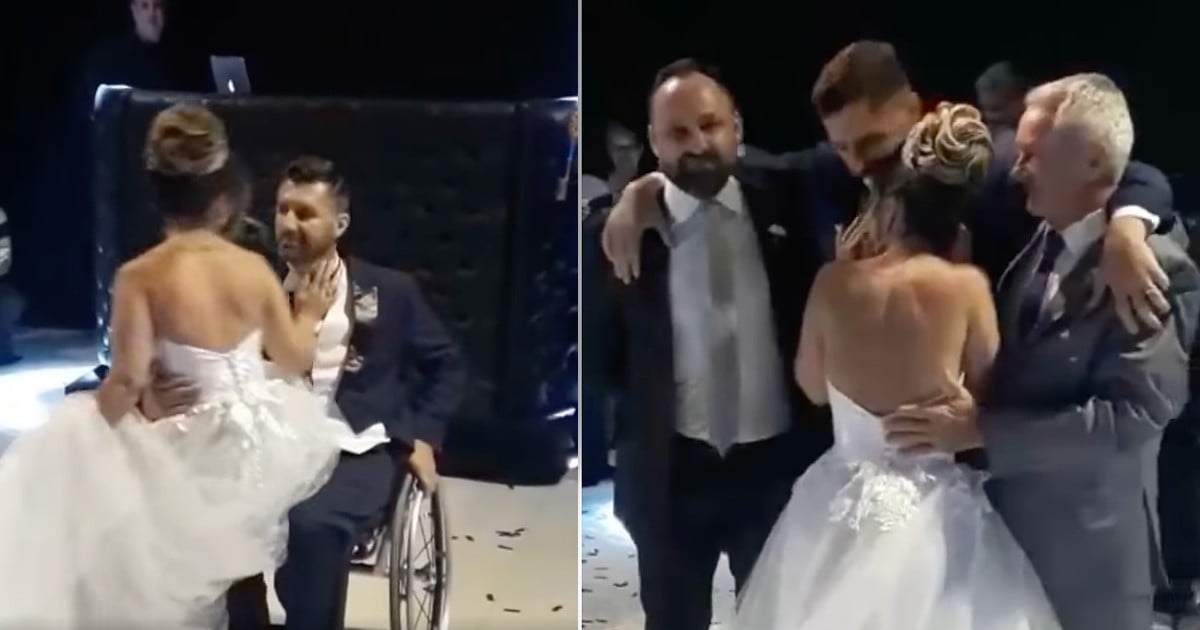 Teacher Sharon Sutherland drove four hours and gave her car away to a complete stranger. And just wait until you hear why!

When a deadly tornado ripped across Kentucky in 2021, it left a wake of destruction and tragedy. And it hit Sharon Sutherland hard when hearing the news and seeing pictures of the tornado in Kentucky.

"All the pictures I saw — just devastating,” she said.

RELATED: Tornado Ravaged Most Of The Buildings But Kentucky Church Cross Remained Standing

The incident lay heavy on Sharon’s heart. She is a teacher who lives in Anderson County, about four hours from Mayfield, one of the areas hit hard by the natural disaster. And when Sharon woke up in the middle of the night, she just knew the Lord was calling her to bless one of the victims.

"I can't explain it, at 3 o'clock in the morning, I wake up and my first thought is, ‘I need to take that car to Mayfield,'" she explained.

Sharon reached out to Joe Milam, the sheriff in Anderson County. She informed him of her deep desire to give her car away to one of the tornado survivors. Sheriff Joe Milam then contacted Graves County Sheriff Jon Hayden. And Sheriff Hayden was the one who recommended Rebecca Marsala as the recipient of this incredible gift.

Divine Inspiration For An Incredible Blessing

When the tornado in Kentucky hit, Rebecca Marsala was at work at the Mayfield candle factory. The factory was destroyed by the tornado, resulting in multiple deaths.

Rebecca ended up escaping with her life. But she spent five terrifying hours trapped in the building and several days afterward in the hospital recovering from the incident. At one point during the tornado in Kentucky, Rebecca felt certain she wouldn’t make it out alive.

And when Sharon heard Rebecca’s story, it became clear this was the person to whom God was calling her to give her car.

RELATED: Girl Was Stuck Riding Bike To Work In The Bitter Cold Until Chick-Fil-A Worker Gives Her Car

So, Sharon Sutherland made the four-hour trip and gave her car to a complete stranger!

It was an emotional moment as Rebecca Marsala and Sharon Sutherland met.

"We were both trying so hard not to bawl,” Sharon said.

Rebecca had lost everything after the tornado in Kentucky. So, it was an incredible blessing when Sharon gave her car away to her.

“She was…thrilled is not the right word, of course, these people have been through so much…I think kind of shocked that this would happen. Grateful,” Sharon recalled from the touching meeting between her and Rebecca. “She said her parents have been having to drive her everywhere because she has nothing.”

The Graves County Sheriff’s Office thanked Sharon Sutherland over social media for her incredible generosity. But the humble woman, who was simply following the call God placed on her heart, didn’t want any praise. Rather, the teacher who gave a car to a stranger wanted her kindness to serve as a lesson for others.

"Some of the lessons we do the best in class aren't the science, or the English, or the math,” she said. “It's the life things.”

What wonderful advice from someone who clearly has a servant’s heart. May her act of obedience to God’s call inspire all of us to look for ways we, too, can bless others!

YOU MAY ALSO LIKE: Man Working As A Custodian At A School Must Walk Every Day Until The Staff Gifts Him A Car

“Remember this: he who sows sparingly will also reap sparingly. He who sows bountifully will also reap bountifully. Let each man give according as he has determined in his heart; not grudgingly, or under compulsion; for God loves a cheerful giver. And God is able to make all grace abound to you, that you, always having all sufficiency in everything, may abound to every good work.” 2 Corinthians 9:6-8