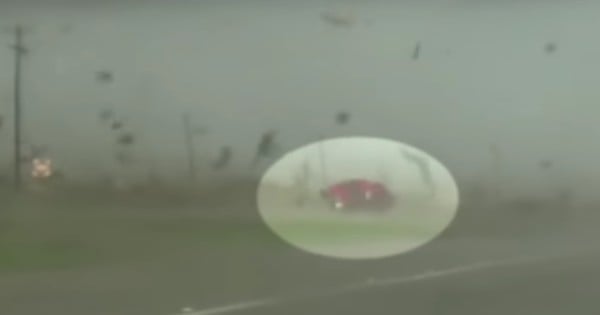 When doctors realized Caleb and Abigail Ostrom’s unborn son faced a genetic defect, they suggested an abortion. But this couple refused, knowing God was the One in control of their baby’s future!

Would you end your baby's life because of a genetic defect? Or would put your full trust and faith in God?

RELATED: She Put Her Trust In God and Refused To Abort Her ‘Disabled' Son

This amazing, miracle story shows how God isn't bound by human understanding or technology as these young parents put their trust in God and refuse to give up on their baby with a genetic defect despite what doctors say.

What looked like the end of a life was a chance for Caleb and Abigail Ostrom to put their faith in our mighty God. When the couple found out they were expecting, they were overjoyed at the prospect of becoming parents. At a mere 13 weeks, they found out they were having a boy.

The couple named him "Theodore," which means "Gift from God." As the pregnancy progressed, their excitement grew until a routine ultrasound painted their world into a bleak nightmare. They discovered Theodore's heart had what is known as Congenital Diaphragmatic Hernia (CDH).

This genetic defect creates a hole in the diaphragm, between the chest and the abdominal wall. It meant his heart had been pushed to the right side of his chest as his stomach had creeped up into his chest.

When the couple visited a specialist for this condition, she offered them a chance to abort the pregnancy. The suggestion stunned the couple. Instead, they stood on their faith and told the doctor just who their mighty, miracle-making God was. Abigail said, "God gave us this baby and we want him no matter what."

"We firmly believe that the Lord is in control of our lives, and that He works all things together for good for those who love Him." That afternoon they went home and called their church to rally their brothers and sisters in Christ to lift up their son.

Soon, there were people not only from their church praying, but people from six different states as well as Canada.

And God showed up big time. At only four days old, Theodore underwent surgery to repair the hernia in his diaphragm. He was in the NICU for 18 days before the hospital released him to go home.

The best part is Theodore is a happy, healthy toddler who showed doctors, his parents, and others praying for him that every life is precious. God’s extraordinary skilled hands have knitted every life together in our mother's wombs.

Looking back on their journey of faith and trust, Abigail says, "Theodore's journey has really shown me that every life is a precious gift, not to be taken for granted or dismissed because of a so-called defect. Also, God is not limited by natural mechanisms or human efforts as He takes action on our behalf," she said. "We are also confident that God's grace is more than enough to carry us through the good and bad times."

We can be confident God is the God of miracles and he works all things together for our good!

YOU MAY ALSO LIKE: Mom's Water Broke Early At 13-Weeks But She Refused To End The Pregnancy

"Being confident of this very thing, that he who began a good work in you will perfect it until the day of Jesus Christ," Philippians 1:6