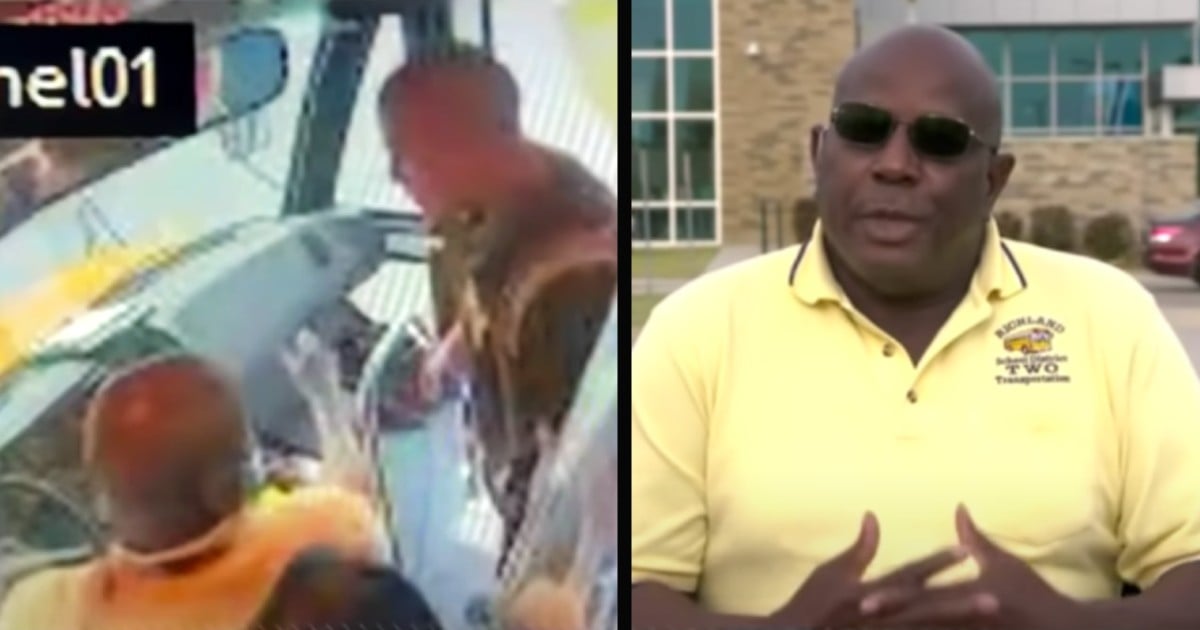 Thanks to her German Shepherds’ protective instinct, Nancy Radebaugh escaped a terrifying ordeal with a stranger in the woods.

Nancy Radebaugh is the proud owner of two beautiful dogs, Rue and Finn. She adopted them as beloved companions rather than for protection.

But Nancy has no doubt the German Shepherds’ protective instinct saved her life one day as she and Rue and Finn took a walk through the woods. And she shared the harrowing tale as a part of the Reader’s Digest America's Best Pet Pals search.

Nancy Radebaugh took a stroll through on some trails in the nearby woods one day. She had Rue and Finn in tow and wanted to let them have a drink, so she headed for a waterfall. But as they made their way along the trail to the waterfall, Nancy noticed a man crouching among some big rocks.

She gave the man the benefit of the doubt. Maybe he was angling for a good photo of the waterfall. But as she called out a hello, the stranger began slowly approaching her in what she describes as a “menacing manner.”

Nancy wasn’t the only one picking up on the man’s add demeanor. Rue and Finn, who are usually two very mild-mannered German Shepherds, went on alert as their protective instincts kicked in.

Despite the dog’s growls, raised shackles, and baring of teeth, the man continued approaching until he was just outside of their reach. Nancy stepped off the trail and told the man to pass. But he stood there glaring and said he was looking at her dogs.

“I had a knot in my gut, aware of what he meant,” Nancy said. “He was contemplating whether it was worth trying to fight off two big German Shepherds to get to me.”

RELATED: Loyal German Shepherd Sees Her Owner Collapse And Drags Him To The Phone

Finally, the man begrudgingly passed and headed off toward the parking lot. But the terrifying ordeal wasn’t yet over.

Relieved, Nancy Radebaugh spent a few minutes calming down. Then, she decided it was time to head home. But as she approached the parking lot, the menacing stranger waited for her in the parking lot.

No one else was around and he had positioned himself between his car and hers. Thankfully, Nancy had her two German Shepherds who remained in full-on protective mode.

But that didn’t stop the man from making one last attempt.

“I threw open the back door and tossed Rue in,” Nancy recalled. “As I did so, I glanced over my shoulder and saw the man looming in my direction with intent scrawled all over his face.”

Nancy instinctively grabbed Finn’s collar and turned around with the German Shepherd between her and the stranger. Finn’s barking and snapping teeth startled the would-be attacker and he jumped back. Nancy used that window to quickly get herself and Finn in the car and raced away with doors locked.

Down the road, she pulled over and called the police. They succeeded in capturing the man.

“He was still in the parking lot, probably waiting for a victim who did not have two German Shepherds with her,” Nancy said.

If not for her German Shepherds’ protective instincts, this story could have had a very different ending. And Nancy Radebaugh knows her two fur-angels are a very special blessing!

“Rue and Finn saved my life that day,” she said. “Every day I thank God for bringing them into my life. Not only are they best friends, they are MY best friends, too!”

Our pets truly are a gift from above!