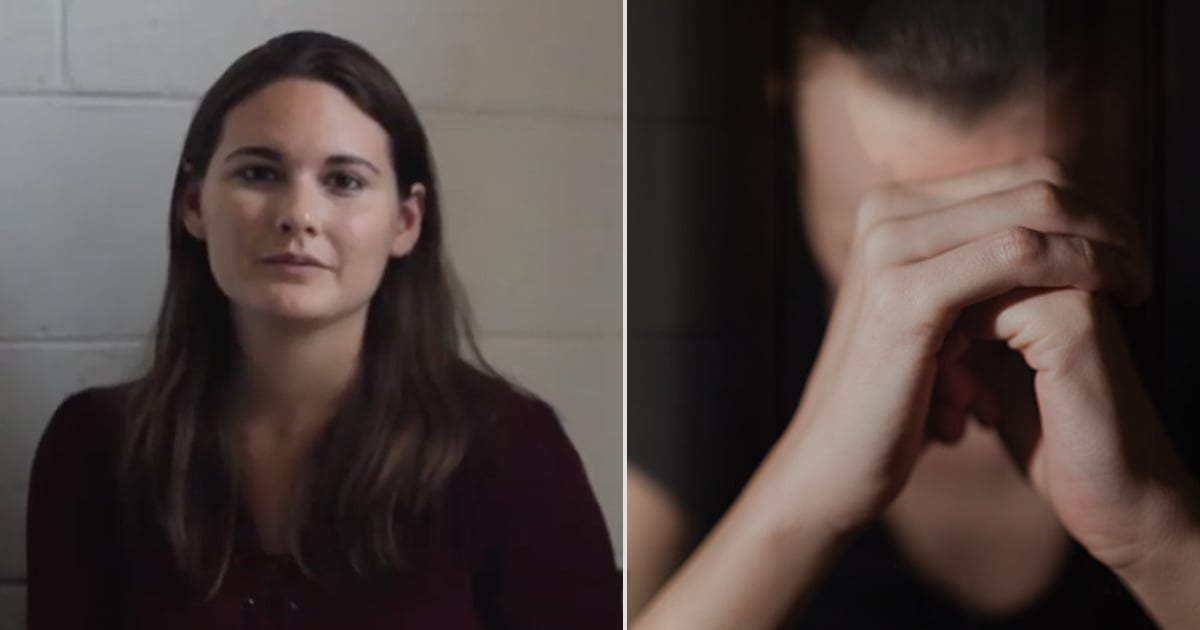 At only 9 years old, Lesia Cartelli was badly burned in a gas explosion at her grandparent’s house. In fact, the burns were so severe, her own grandfather didn’t recognize her. But now, this brave woman uses her traumatic past to help other burn victims find healing.

Lesia and her cousin were playing in their grandparent’s basement on that terrible day. A gas leak ignited, causing the whole house to blow up. The explosion threw many of the 9 family members in the home across the street.

Already a fighter, Lesia pulled herself out of the rubble. Flames still covered her little body so she rolled in the dirt and snow to put them out.

"It was all face, hands, back and parts where I had synthetic on where the blast had burned around my waist," she says.

Lesia’s own grandfather thought she was someone else because of how badly she was burned in a gas explosion. As paramedics loaded her into the ambulance, her grandfather tried to leave. He thought the house debris still held his granddaughter’s body. Even though Lesia was right in front of him, he didn’t realize it was the same child.

"That's not her," he said when paramedics suggested the girl in the ambulance was his granddaughter.

Catching a glimpse of her reflection in the ambulance window helped Lesia understand why her grandfather didn’t recognize her. Burns covered 50% of her body and fire burned off all her hair.

Lesia spent several months in the hospital, undergoing surgeries and skin grafts. Once released, Lesia’s scars drew stares and questions from people, so she started isolating herself.

“When I was burned, everything in my life changed,” she said. “My friendships changed. I hated going to school. You are coping with things you never had to cope with before. People staring at you. People asking questions. Why do you look like that?” 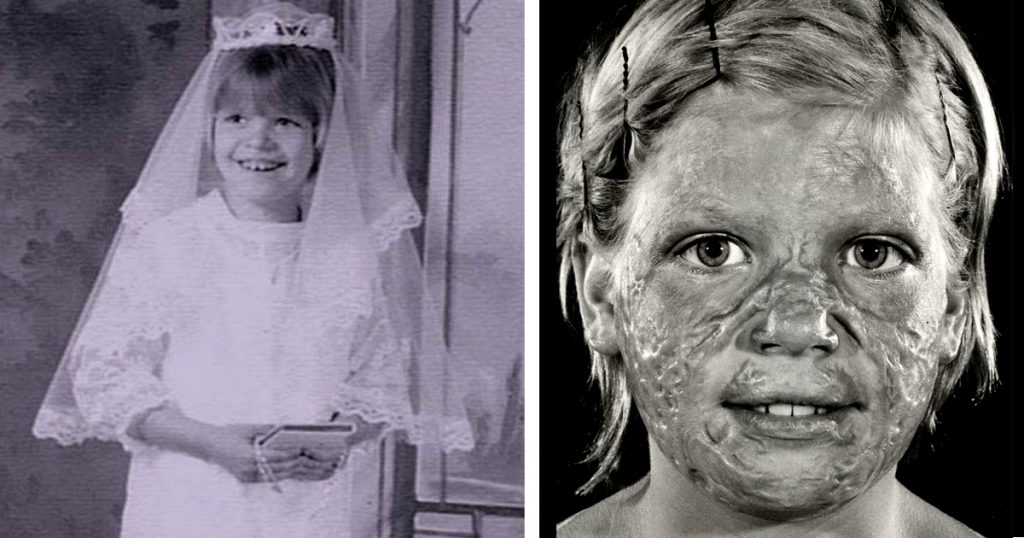 Pictured: Lesia before and then after the accident
Credit: Lesia Cartelli

Lesia could have remained withdrawn her whole life. When bad things happen, we can always choose to retreat or to let God give our pain purpose. Lesia chose the latter, realizing she was put on this Earth to do more than just survive.

“My life got better when I started to look at my life as a gift,” Lesia said.

RELATED: Bullied Burn Victim Hated Her ‘Crocodile' Skin For Years, Then Her Daughter Changed Everything

“The common denominator among burn survivors is the feeling of being alone - even when they have amazing support at home,” says Dana Kuhn, director of programs at the Burn Institute in San Diego. “Once you go to a gathering of survivors, you no longer have that sense of being alone.”

She got the idea while running a burn camp in San Diego.

“Three teenage girls walked by me with their heads sinking down,” Lesia recalled. “I knew I was failing because on Monday, back in their regular lives, they'd have the same horrible days. I was not giving them what I knew they really needed – to grow spiritually while looking different, learning how to master the social world with confidence, and teaching them how to handle teasing and rejection.”

Volunteers and therapists at the Angel Faces retreats help the girls accept their new appearance, working to boost their self-esteem, as well as providing ways they can live a positive life. Those who attend describe it as a life-changing experience. And they point to Lesia as a huge inspiration.

"She's like a ball of sunshine," said Casi Smith, a 17-year-old with burns on her face she received as an infant when a hot iron accidentally fell into her bassinet. "She told me that from looking at her, I could see everything she's been through. But here she is, instead of hiding, she's helping people. To me, that was amazing. I don't know if I could ever do that."

As a woman burned in a gas explosion, Lesia is able to connect with these young ladies on a personal level, as someone who knows what they’re going through. Her heart for helping others motivates fellow burn victims to take control of their circumstances. 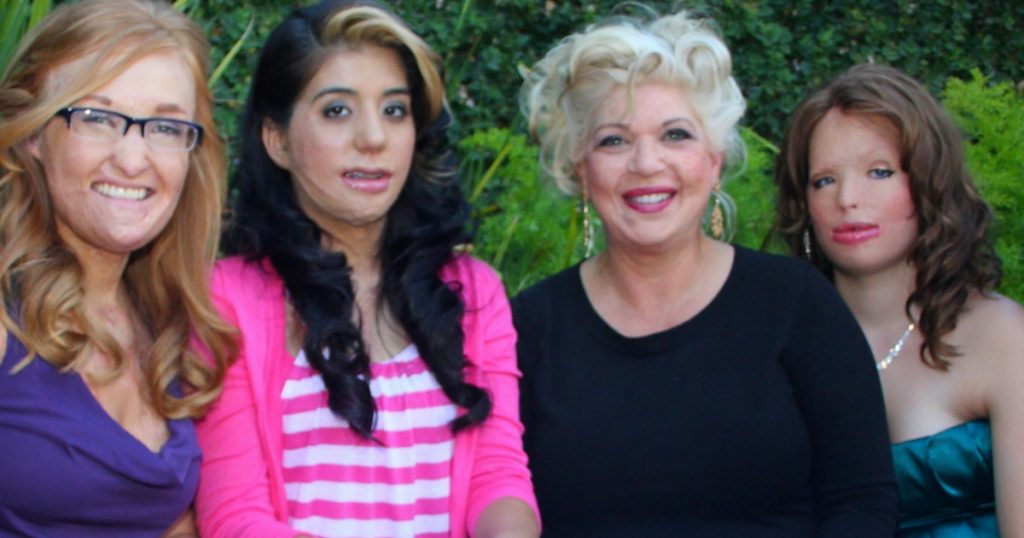 "Lesia always talks about not wasting your pain. She knows that for some, it's easy to go into depression. But she makes you so excited. When you talk to her, you can't stop smiling," says Adriana Ramirez, who accidentally tripped and spilled hot cooking oil on 40% of her body about a year and a half ago.

Each of these women are miracles. They are blessed to have survived horrible accidents most of us can’t even imagine. Yet, surviving the incident is just the beginning. Lesia describes the period following the actual event causing the burns as a "trauma cocoon."

YOU MAY ALSO LIKE: Inspirational Life Story Of Woman With Rare Skin Disorder Often Mistaken For Burns

And that’s where she steps in.

“I didn't want any other girl to go through what I had gone through,” she says. “We offer a place where the girls can go and lay down their social armor, lay down their swords and begin to really heal.”

Lesia is a beautiful testament to how our Lord works. There will always be pain and suffering in this broken world. But for those who turn it all over to God and allow Him to use it, amazing things can happen!

“The Lord is close to the brokenhearted and saves those who are crushed in spirit.” Psalm 34:18